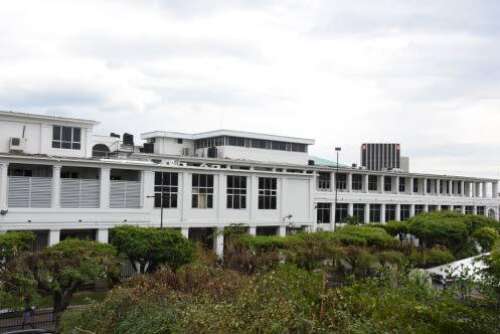 A view of the Court of Appeal in downtown Kingston (Photo: Michael Gordon)

KINGSTON, Jamaica – The Jamaica Court of Appeal is celebrating 60 years since its establishment on July 31, 1962.

He observes the milestone at the same time as the country celebrates its Diamond Jubilee.

“As the Court of Appeals, we are happy to celebrate this important milestone with the rest of our country. The Court of Appeal has played an important role in protecting the rights of the Jamaican people; and also in the development of Caribbean jurisprudence. I am very happy to be President at this time and the judges here are fully committed to ensuring that over the next 60 years the work of the Court reaches even greater heights,” said Justice Patrick Brooks , President of the Court of Appeal.

A statement from the Courts Administration Division (CAD) pointed out that at the dawn of independence on 31 July 1962, the Justice (Jurisdiction of Appeal) Act was passed, creating a new Court of Appeal for Jamaica. The Act was issued on August 5, 1962 by then Governor of Jamaica, Sir Kenneth Blackburne.

“This new court took over the work of the old court of appeals which was formed in 1935 and which, prior to the creation of the new court, consisted of three Supreme Court justices, sitting together,” CAD noted.

He said an appeals court is important for independent jurisdictions because it provides guidance to the profession, litigants and the general public on what the law is and how it should be interpreted.

The court has grown considerably since 1962, when legislation only allowed four judges – three, alongside the president. The law then, as it does now, also allows the Chief Justice to be invited to sit as a member of the court if there is a panel of five judges sitting for a case. The court’s number of judges increased to seven in 1967 and remained at that number for 41 years until 2008 when the number was increased to its current capacity of 13 judges. However, due to space constraints, the court did not use its full staff until 2019, when the building it now occupies was renovated and extended with funding from the European Union.

During the week of celebrations, from July 31 to August 5, the courtyard will host events including a religious service at Saints Peter and Paul Catholic Church on July 31 at 9:00 a.m., a public exhibition which opens on Tuesday 2 August which will take people on a walk through the annals of history to showcase important court milestones over the past 60 years; a public lecture on Wednesday August 3 which will be given by the President of the Caribbean Court of Justice (CCJ), Justice Adrian Saunders on the theme “The role of the CCJ in the construction of Caribbean jurisprudence”; and a special court session on Friday, August 5 at 9:30 a.m. All of these events will be streamed live on the Judiciary’s You Tube channel – Jamaican Judiciary.

The theme of the celebration is the Court’s vision statement: “Serving all stakeholders with excellence”.