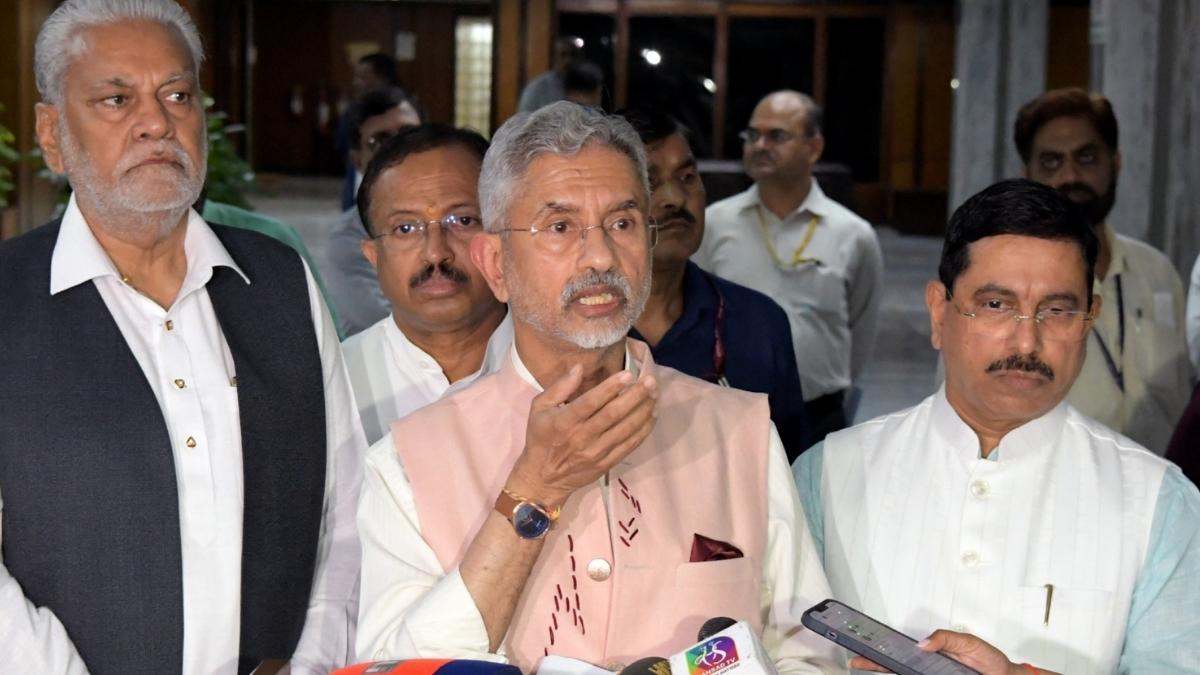 External Affairs Minister S Jaishankar said on Tuesday that the crisis in Sri Lanka is very serious and India is understandably concerned as the matter concerns a very close neighbour. Jaishankar’s remarks came after he attended a multi-party meeting in New Delhi, attended by P Chidambaram and Manickam Tagore of Congress, NCP leader Sharad Pawar and TR Baalu ​​and MM Abdulla of DMK, among others, on the situation in Sri Lanka.

“The reason why we have taken the initiative to ask all of you to join a multi-stakeholder meeting because this is a very serious crisis and what we are seeing in Sri Lanka is in many ways a situation without previous,” Jaishankar said, adding, “This is a matter of a very close neighbor and given the proximity, we naturally worry about the consequences, the spillover it has for us.”

Jaishankar, dismissing apprehensions about such a situation in India, said there had been “ill-informed comparisons” in the context of Sri Lanka where some people asked if “such a situation can happen in India”.

“So we had asked the Ministry of Finance to make a presentation that highlighted, by state, the comparison of expenditure to revenue, liabilities to GSDP, growth rate or liabilities of various Indian states, budgetary borrowings that they have effected, the mortgage of the assets,” Jaishankar added.

Jaishankar said India has approached the situation in a very humanistic way and is ready to help the crisis-hit country in every way. “We have approached it (the situation in Sri Lanka) in a very humanistic way through our neighborhood policy first. They are still in a very delicate situation. As their discussions with the IMF progress , whatever support we can provide in terms of working with relevant agencies, we will,” he said.

Sri Lanka is facing its worst economic crisis in seven decades, with a severe shortage of foreign exchange hampering the import of essentials including food, fuel and medicine. The economic crisis has also sparked a political crisis in the island nation after a popular uprising against the government. Acting President Ranil Wickremesinghe has declared a state of emergency in the country.

(With contributions from agencies)