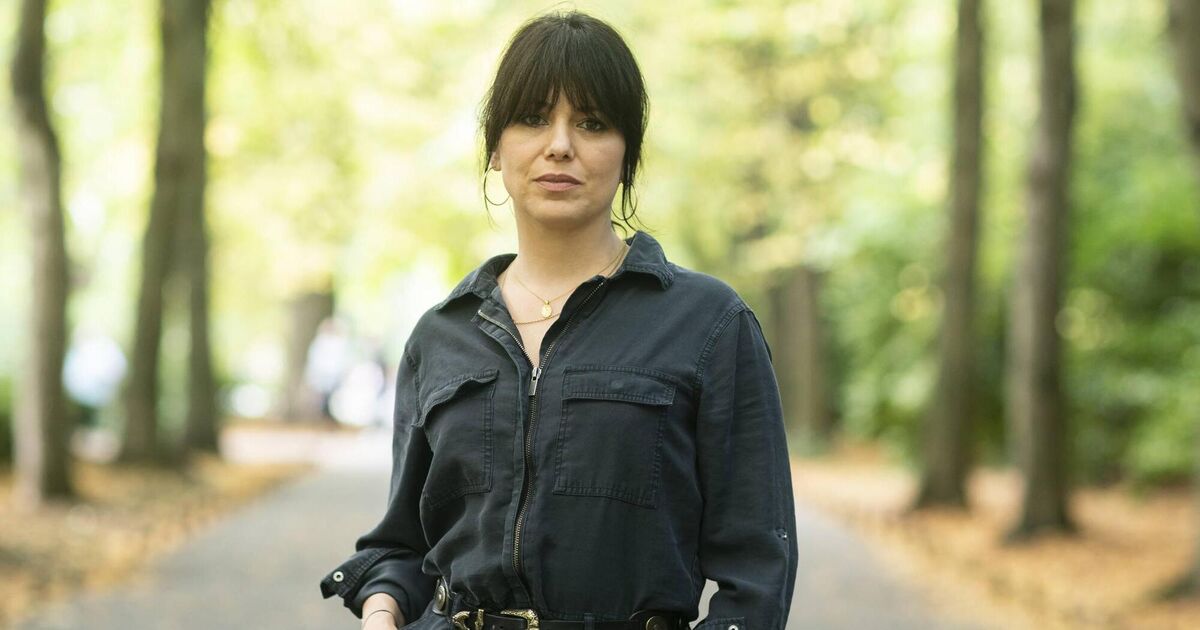 Imelda May, 47, grew up in the Liberties district of Dublin. Her third album, Mayhem, was released in 2010 and received international critical acclaim. She has collaborated and performed with Bono, Jools Holland and T-Bone Burnett. In 2021, Faber Music publishes its first collection of poetry, A Lick and a Promise. She will host Voices of Ireland, a two-part documentary series exploring famous Irish writers on Sky Arts and Now TV, which premieres Tuesday, December 14.

My earliest memories of music are songs at home around Christmas time or birthdays. There was always a moment in the night when mom would say, “No, who’s starting the song?” It wouldn’t be a party without it. She would point to someone and then there would be no way to stop us. There were five kids, aunts and uncles singing all night long, all kinds of songs – old Irish songs, rebellious songs, show tunes. When I was about four years old, my aunt Kathleen taught me The Red, Red Robin and a little tap dance: “When the red, red robin comes bob, bop bobbin ‘long…”

Instead of reading bedtime stories, my dad would read poetry to us. He used to play them. How much better can you get? He loved Pat Ingoldsby, Spike Milligan, WB Yeats. He read to me Tolkien’s Lord of the Rings from start to finish. Hans Christian Andersen was a big favorite and the Brothers Grimm, which was really dark. The Little Match Girl was my favorite when I was about six years old. I cried every time. He used to say, “Why do you want to read this one? I would say, “I don’t know. I love her. “I do the same with my daughter who is nine now. She keeps asking for The Nightingale and the Rose by Oscar Wilde. We both cry at the end. I pass the tradition on.

The open mic session in the Brussels basement on Grafton Street in Dublin was a great thing for me as a teenager. My brothers and sisters brought me. I used to have the keys to the songs secretly written in my arms in case they said, “Anyone know this one? There was no process, it was just wild surrender in the most beautiful way. It was full of wonderfully talented people – some of the Hot House Flowers, some of the Van Morrison band, Emotional Fish, These Handsome Devils, The Stunning, Mary Stokes. I was learning from the best.

After Brussels there was a nightclub on Leeson St where we went. The jam session lasted until about six in the morning. I remember Richie Buckley, the saxophonist, looking after me. He ate breakfast for me before my dad came to take me home. My father would pass by and drive me to the bus stop before I went to work. I was obsessed with it and my dad could see it. He knew I was happy.

A song is a story in music

I learned to sing with heart in Brussels. I was singing 12 bar blues. I realized you have to sing it with every ounce of your body. It reminded me of those traditional sessions with my family where if you sing you have to think every word. You have to feel it. My mom said to me one night when she got home, “Remember, a song is just a story for music and it’s your job to tell that story.

I started my first band when I was 17 at a place called Jazz Café on Parliament Street in Dublin. A friend of mine created the cafe. I said, “Do you have any music? He said no. “I said,” Well, you can’t call it a jazz cafe if you don’t have jazz. I’m going to start a band. He said, “I can’t do anything. pay you, but I can give you a hot meal, a bottle of wine and maybe £ 30 per person. “I remember calling everyone I had met in Brussels. They couldn’t commit to doing so. part of a band, so I changed bands every week. We rehearsed on Wednesday, played on a Friday. The whole thing would usually be the same songs, but different bands and I. It was a great concept; I have to try again!

I used to sing Billie Holiday’s Strange Fruit. This song and it knocked me down. She had a huge influence. I didn’t know at the time that she was a legend. I discovered it for myself. I’m glad I did; nobody played it to me and said, “You must hear that. I watched the movie Lady Sings the Blues, with Diana Ross playing her with my dad. It was a moment for me. The first record I bought was The Best of Billie Holiday with music vouchers I received for my birthday; my brother Fintan brought me to HMV. I listened to it over and over again. I could relate to her on a lot of different things. She moved me.

I got mad at Charles Bukowski until I realized he was such a horrible person, but I still love his writing, his rawness and his honesty. It’s conflicting. You cannot escape what he says and how he says it. There is no need to mince words. You’ll definitely find some beauty there, but it’s almost the opposite of, say, WB Yeats aiming for the stars. It is very earthy. It confronts you with reality.

Marina Abramović is probably the queen of performance art. I love the courage of this woman. She would do things like have an exhibit of her work and the only way to get into the exhibit would be for everyone to sneak through a narrow door with a naked man and a naked woman on either side. She would let you watch who you turned to, leaving you thinking. Which way would you enter this room? Would you enter the room? Would that make you too uncomfortable?

I love Francis Bacon. His art can sometimes be disturbing if you look at it for long enough. It destabilizes you, which is a good thing. Art should always disturb you a little and comfort you. He can shake you up and soothe you. He can slap your ass and kiss you on the head.

If someone hasn’t gone to his studio – which they recreated at the Dublin City Gallery – they’re crazy not to go and see him. They brought his studio from London to Dublin, meticulously measuring everything so that it was recreated exactly as it was, with glass all around. His art workshop in all its splendor.