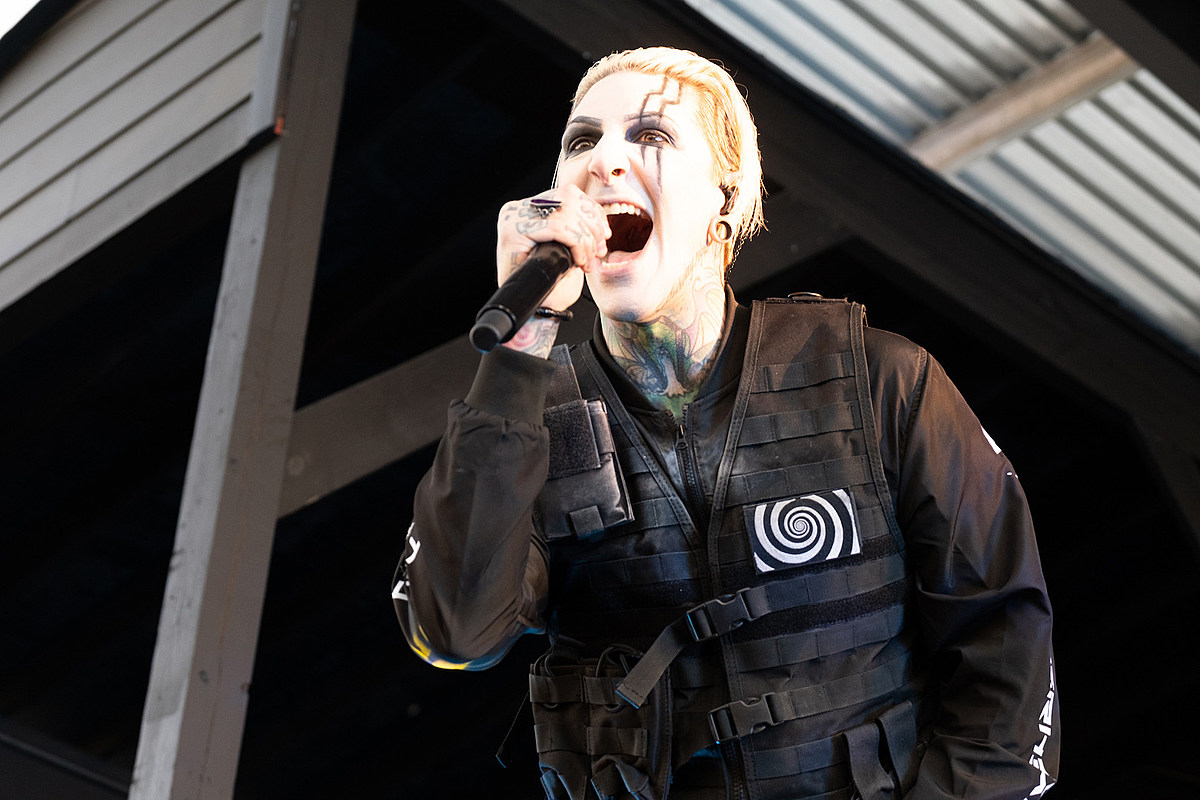 Motionless in White are, of course, known for their hard-hitting tracks, but they also like to dabble in the softer end of the spectrum. Frontman Chris Motionless has no problem switching between writing heavy songs and ballads, but admitted his mindset can really impact the outcome of those.

The band’s forthcoming sixth studio album Mark the end of the world drops this Friday (June 10), and among the four songs they’ve already shared are “Slaughterhouse” and “Masterpiece” — which are polar opposites, sonically. Immobile told Loudwire Nights host Toni Gonzalez that he felt their softer songs connected more with their audience, despite their reputation for being heavy.

“What I think is really, really cool is since our last album [2019’s Disguise], we released a song called “Another Life”. And that song seems to have struck a chord with fans who like heavy stuff, rock stuff, whatever – it just felt like that song really opened the door for people to be okay with the fact that the band is ‘not always in a ‘pounding’ position,” Motionless recalled.

“You can tell when ‘Masterpiece’ came out, fans love songs that have this deep, honest, heartfelt connection,” he continued. “You can have a song that’s angry like ‘Slaughterhouse’, you can have a battle cry type song like ‘Cyberhex’. They do well, but nothing beats raw, deep lyrics like ‘Masterpiece’, so you can absolutely tell most of the fans are excited about it.”

When it comes to creating the songs, the leader is able to sit down with an idea of ​​the type of mood they want to write about. But being in that particular headspace, he said, helps amplify them and make them even better.

“I can say, ‘I’m going to sit down and write a heavy song.’ And I could, but would it be as good as if it was born more out of that emotion, that feeling? For us, historically, it’s more about the mindset that you’re in. Like during the pandemic, if I’m feeling really aggressive about something, then I started working on ‘Slaughterhouse’ around that time,” he explained.

“Masterpiece,” on the other hand, was written during a darker, more thoughtful time that Motionless had experienced during lockdown, which is encapsulated in the song.

Motionless in White is hosting a release party for Mark the end of the world June 10 at FM Kirby Center in Wilkes-Barre, Pennsylvania. The following day, they will do a livestream to commemorate its release, then have shows scheduled in Australia, as well as North American festival performances throughout the summer and early fall. See all of their scheduled dates and get tickets on their website.

Loudwire Nights with Toni Gonzalez airs nightly starting at 7 p.m. ET. You can connect anytime, from anywhere here or by downloading the Loudwire app.