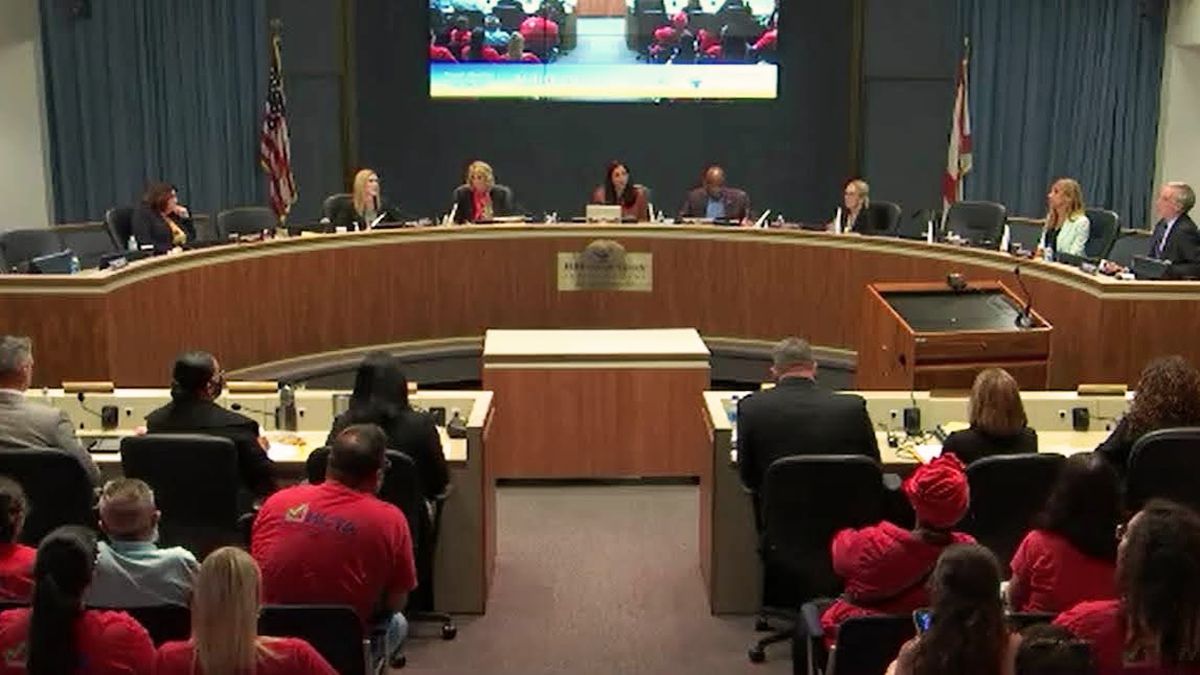 Hillsborough County teachers can resume lessons on human sexuality despite calls to remove detailed descriptions of the human body.

“This is a program that is close to our hearts,” Superintendent Addison Davis said at Tuesday’s school board meeting. A vote was necessary because state law requires annual approval for 7th, 8th, and 9th grade reproductive health and disease courses.

School board member Lynn Gray noted that the program has been reviewed by community members and lawyers. As a grandmother, she says, she’d rather see kids learning from experts than researching human sexuality on their cellphones.

However, speakers in the audience said students would be given information about sex at too young an age and the parent opt-out form was not clear enough to explain why they might want to keep their children out of class.

In an email campaign that preceded the meeting, critics objected to links in educational materials to Planned Parenthood documents. They said children should be able to use phrases such as “private parts” instead of specific terms for genitals, even when reporting an assault.

A widely shared email from Kemple took issue with a phrase in the material reminding teachers that a student’s gender identity is not always the same as sexual anatomy. He interpreted this passage to mean “there are more than two sexes”.

Among the speakers at Tuesday’s meeting was Hillsdale Baptist Church pastor Travis Smith, who told the school board, “I don’t tolerate anyone who violates a child’s purity. And neither should you.

“While I understand that talking about sex and body parts can be very uncomfortable, the reality is that most of these children are not learning what they need to know to stay healthy,” she said. declared.

The back and forth continued as the board considered whether to approve the lessons or defer a vote until the next meeting.

Board members Melissa Snively and Stacey Hahn, who also sided with parents who want tighter control of library books, tried to postpone it.

Hahn expressed concerns about links to materials describing condoms and morning after pills.

Board member Karen Perez countered with data from the Centers for Disease Control and Prevention showing that 1 in 4 girls and 1 in 13 boys experience sexual abuse. Member Jessica Vaughn cited surveys to show that students become more sexually responsible after class, and most believe they are correct in their level of detail.

We’ll break down the local and national education developments you need to know every Thursday.

You are all registered!

Want more of our free weekly newsletters in your inbox? Let’s start.

Explore all your options

President Nadia Combs added, “We can’t live in the 1950s. That’s the reality.”

The board approved the 5-2 schedule, with Hahn and Snively dissenting.