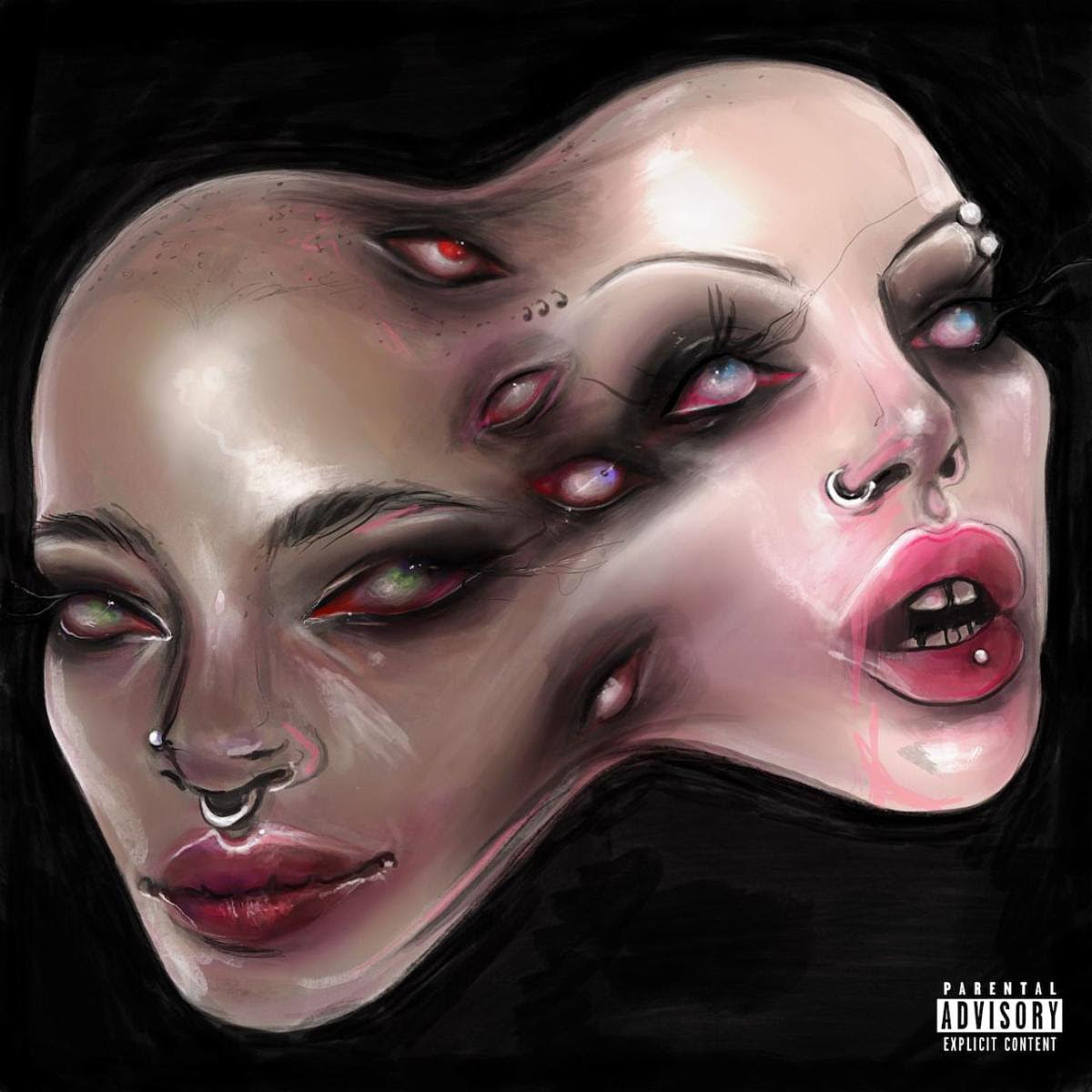 So many artists, so little time. Every week, we review a handful of new albums (from all genres), round up even more new music that we’d call “indie” and talk about what’s coming out of metal. We post music news, track premieres and more all day. We update a weekly playlist of some of our current favorite tracks. Here is a daily summary with a bunch of interesting and recently released songs in one place.

Coachella to headline Harry Styles’ new album Harry’s house drops on May 20 via Columbia, and lead single “As It Was” finds him putting a modern spin on driving, a subtle new wave with an ever-so-slightly psychedelic vibe. If you’re wondering why the former One Direction member is headlining the “alternative” Coachella festival, well, this song is pretty clearly aimed at a more alternative audience, and it’s also pretty good.

LIAM GALLAGHER – “Come on, you know”

Former Oasis singer Liam Gallagher has shared the title track from his upcoming second solo album, Come on you know. He co-wrote it with hitmaker Andrew Wyatt and is a real stomper.

Freddie Gibbs continues to release singles ahead of his Warner debut, and here’s one that finds him effortlessly cool to a Kenny Beats beat, and he gets some welcome help from Rick Ross.

SCREAMING WOMEN – “ON MY RADIO” (THE SELECTOR COVER)

Screaming Females have shared a cover of The Selecter’s classic 2-Tone ska single “On My Radio”. They deliver a fiery but respectful cover of the song. The band says: “At the start of the pandemic, we were asked to cover a punk rock song from the 1980s for a special edition of the comic What is the farthest place from here. Mike immediately said “We should do a ska song” to which Jarrett replied “Cool”. It should be The Selecter,” quickly followed by Marissa stating, “Great. Let’s do On My Radio.’ It happened in about 30 seconds. I don’t know if we’ve ever made such a quick decision as a group. A lot of people know The Specials but The Selecter should be just as famous. Their debut string of singles and debut LP are legendary and Pauline Black’s live performances, as captured in Dance Craze, are absolutely transcendent.”

For Bandcamp Friday and in honor of the first anniversary of their 2021 album heart runnerHit Like a Girl has shared an EP featuring acoustic renditions of some of their favorite tracks from the album, as well as a new song.

Grizzly Bear’s Chris Bear has a high-concept solo project called Fools that only releases music on April Fool’s Day and tends to release covers that have “Fool” in the title. This is the third year he’s done it and is performing “Only a Fool Would Say That” by Steely Dan. Can we request The Doobie Brothers for 2023?

Fresh off a Travis Barker-assisted pop punk album, WILLOW is branching out into industrial/alt metal with the help of Siiickbrain on new single “Purge.”

R&B singer Ella Mai will release her second album, Have the heart on the hand, May 6 via 10 Summers/Interscope. It contains features from Latto, Roddy Ricch and Lucky Daye, and it includes his syrupy new single “Leave You Alone”.

THE LORD – “TRIOMPH OF THE OAK” (ft. MAYHEM’S ATTILA CSIHAR)

Greg Anderson, member of Sunn O)))/Goatsnake and founder of Southern Lord, releases his first solo album under the name The Lord, Night of the forest, April 23 via Southern Lord. It was produced by Brad Wood, and the spooky lead single “Triumph of the Oak” features croaky vocals from Mayhem’s Attila Csihar.

The veteran ska-punk sergeant. Scag is gearing up for a new EP, At least almost half deadand the first single is “Spotless and Sponsored”, a ripper that will take you back to the peak of ’90s ska-punk but still sounds fresh in 2022 too.

DREEZY – “THEY ARE NOT READY”

A$AP Mob members Ant and Rocky team up for a new song with fuzzy production that harks back to Rocky’s cloud rap roots and an equally drugged video.

CHRONIXX – “NEVER GIVE UP”

As we patiently wait for Chronixx’s long-awaited new album, he has released the hot and breezy new single “Never Give Up”.

Inhuman Condition, the new band of recent/former Massacre members Jeramie Kling and Taylor Nordberg and legendary Massacre member Terry Butler (also of Death, Obituary and Six Feet Under), will release their second album Scared on July 15 via a self-release, and lead single “Recycled Hate” harkens straight back to the OG death metal era.

HAUNT – “WINDOWS TO YOUR HEART”

Heavy metal traditionalists Haunt will release their new album Windows of your heart on May 14 via Iron Grip/Church Recordings, and they still sound retro with the ’80s glitz of lead single “Windows of Your Heart.”

Prolific underground rapper Homeboy Sandman returns with the light and offbeat song “A!”

Texas emo band football etc. are back with their first release in five years, the four songs Vision EP, which was recorded and mixed by J. Robbins of Jawbox, who also played mellotron on the title track. The EP finds them in great shape, putting a fresh spin on ’90s indie-emo.

Brazilian drag queen and singer-songwriter Pabllo Vittar has teamed up with Rina Sawayama for this new dancefloor-ready single. “I’m so excited to release this song with Rina – she’s such an icon, and I’m so glad we were able to make this song work because it’s the perfect combination of our musical styles,” Vittar said. “I really hope the fans love it as much as we do. Shooting the video was also a lot of fun, wearing iconic outfits and strutting on the catwalk! SERVE!”

Members of UK punk bands Chubby & the Gang, Big Cheese and Game have formed a new band, The Hazmats, and the project gives them a chance to explore lighter indie pop, citing influences like Teenage Fanclub and C-86 . Their first two-song single arrives 4/22 via Static Shock Records and now you can hear a song.

LADY LAMB – “WOLVES OF MY NEED”

Lady Lamb shared a new single, ‘Ivy’, yesterday, and now she’s shared a second, more laid back but no less soulful, with some lovely chords.

Bronx rapper-singer A Boogie Wit Da Hoodie has released two versions of his catchy new single “Playa,” one with HER and one with Ella Bands.

MOTHMAN – “NEVER LET ME CATCH YOU”

Austin’s Mothman has announced a new album, Cancer withdrawaldue out June 3 via Dark Trail Records, and new single “Don’t Ever Let Me Catch You” is a mind-blowing dose of chaotic hardcore/mathcore.

New foals album life is yours seems to be the band’s most pop to date, as this new single highlights. “It goes back to a more hedonistic time in my life and a more innocent time in society at large, before the pandemic and before the existential threat of climate change,” says leader Yannis Philippakis. “It’s set in a laneway in Oxford with two clubs – The Cellar and The Wheatsheaf – that all of the city’s nightlife gravitated towards. This was before the clubs started closing and our cities started transforming to more corporate and arid places.There is an element of being haunted by the nightlife that is no longer there.

For Bandcamp Friday, Ted released this three-song EP. “Two more never officially released tracks from the last few years in the desert, remixed and remastered,” Ted explains. He also notes that “since the second is basically a weird attempt to emulate Traffic (I just realized)”, he included a cover of Traffic’s “Heaven is in Your Mind”.

Former TEEN frontman Teeny Lieberson has been playing Lou Tides for a few years now, having created a live multimedia show with drummer Sarah Galdes unlike anything she’s done with her band. Lou has just announced his first EP, Infinite loopwhich will be released on May 20. It’s the first single.

Philadelphia post-hardcore band ASkySoBlack have announced their second EP (and first for New Morality Zine label), and you can read more about the first single “See You Sacred” here.

City Girls tapped Fivio Foreign for a new exercise-inspired single and you can find out more here.

Municipal Waste have announced their first album in five years, electrified brainand shared new single “Grave Dive”, which vocalist Tony Foresta says is “an inspirational song for our fans to hurt themselves, but in a strong and healthy way, of course”.