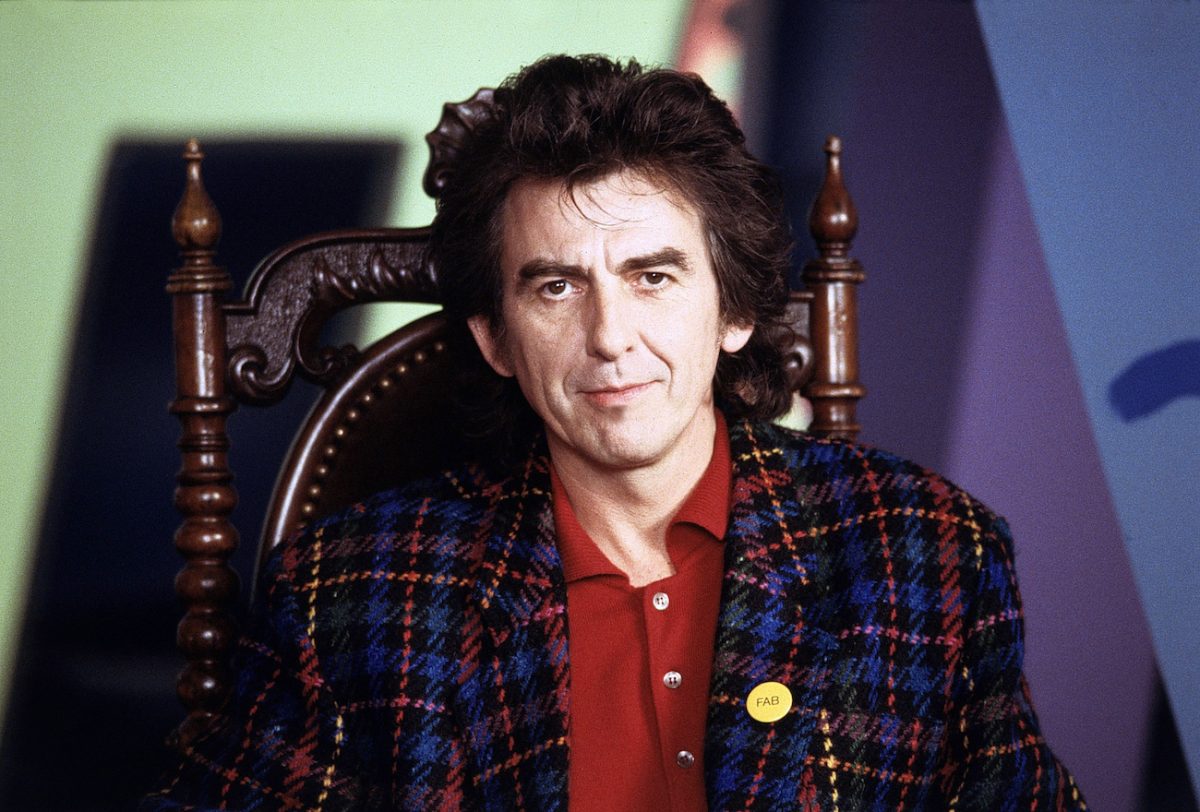 Many things have inspired George Harrison, even other rock musicians. After the former Beatle went to a few Eurythmics gigs, George left thinking he could write similar songs. He came up with his song “Devil’s Radio”.

During an interview with Creem magazine in 1987, George explained how he created “Devil’s Radio”, the seventh track on Cloud.

“I have to walk past this little church to take my boy to school and they have a little notice board just a little sign outside the church saying, ‘Gossip: The Devil’s Radio… Don’t Be A Broadcaster’,” George said. “That’s it. So I thought, that’s good, that’s a song, and I wrote it while going to one of the Eurythmics concerts.

“I kind of spent some time with Dave Stewart, watching his live show on what was this tour called? Revenge. The Revenge Tour was coming to England and I went to a few gigs and I was like : ‘Yeah, I can do it. I can write them. So I wrote some rockers.

RELATED: George Harrison Said Waiting to Perform at the Prince’s Trust Concert Was Like Waiting for the Electric Chair

Elsewhere in the Creem interview, George spoke about the musical John, Paul, George, Ringo… and Bertie, which debuted in Liverpool in 1974 and then traveled to London. George said the musical did what he warned against on “Devil’s Radio”.

George explained: “I saw it until intermission and then I saw it with my friend Derek Taylor, who is a writer who worked for Warner Bros. and Apple – I told him we had to leave now or I’m gonna jump on this stage and strangle these people. It was horrible.

“All these idiots are playing people – it’s like I say on ‘The Devil’s Radio’, talking about what they don’t know. It’s like a rumour. It’s like those Beatles cartoons, and it’s was so inaccurate that it was sickening to have been one.

In “Devil’s Radio”, George sings, “He’s in the movies and the songs and all your magazines / It’s everywhere you can go, Devil’s Radio.”

RELATED: George Harrison Used to Tell Paul McCartney There Was No Need to Feud With Yoko Ono

What George was really saying in the song

George perfectly describes his feelings about gossip in “Devil’s Radio”. He replaces “gossip” with words like “vultures”, “weeds”, “pollution” and “industrial waste”.

It all boils down to talking about something you don’t know about, whether it’s through the media, movies, TV, or whatever. George hated the press, which lied about him just to sell a newspaper. With everything going on in his life, he was determined to set the record straight.

By 1987, George had had enough of the gossip, and Eurythmics’ music only motivated him to write more “Devil’s Radio.”

RELATED: What George Harrison Thought About John Lennon’s Comments on His Memoir