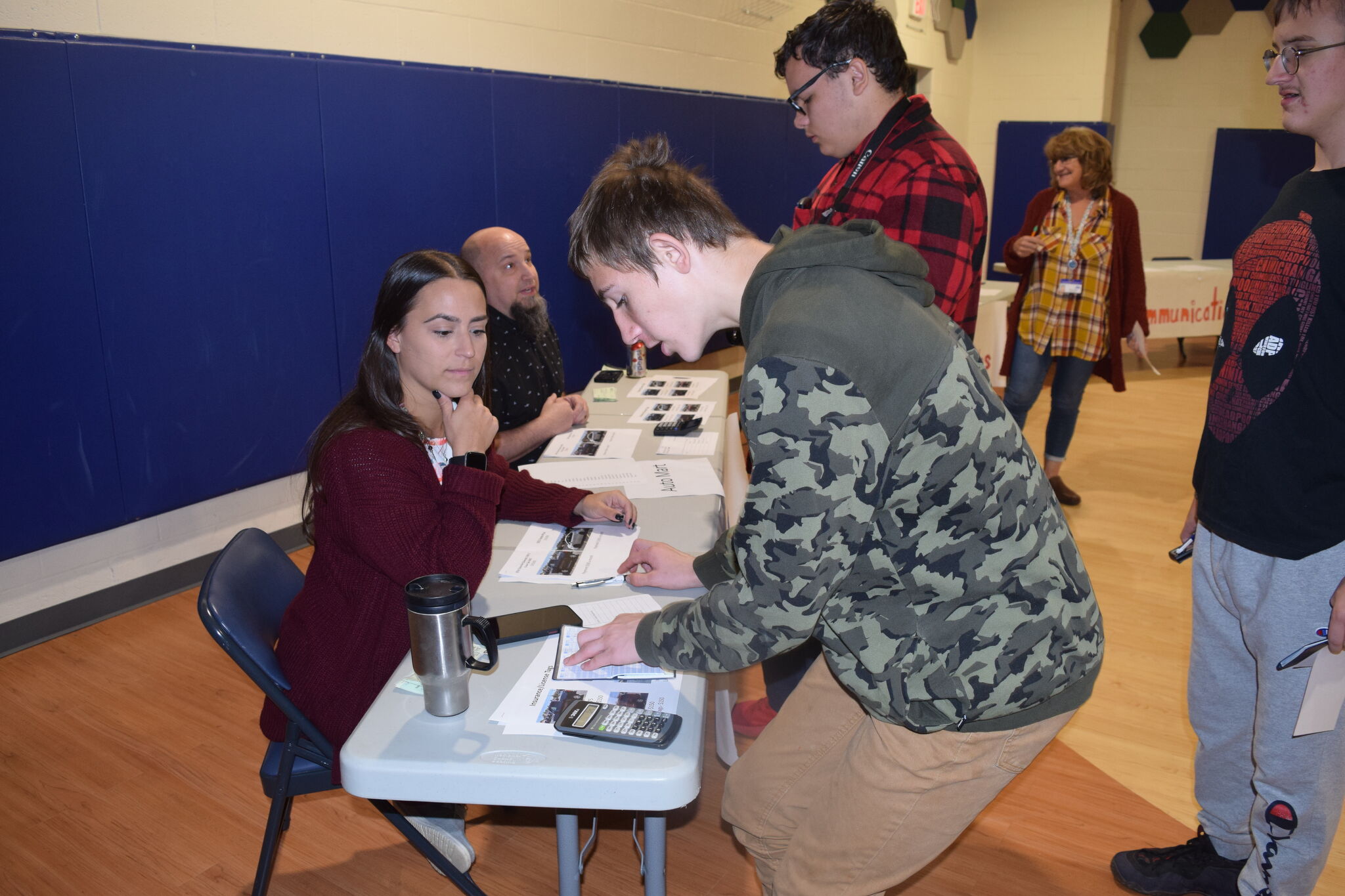 About 45 middle and high school students participated in the event on Thursday. They were each assigned a job and a monthly salary before heading to stalls representing things like transport, insurance and entertainment. Volunteers from the Jacksonville and South Jacksonville Police Departments, Jacksonville Main Street and First Christian Church were among those manning the booths.

The students budgeted their money and made life decisions about what to spend at each booth. When they were done, they took their remaining money to a cash register to see how they spent and saved their money. They were rewarded with treats based on their performance.

The fair was part of Garrison’s consumer education unit. Megan Graves, a special education teacher, said the school wanted to practice some of the lessons taught, such as writing checks and paying bills.

“We can teach as many lessons as we want, but until they get that hands-on experience and some sort of role play, that’s when it really starts to sink in for them. “, she said.

Some students have been able to grow their money. Aydan Clark, a seventh-grade student, was a firefighter for the fair, with a budget of $775 a month. He spent $765 on housing, car insurance, health insurance, utilities and a surprise visit to the dentist for a chipped tooth.

Clark was able to do things like babysit for extra money and negotiate his utility bill from $90 to $55 to save money. A staff member with him said he would get his food from food banks and the Salvation Army as part of the scenario.

Clark said it was “really hard” to hold on to his money and he learned “not to spend it all in one place”.

Other students weren’t so lucky. Eighth grade Evan Spray also received $775 to work for the month, being given the role of a teacher’s assistant. After spending money on a car, paying for a car, and renting his apartment, he found himself without enough money to spend anything else at the fair.

Spray said the fair taught him that “you have to get a better job and work harder” and do well in school.