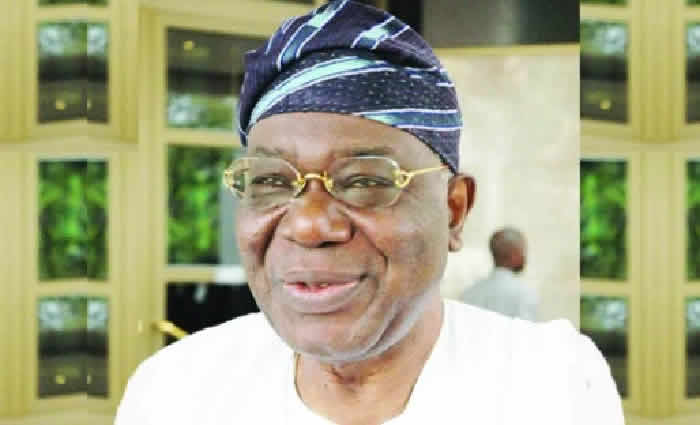 The funeral of the former head of the interim national government, Chief Ernest Shonekan, began in Lagos on Tuesday with a carol service.

Family and friends of the late statesman paid their respects during the event held at the Cathedral Church of Christ, Marina.

The deceased’s first son, Adeboye Shonekan, said his father was a lover of humanity and God.

He said so in his vote of thanks at the event.

“Even though we feel his absence, we have been comforted by all the tributes we have heard about our dad. He had love for God and for humanity; he was a family man,” said Adeboye.

A professor of obstetrics and gynecology, Frank Giwa-Osagie, said Shonekan was humble to a fault.

“I live near him; we used to meet at the polling booth on election days. Everyone insisted that he and his wife be taken care of first, but Chief Shonekan usually refused the offer. This usually happens every election period. His life has proven that you can be humble, rise to the top and stay humble,” Giwa-Osagie said.

The president of the Torch Bearers Society, Cathedral Church of Christ, Lagos, Chief Gbolahan Ayodele, said Shonekan was the patron of many societies in the church.

Ayodele said: “His death came as a shock to us. Even if we are sad, we thank God for what he was able to accomplish during his lifetime.

“He took over the leadership of this country at a very difficult time. He will be missed by many people. »