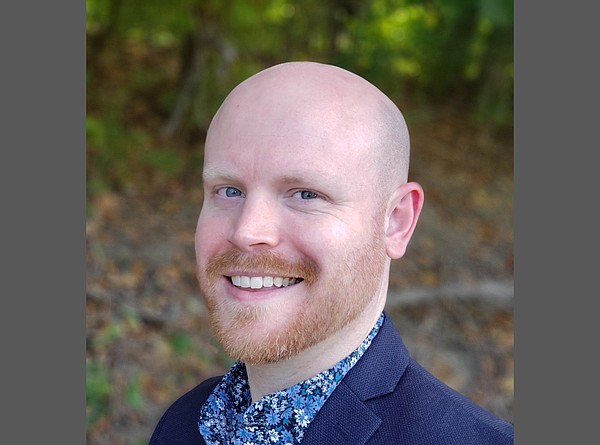 Sean Sweeden returns on October 23 to his old favorite Sunday morning haunt – the First United Methodist Church in Morrilton – and he will have the William Baker Festival Singers with him.

During the morning service, the band will perform new music by Sweeden, their composer-in-residence, as well as a number of old standards – mostly American hymns and spirituals.

In the afternoon, they will sing again, this time at the Abbey of Subiaco. The day before, they will also raise their voices during the Vigil Mass at St. Mary’s Catholic Church in Altus.

The opportunity to perform in the home state of Sweden appealed to Baker, the band’s founder.

“It gives us a chance to celebrate his music in his home regions and gives us a new place to go,” he said.

Bill Sardin, the pastor of the Morrilton congregation, is eager to welcome them.

“We are very excited and feel blessed to have a world-class choir come to perform in our city,” he said. “We are so grateful to Sean Sweeden.”

The church has an average attendance of around 80 people these days, but there is room for 250 in the sanctuary with more seats available in the overflow area.

Sardin anticipates a big turnout, “especially with Sean being part of the choir. He’s well-loved in the community,” he said.

Since its inception approximately a quarter of a century ago, the singers have alternated between regional and national tours each year, including appearances at the National Cathedral in Washington, Trinity Church Wall Street in New York, Cathedral St. James in Chicago and St. Louis Cathedral in New Orleans.

The singers have performed in 14 states.

“This is our first trip to Arkansas, so we’re really excited,” Baker said.

All three concerts are free and open to the public.

“We’ve been trying to make this happen since 2020,” Sweeden said.

“We started talking to people in Arkansas about places and things and trying to schedule things, and then the pandemic happened,” he said. “We had to cancel it twice. … I’m super excited that it’s finally happening.”

Sweeden, a graduate of Morrilton High School, is the son of Preston Sweeden, who served as music director for the Methodist congregation for nearly three decades.

The young Swede was also part of the musical program for a long time.

“I started singing in the adult choir when I was in fifth grade,” he said.

First alto, he became a tenor as he grew older. After graduating from high school, he continued to sing on Sundays, even during his years as a student at Arkansas Tech University in Russellville.

It will be nice to perform again at Subiaco Abbey and Altus Church, but Morrilton’s stoppage will be a homecoming, he noted.

“It’s going to be super, super special for me,” he said. “That’s where I learned to sing and appreciate music.”

If you are going to:

The William Baker Festival Singers will perform at: