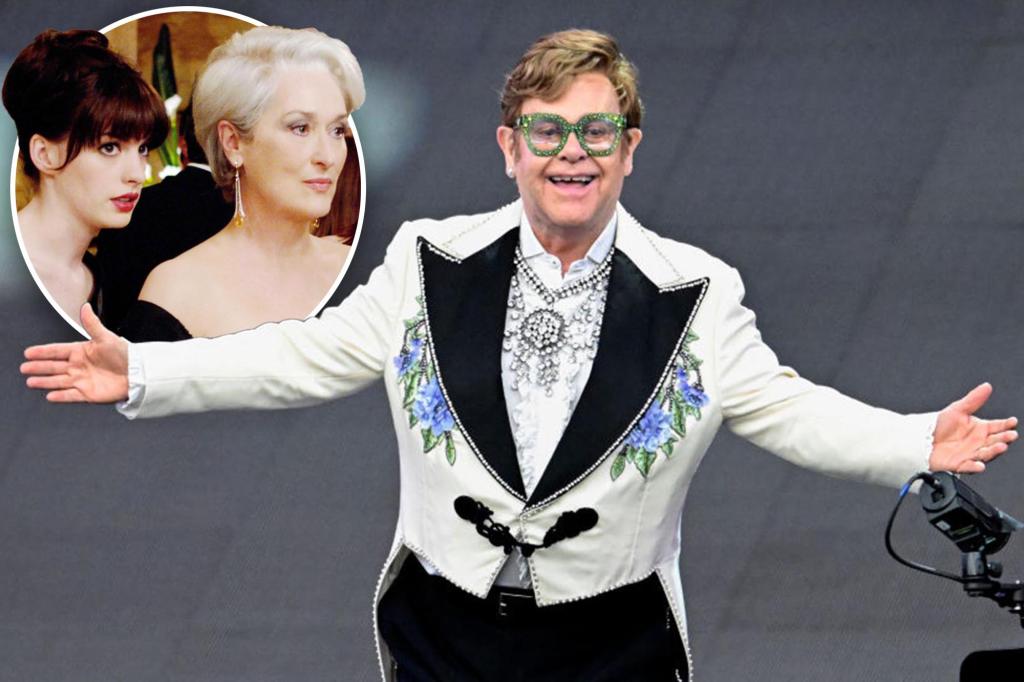 Elton John is writing the songs for the upcoming stage adaptation ‘Devil Wears Prada’ and it sure is”revolutionary.”

The 75-year-old singer revealed the show’s tunes would surprise fans, calling it “modern” in a new interview with People.

“It’s one of my favorite films and the subject matter of the film also calls for music,” John said. “But I just thought, ‘You must have characters that you can write [songs] for, and you have to have a backdrop that can inspire you musically,” and the movie does that.

The “Rocketman” said he enjoyed writing 20 songs for the show alongside his writing partner Shaina Taub (“Twelfth Night,” “As You Like It”).

The interview also included glimpses of John singing three of the show’s tunes, including “Dress Your Way Up”, “When a Legend Is Born” and, of course, “The Devil Wears Prada”.

“It’s like going to a rock concert,” he added.

“The Devil Wears Prada: The Musical” is based on Lauren Weisberger’s cutthroat fashion novel and the cult 2006 film starring Anne Hathaway, Emily Blunt and Meryl Streep.

The cast of the musical will be led by Tony winner Beth Leavel as Miranda Priestly and Taylor Iman Jones as Andy Sachs, characters played by Meryl Streep and Anne Hathaway respectively in the film.

An official synopsis for the show reads, “Runway Magazine. The supreme authority of the haute couture world and the new home of wizard Andy Sachs. It’s a job a million people would kill for, but under the pointed heels of legendary Runway editor Miranda Priestly, the job is no dream. Faced with dazzling leadership and stratospheric expectations from Miranda, Andy is pushed to the limit, forced to choose between her career and her own happiness.

Audiences can see the show July 19 through August 21 at the James M. Nederlander Theater in Chicago.