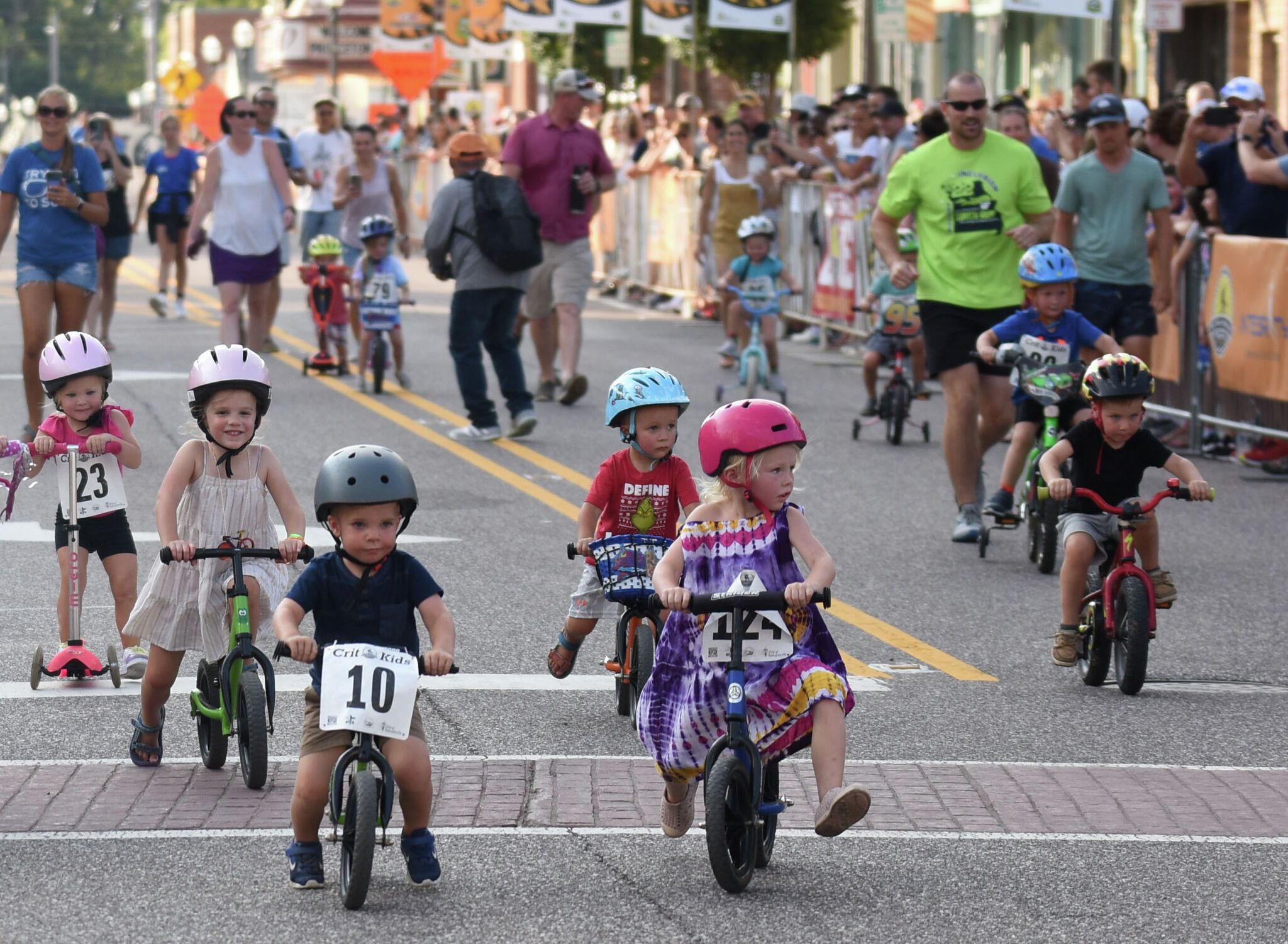 The Gaga Ball pit was one of the popular free activities offered by Kids Zone sponsors at the Busey Bank Edwardsville Rotary Criterium Festival on Saturday on Main Street.

The pit was provided by BSA Troop 8034 and allowed children to play what some say is the softer version of dodgeball, as players use a soft foam ball to hit their opponents.

Free helmets and accessories were made possible through SSM Health’s Cardinal Glennon Safety Program, the Township of Edwardsville and First Mid Bank & Trust. Other activities included crafts provided by the Edwardsville YMCA and informational activities and giveaways from the Madison County Green Schools Program.

Edwardsville Wrestling Club handed out loot and Prairie Farms was a crowd favorite with its free ice cream.

Gianna David, while having her helmet fitted, said her favorite part of the day was eating ice cream, although she planned to return to Gaga Ball before the Crit Kids Race.

She planned to race later with her younger brother, David. He said his sister had run two other times and liked to “go a little fast”.

Kristal and John Rundquist brought Auggie and Aspen to enjoy the Kids Zone. Although the family did not plan to participate in any races, they went out to have free fun and see the high-speed cyclists.

“We really like it,” said Kristal Rundquist. “There was a race in our old neighborhood that we loved, so we were so excited that we came to Edwardsville and saw there was a bike race. We never missed it.

The Kids Zone began filling up with bikes around 5 p.m. as youngsters aged 11 to 3 and under prepared for the races, which were divided by age group. Groups raced from the Kids Zone by Wildey Theater to the start/finish line. The older group of 9-11s ran two laps around the race course.

Before the start of the Kids Race, Lev Temko said he was looking forward to going fast on the track.

When asked if he would win, Temko was uncertain.

“I don’t know, maybe,” Temko said. “I think I could win today because I had practice wheels and now I don’t.”

Finley Maher, who took first place in the race for 4-6 year olds, said it was pretty nice to win.

“I’m still on my bike and I found out about this stuff and decided to do it,” he said.

His advice to budding runners is, “it’s fun and just pedal fast.”