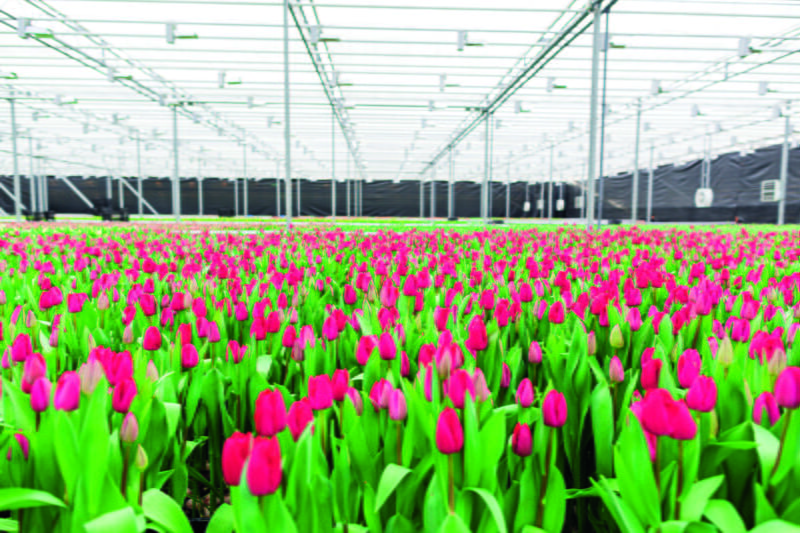 Ronald Robbertsen, Project Engineer at UK-based remote telemetry company Ovarro, explains why smart grids and remote telemetry units in the horticulture industry are helping the Netherlands achieve carbon neutrality by 2050 – with many lessons for Australia.

German-born theoretical physicist Albert Einstein once said, “Look deep into nature and you will understand everything better.”

The Netherlands is applying this philosophy to its energy transition from fossil fuels to renewables – which was previously lagging behind other European countries – by implementing a more sustainable approach to horticulture.

About 80% of the energy consumption in the Dutch municipality of Westland comes from horticultural companies. The horticulture industry plays a key role in the Netherlands’ move towards more renewable energy, although historically the industry has been a large user of natural gas.

But there is a lot to be done to make the Dutch horticultural industry more sustainable.

One such way to achieve increased sustainability is the proven method of including more solar panels on corporate rooftops. However, there are also new cultivation techniques such as “Het New Telenwhich translates to “The New Culture”, a national philosophy that aims to implement cultivation methods based on the latest knowledge of greenhouse effects on the Earth’s climate and the behaviors of horticultural businesses.

According to global horticultural specialist Royal Brinkman, Het New Telen involves controlling several factors, including climate equality to ensure that the climate in a greenhouse is at a certain level to reduce the risk of condensation in crops at higher humidity; air movement that stimulates crop evaporation; insulation and thermal radiation of crops; and dehumidification which can cause crop problems.

These principles are encompassed in the Dutch program “Greenhouse as Energy Source”, a national initiative of the Dutch Ministry of Agriculture designed to stimulate energy savings based on the use of sustainable energy in greenhouse horticulture.

For these diversified energy strategies to work at the national level, smart grids will prove essential. Wind, wave, marine, hydro, biomass, and solar are all viable alternative energy sources, but managing them efficiently through a smart grid is only achievable through capture, storage, and utilization. interpreting large amounts of data from physical assets.

These challenges will increase as the Netherlands’ smart grids expand with more cables, stations and solar-powered homes. Photovoltaic systems are on the rise in the European nation and accounted for 6.79%, or 8144 gigawatt hours (GWh), of the Netherlands’ total energy consumption in 2020, up from just 0.05%, or 56 GWh, 10 years earlier. .

Another challenge is that new and renewable energy sources such as solar panels tend to operate at low or medium frequencies on the grid. The measurement of these special frequencies is a new area for network managers, adding to the challenge of a constant supply of medium voltage energy throughout the network.

Because the sun only shines at certain times – admittedly this is more of a problem during the European winter with shorter days compared to Australia’s higher levels of sunshine – the solar panels periodically reinject energy in the network. This can make the network less stable and cause disruptions.

Not only are conventional network monitoring systems not suited to the task of optimally capturing, storing and interpreting large amounts of data in these networks, but the systems are expensive.

Smart grid operators need a new, accurate and cost-effective solution that can be tailored to the requirements of unique medium voltage power sources.

A Remote Telemetry Unit (RTU) can capture, store, and interpret large amounts of data from physical assets on a network. RTUs have become an essential part of most power generation and distribution operations and will be essential for all future smart grids.

Recognizing the benefits of RTUs for smart grids, Ovarro developed the Datawatt Smart Grid (DSG) series, designed to operate in the water, power and industrial markets. DSG operates under the principles of maximum flexibility and safety, to handle the unique and varying requirements typical of low or medium voltage networks.

The flexible features of the DSG include its ability to implement a variety of real-time protocols, including IEC104, COAP and Modbus.

One Dutch organization that has benefited from Ovarro’s DSG system is energy transmission company Juva, which supports Westland Infra, the Westland-based grid operator. Juva needed to improve its remote monitoring of low voltage frequencies on the grid, as used by energy sources such as solar power and the large horticultural industry in the region, especially as an increasing number of homes in the Netherlands have solar panels.

According to Juva, the real-time flexibility of the DSG system and its accessible Linux operating interface make troubleshooting easier. Engineers can easily design and implement the telemetry system, and its maintenance is simple.

DSG’s ability to handle multiple protocols has also greatly benefited Juva’s overall network security. The network can use many firewall functions to protect its many inputs/outputs. Additionally, the network has made it easier for Juva to detect cases of illegal energy use.

DSG can be enhanced with Ovarro’s Stream webscada, a modern HTML5 web application that collects real-time process data and makes it immediately available on digital devices such as tablets. It is designed to manage and control different geographically distributed sites and processes with 24/7 online process information. Stream is scalable and will notify customers via email or phone if the current is too high in a certain part of the network.

These advanced telemetry solutions enable smart grid operators such as Juva to better monitor and control low and medium voltage renewable energy sources on the grid, with a better understanding of horticulture business behaviors that will prove crucial to the implementing new cultivation techniques. like Het New Telen.

Network operators in Australia and around the world could learn from the Netherlands. As Albert Einstein said, looking “into the depths of nature” can help energy providers contribute to global carbon neutrality goals.