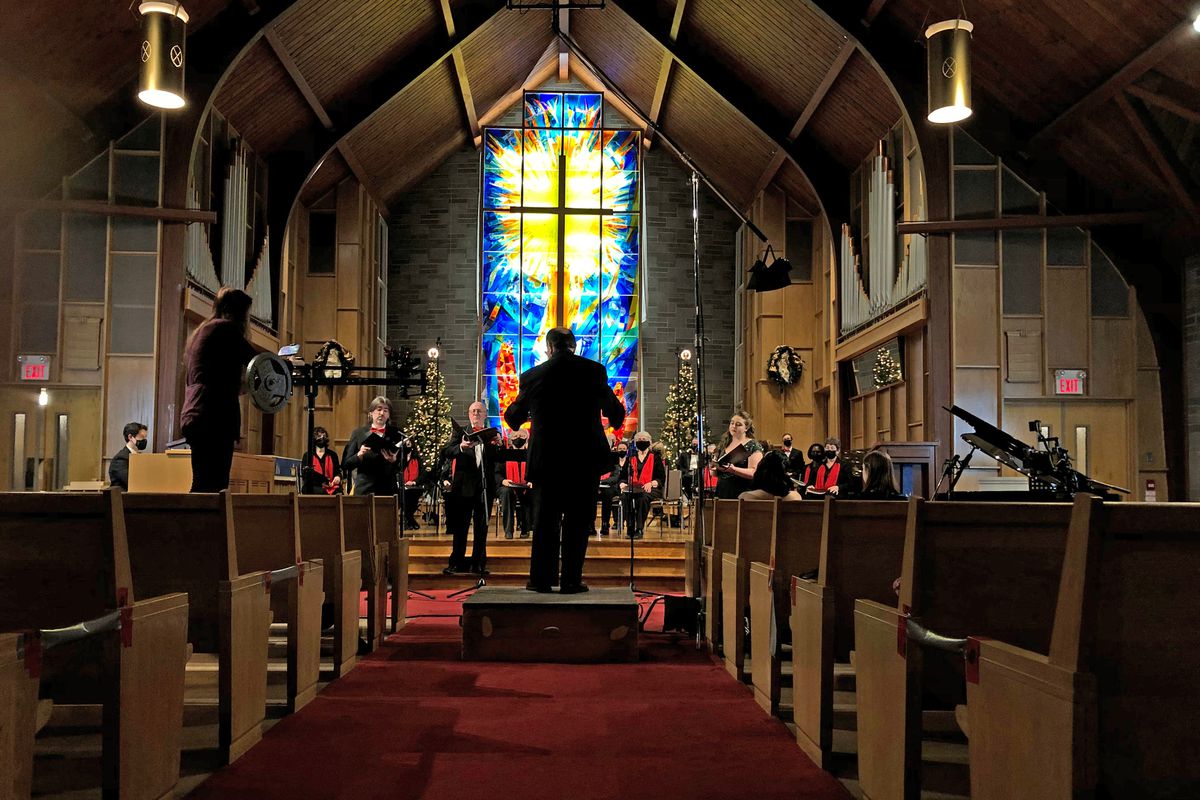 Julie Lautens first sang in a church choir at the age of nine. At 24, the Ohio native sang with the National Symphony Orchestra in Washington.

“I wasn’t sure why I auditioned,” says Ms. Lautens, who has now lived in Toronto for more than three decades. “Four weeks later, I was playing with Rostropovich at the Kennedy Center.”

Eventually, the hustle and bustle of life drove Lautens away from his backing vocals. But she never stopped missing them. About five years ago, with her children growing up and herself settling into a more flexible career, Lautens returned to her passion and joined the Etobicoke Centennial Choir (ECC). The choral singing was just as exciting as she remembered it.

“There is an incredible feeling of fluidity. There is a physical side, ”explains the 61-year-old leadership coach, who is the second soprano in the choir. “You are one of them. You are surrounded by it.

Then came the pandemic, and choirs around the world fell silent.

In the early days of COVID-19, scientists identified song, along with all respiratory droplets and aerosols it produces, as potentially dangerous. A massive outbreak in a Washington state choir seemed to confirm this fear. The Skagit Valley Chorale lost two of its members after an ill chorister attended a rehearsal on March 10, 2020.

That same day, the ECC held its last in-person rehearsal of 2020. Like many things, the choir practice ended on Zoom. Due to delay issues, the choristers had to remain silent when practicing virtually, being able to hear only the five lead singers and one accompanist. One choir member compared it to a simulated golf course: “It’s not as good. but it’s better than nothing.

After Ontario eased public health restrictions last October, the ECC met at the church in Etobicoke where they had practiced for a long time before the pandemic. They opened the windows to the cold autumn air and sprawled out on the benches, still a little nervous after months of loneliness. Then they sang together for the first time in over a year and a half. Some started to cry, including ECC Music Director Henry Renglich.

For those who haven’t sung in a choir, Renglich says, it’s impossible to fathom what the experience is like. “There is nothing like it. I can’t describe it.

Almost two years after the start of the pandemic, the return of choral singing was felt to be a “breakthrough,” says Lautens. Weeks later, as the choir neared its first performance in over two years, they were ecstatic.

“My heart was dancing just last night. It was difficult to fall asleep, ”she says after a dress rehearsal a few days before the show. “I am excited when we approach a concert. But it’s not that dancing goat joy that I feel today.

On December 11, the night the choir was scheduled to perform, a windstorm stripped power to thousands of people in southern Ontario. It was dark outside the church. But inside, the lights remained on and the choir performed without a hitch.

No audience was there to hear them sing, only a small film crew to capture the performance. While the lead singers sang faceless, the 40 or so backing singers behind them all wore masks, many of which sported duck-billed masks designed specifically for singing. All at least doubly vaccinated, they remained physically distanced throughout.

It wasn’t like it used to be, but with my eyes closed it at least sounded like a return to normal. Lautens called it a “milestone”.

Days later, as governments scrambled to respond to the rapid increase in COVID-19 cases caused by the Omicron variant, it started to look more like a mirage. Days later, when Canada advised people not to travel abroad, Lautens decided to cancel her vacation plans to visit her elderly mother, who lives in a long-term care home in Ohio.

When the choir regroups this month, it will be on Zoom. Another concert is planned for the beginning of April; it is not yet clear whether an audience will be present.

The ECC was “at the top” before COVID-19 cut its choir season short last year, according to Mr Renglich. The choir was almost sold out for its winter performance, making it one of the group’s biggest shows ever. The spring concert was in a few weeks.

Virtual rehearsals started in the fall 2020. And while the choir can be a fundamentally collective in-person endeavor, on Zoom it’s a solo endeavor. Terry and Nancy Dockrill, a retired couple who sang in up to six choirs before the pandemic, can’t be in the same room when they virtually rehearse, otherwise a horrific echo will corrupt their microphones.

But despite issues or difficult times, Zoom’s practices have helped the choir retain at least three-quarters of its members. The ECC now has 41 singers, 13 less than in March 2020.

“There’s no getting around the problem,” says Dockrill, who sings bass in the choir. “Basically you just have to get used to the idea that you maybe do the same sort of thing, but you’re definitely not doing it the same way you used to.”

Carol Cunnane, a second viola from Cape Breton, says the choir’s absence last year left “a big hole”. However, with the increase in COVID-19 cases, she will happily resume singing on her computer, even though no one else can hear her.

Cunnane joined the ECC 48 years ago, six years after its inception to commemorate Canada’s 100th birthday. During this time, she only missed two concerts. The 79-year-old describes choral singing as the focal point of her life, along with her family and her career.

“It was hard to imagine a time when I wouldn’t sing two or three times a week,” she says. “No matter what was going on in my life, good or bad, sad or happy, it doesn’t matter – going to choir practice and singing in concerts always made me feel better. It uplifted me into a happier place.

The choir reunion this fall didn’t feel like a throwback to the much-vaunted “Before Times”, but Renglich, the conductor, said he felt “irresistibly close.”

“Once you start singing the songs and feeling the music and feeling that feeling of making something into an ensemble, everything else goes,” he says. “The masks are disappearing from your mind.”

It was a few months after the start of the pandemic, Lautens wondered if the choir could survive.

“Everything seemed so difficult in life,” she says. “It seemed so far into the future that we would be singing in person again.”

But that day has finally arrived, and now she is sure it will return. The return of the choir last fall, although brief, provided a much needed boost, said Lautens: “We will overcome the next phase of restrictions and come back, because we know how to do it now. “

Even though there was no audience the night the choir filmed their winter show, there is one now, and it may be bigger than ever. After the ECC posted the filmed concert online, Lautens posted the video to Facebook. A former college roommate living in Oregon reached out to say the choir sounded wonderful.

“She has to come to my concert,” Lautens says. “It’s been 40 years since she went to one of my concerts.