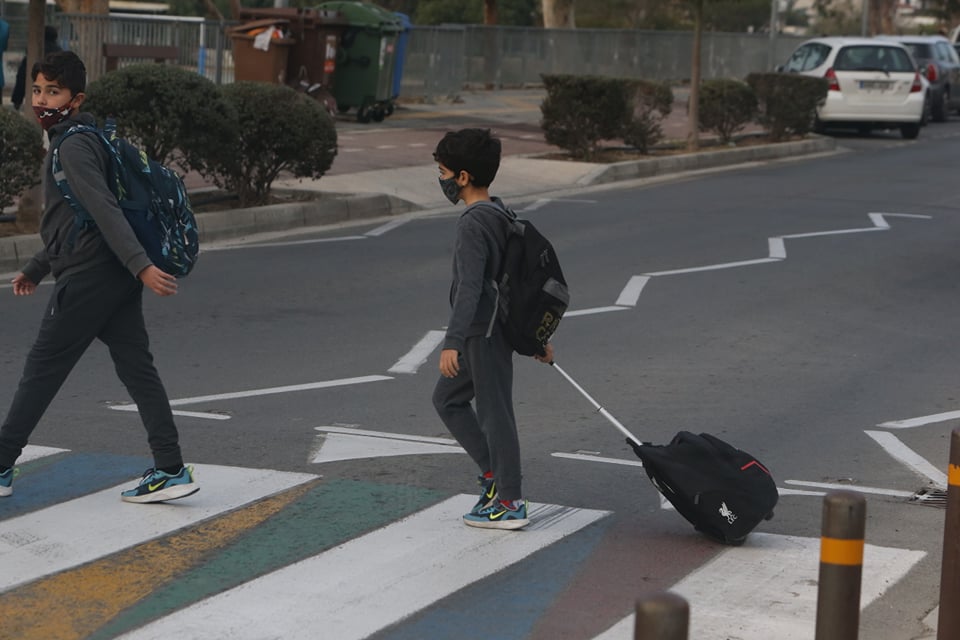 Parents on Monday revoked the decision not to send their children to school during a teaching period in protest against the new measures, saying they had submitted their suggestions to the education ministry.

The decision to abstain from going to school was taken by the Pan-Cypriot Confederation of Parents’ Associations to protest against new Covid measures which require children aged six and over to wear face masks and be tested coronavirus weekly.

However, in an emergency meeting on Sunday evening, the parents decided to postpone any action saying they had submitted their suggestions to Education Minister Prodromos Prodromou, who is expected to take the matter to cabinet on Wednesday.

Earlier on Sunday, Health Minister Michalis Hadjipantelas said parents should realize that there are only two options: “either use the protective mask, which experts say is no problem, or close schools “.

The new measures, in effect since Monday, extend the mandate of the mask and SafePass to children aged six and over.

The SafePass for these children would either need a certificate of recovery from the virus within the past six months or a negative test less than seven days old. Mobile testing units will visit primary schools once a week for this reason, otherwise children can be tested at free sites organized by the Ministry of Health, as well as pharmacies and licensed private laboratories.

Parents proposed that the use of face masks remain optional and only be used by older children, while younger children could take their temperature daily.

“The particularities of each child and age group must be taken into account,” said the parents, explaining that in addition to epidemiologists, educators and psychologists should also give their opinion on measures targeting children.

The confederation has declared that its objective is the proper functioning of primary schools and to guarantee the rights of children.

“We consider the above suggestions to be reasonable and applicable because we believe that they can help make schools run smoothly while safeguarding the health of our children,” they said.

Parents also argued that the strict measures do not reflect the number of cases in schools, but experts said more students were testing positive outside of targeted tests in schools.

According to the Ministry of Health, cases in schools have tripled in recent days.

Primary education chief Marios Stylianides told state radio last week that cases in schools were “much higher” than reported in daily cases by the health ministry because of many children have been tested privately in pharmacies and laboratories.

The day before, parents protesting against new government measures regarding Covid-19 involving elementary school students blocked the Rizoelia roundabout in Larnaca for about 90 minutes. A similar protest also took place in Paphos, outside the district administration, police said.