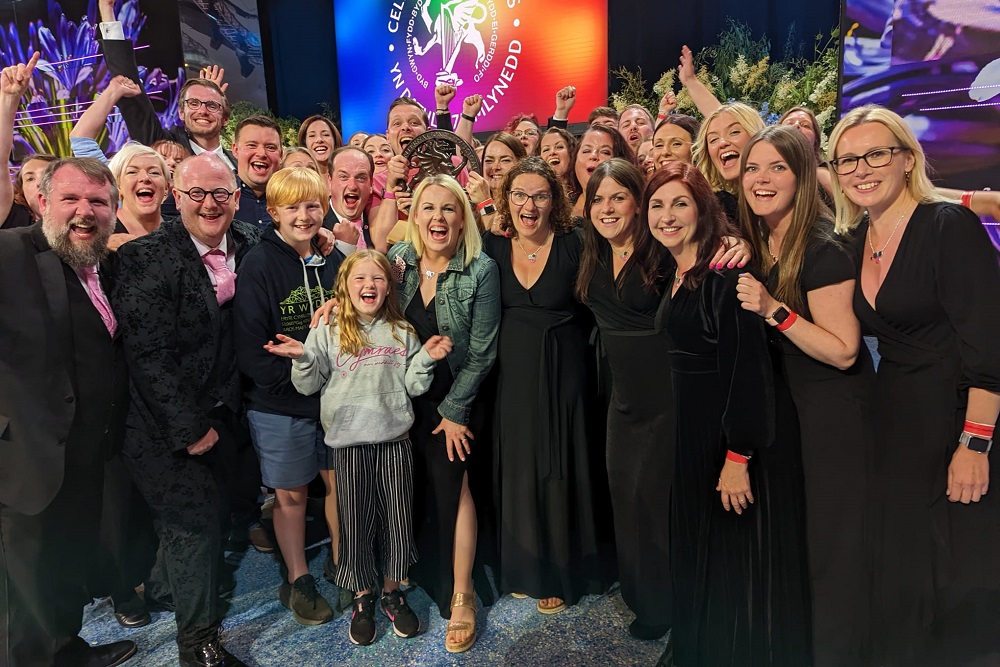 One of Wales’ leading choirs triumphed in the main choir competition at the Llangollen International Eisteddfod this weekend, winning two categories en route to lifting the Pavarotti Trophy for the first time.

Côr CF1 from Cardiff, took first place in the Choir of the World competition at the Llangollen Pavilion, after a successful day of competition, in which they won the Mixed Choir and Open Choir category, second with an outstanding score of 95

In their winning program they included Gwinllan a Roddwyd i’n Gofal, a new arrangement by Dros Gymru’n Gwlad (Finland), and French and Russian songs.

Eilir Owen Griffiths, the choir’s music director said: “It was so good to be back competing in Llangollen. Winning the mixed choir and then the open choir was great, especially against so many other high caliber choirs around the world.

“Winning the World Choir means so much to us, a choir, and it proves that we still have a wealth of musical talent here in Wales.

“The last time we came to the Choir of the World was in 2019, the last time the Eisteddfod was held, and the Johns’ Boys won it then. It’s great to be able to celebrate Welsh choral singing by keeping the Pavarotti Trophy in Wales, for at least another year!

“Since the pandemic, we have worked so hard as a choir, to get back to proper rehearsals, like everyone else. Covid is still causing chaos with members not being able to compete this year because of it.

“Seeing the high level of everyone in the World Choir was an absolute pleasure. And then to win… there are no words!

“This year the choir celebrates its 20th anniversary, and winning Choir of the World is just the icing on the cake. It’s a great way to kick off the celebrations! »

The weekend’s victory adds to Côr CF1’s previous achievements, which include numerous accolades at national and international competitions.

The choir has also performed in some of the finest venues in the world, including Trinity Church in New York, Cologne Cathedral in Germany, and St. Mark’s Basilica in Venice.