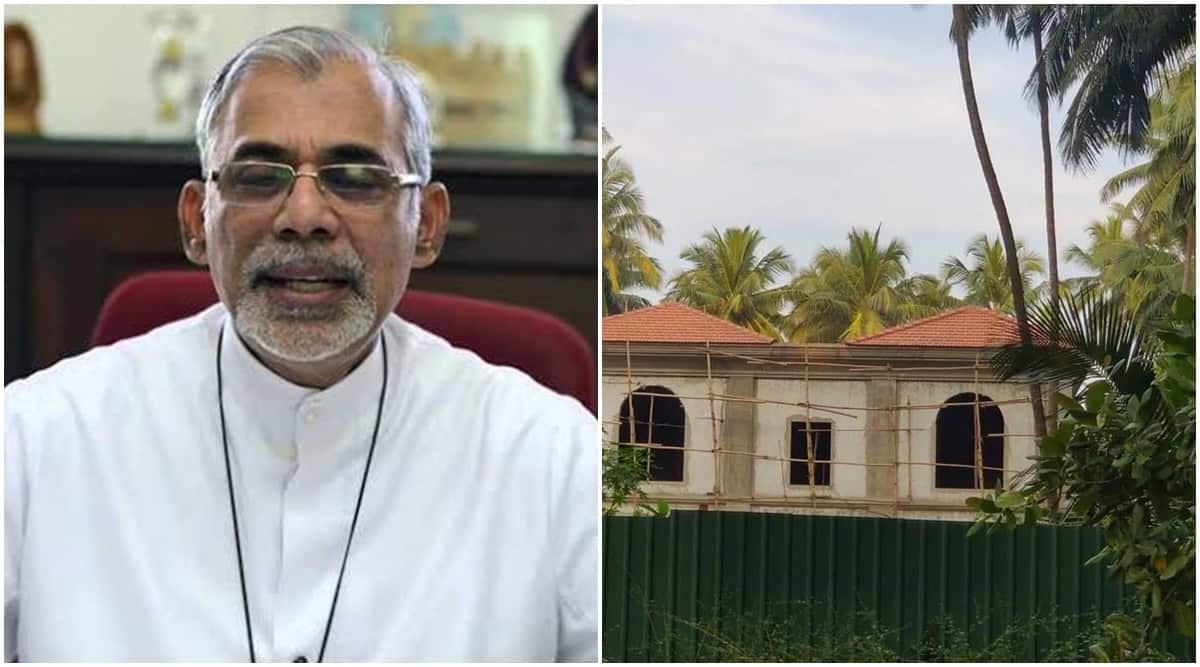 Archbishop of Goa and Daman Filipe Neri Ferrao said on Friday that the Church of Goa stands in solidarity with those protesting against “heinous activities” being carried out in the heritage grounds of Old Goa.

“I would like to express the solidarity of the Church of Goa with many of our brothers and sisters… who have been carrying out various demonstrations for several days now to protest some heinous activities in this heritage site. I urge all those in authority to refrain from any illegal act and decision prejudicial to the preservation of the religious and patrimonial holiness of Old Goa, ”said Ferrao, addressing the thousands of people who are in attendance. ‘were gathered to attend mass on the feast of Saint Francis Xavier at the Basilica of Bom Jesus in Old Goa.

In front of the Basilica of Bom Jesus, the demonstrators continued their fast demanding the demolition of the allegedly illegal bungalow in the village of Ella in Old Goa.

Protesters continued their fast demanding the demolition of the allegedly illegal bungalow in Ella village in Old Goa. (Express photo by Mayura Janwalkar)

In the presence of Chief Minister Pramod Sawant at mass, Ferrao said: “We are all gathered not only in a sacred precinct, but also in a world famous heritage area recognized as such by our central government, I mean by there the Archaeological Service of India (ASI) and also by UNESCO. We must be aware that any undue or offensive intervention, even by legitimate stakeholders in and around these monuments, can have serious consequences and even lead to the denial of their World Heritage status, which would be a loss. huge and serious for Goa.

After attending mass and the celebration of the holiday, Sawant said his government had taken measures permitted by law. “Our TCP service has already placed an order and the panchayat has also taken action. They suspended it (construction of the bungalow), they withdrew (clearance) and whatever the next step is by law, we will take it. Whether it is the central government, the ASI or the state government, they have always upheld the legacy of Old Goa and they will continue to do so, ”Sawant said.

The Archbishop’s firm support for activists and residents of Old Goa who have been protesting the structure for months has come as their protest fast entered its tenth day and is expected to continue. During an anti-construction protest that brought together at least 3,000 people on November 21, activists said the church had been instrumental in giving the protest a trumpet.

Goa Ports and Science and Technology Minister Michael Lobo, who also attended mass on Friday morning, said: “Let the CM take the last call. He said the town and country planning department revoked the technical authorization granted to the structure but that additional measures will need to be taken. The next procedure has to be followed, you can speed up the procedure, you have to stick to it and tear it down, ”said Lobo, a cabinet minister who was the first to support the protesters. He said lakhs would gather to protest if the government did not act against the alleged illegal structure.

The Department of Territorial Planning (TCP) issued on November 30 a revocation order incorporating a technical authorization granted to José Maria de Gouveia de Pinto, the former owner of the land, on October 18, 2016 and ordered that the construction on the ground in the village of Ella of Old Goa to be arrested.

Technical clearance was requested on behalf of Pinto, who sold 2,400 m² of land to Survarna Lotlikar, wife of former Goa Forward Party treasurer Suraj Lotlikar and 9,500 m² to Manish Munot, husband of the spokesperson of BJP Shaina NC in 2015. Subsequently, Munot said he had withdrawn from the project and sold his share.

On the same day, the panchayat of Se Old Goa village issued a stop-work order regarding the alleged illegal construction. The order was issued to Pinto, Lotlikar and Sumerlal Jain of Corus Urban Infrastructure, a Mumbai-based real estate company that has now purchased the property.

On Thursday, the TCP department also asked the panchayat to initiate an action against the construction under the Village Panchayat Raj law since its technical authorization had been revoked. The panchayat sent a show cause notice to Pinto, the original owner of the land, and others, asking them why their reconstruction and renewal permits should not be revoked.

Architect Tahir Noronha, one of the many protesters, said: “We will continue our protest and decide our next step by tomorrow (Saturday).” Activist Anna Gracias, Congresswoman from Trinamool, who has also been demonstrating for ten days, said: “We want the structure to be demolished. We don’t want lollipops and insurance. We will continue our peaceful satyagraha against the illegal structure until the government shaves it down.

August 15, 2022
Food, fun, music and activities for adults in August

Food, fun, music and activities for adults in August