Not only will Covent Garden shake a 60 foot tree and enough lights to compete with Vegas, but you can also hear the mellow tones of the London Gay Men’s Chorus (every Saturday until Christmas), hanging out with a reindeer (Saturdays until Christmas). ‘to December 17), shop at the food market (Thursday 11 am-7pm) and attend the opening of a Lego advent calendar (from December 1).

Christmas astronomy at the Royal Observatory

Prepare for a starry night with a difference. At this special festive event at the Royal Observatory, Greenwich, you will have the opportunity to watch a screening of the Christmas Star Planetarium show.

Look through the gigantic 18-ton Victorian telescope into the night sky and get the chance to ask your burning astronomical questions.

For a romantic and evocative Christmas setting, it’s hard to beat the spectacular ice rink at the Natural History Museum.

On one side, huge trees sparkle with lights, on the other, the emblematic place is illuminated by spotlights.

There is a children’s ice rink so the sprogs are kept at bay, and for those without the skills, a cafe serving hot drinks, alcoholic drinks, and food overlooks the rink.

The characters in this “grown-up panto” include Sofonda Cox, Fitz-Nicely, and Queen Runt and the performance hooks for whether Alice will get Dick. You get the picture.

Explore the period rooms decorated in traditional Christmas clothes. Recalling the last 400 years of festivities in bourgeois homes. Highlights include a candlelight concert, a decoration workshop and a festive dinner.

Some events are free, others are chargeable.

Another dramatic setting for a walk on the ice, the Tower of London will be open for sessions day and night, with music, next to the century-old Gothic castle on the banks of the Thames.

Carnaby is teaming up with the Rolling Stones for this year’s Christmas decorations. Giant vinyl records in gold and silver bearing the band’s logo will adorn the street.

Telling the story of a young girl being taken to a magical world on Christmas Eve, this ballet – with its spectacular sets and glorious costumes – is hard not to appreciate, even if ballet isn’t your thing.

On top of that, visiting the Royal Opera House is an experience in its own right; better tasted with a glass of champagne during the intermission.

Snow White and the Seven Dwarfs

By ticking all of the boxes in the panto – OTT sets, stunning costumes, singing, dancing and lots of audience participation – Snow White and the Seven Dwarfs promises to provide full ‘he’s behind you’ satisfaction for those who believe it. is a Christmas essential.

Celebrities showing at the New Wimbledon Theater include Priscilla Presley, in her pantomime and her London stage debut, as Wicked Queen, actor Warwick Davis as teacher and Kiwi comedian Jarred Christmas as Herman the Henchman.

In addition to the horse races, there will be the Sleeping Beauty pantomime and a Christmas shop selling gifts from around the world. You will be greeted at the station by a horse and sleigh and, upon arrival, will be rocked to Christmas carols.

Friday is National Brownie Day (yes it does exist) and will be celebrated with free samples of said chocolate cakes. Yum. 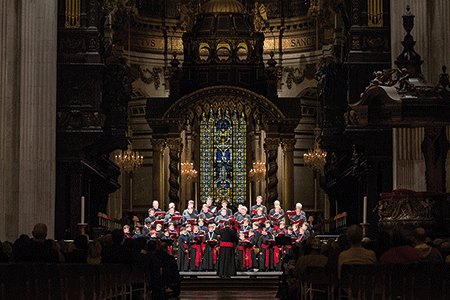 Religious or not, Saint Paul’s Cathedral is impressive. One of the best times to experience this three-century-old monument is at Christmas, when the site of the former Occupy protest comes into its own. 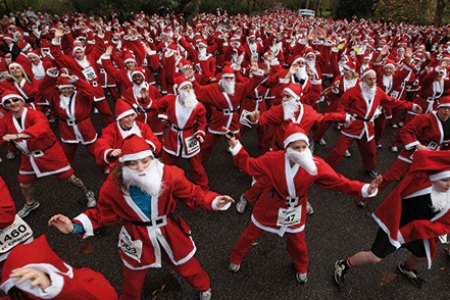 The Santa Run is organized to raise funds for Disability Snowsport UK, a charity that helps people with disabilities access snow sports.

The annual 6km event is always exuberant and your running prowess becomes irrelevant given the innate ridiculousness of running alongside thousands of adults dressed in red and white.

Disguises are provided. Bring your own beard. 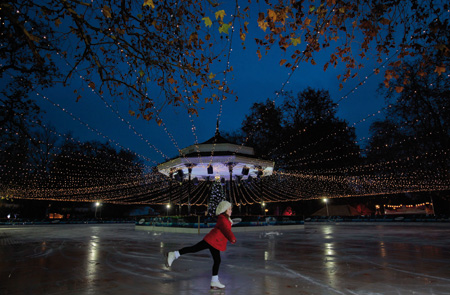 Dick Whittington and his cat

The Hackney Empire pantos are voted the best in London and this year will continue with the winning formula. Celebrities include Joanna Riding and Steve Elias.

There is room for 250 skaters on the ice rink in front of the palace – the Tudor mansion of Henry VIII – lit up at night. Warm up at the bar before and after facing the ice. 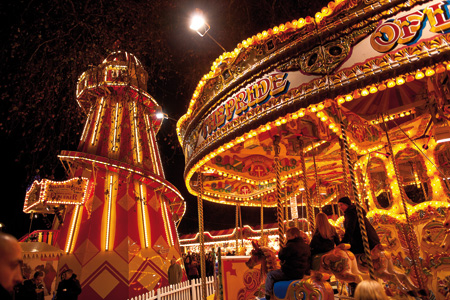 Shop for crafts, jewelry, clothing, and other goodies while sipping mulled wine and listening to live music. It’s as nice as Christmas shopping can be.

This bizarre but fun event has taken place every year since 1980 and sees participants in Christmas costumes running through an obstacle course set up in the Piazza in Covent Garden.

The winning team will receive the prestigious Pudding Trophy.

If you want to join us, assemble a team of six and find yourself at least £ 100 each in sponsorship (proceeds will go to Cancer Research UK).

There is a registration fee of £ 25 per person but it’s free to watch. 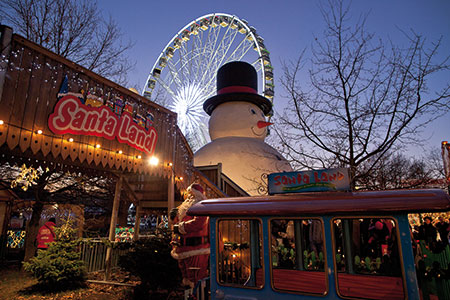 Fairground rides, a giant observation wheel, a circus and a Disney Christmas market will keep you occupied.

Skate on the UK’s largest ice rink, drink mulled wine and sample the delicacies of the market stalls.

New this year is The Magical Ice Kingdom, an exhibition of snow and ice sculptures.

Admission is free, but you’ll have to spit for the rides, skating, and shows.

Read more: The countdown to Christmas has started! Celebrate with cool party activities and must-see events in London