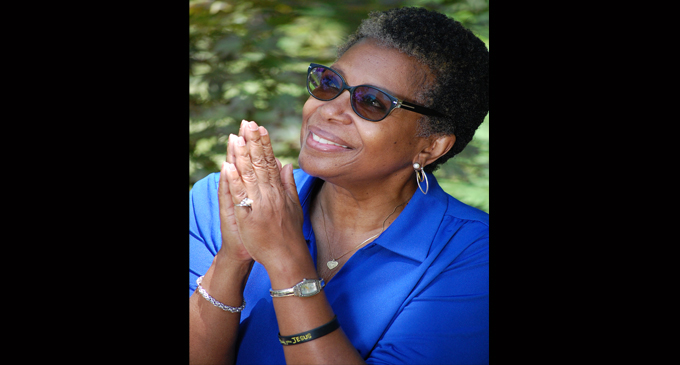 “During choir rehearsal at First Waughtown Baptist Church in Winston-Salem, I had felt tingling, but I had no idea what it meant. I really didn’t know the signs of a stroke other than maybe a twisting of the mouth or sometimes an inability to speak or slurred speech,” Marilyn Roseboro said. “My mum had three strokes before she died, but the only symptom she noticed was that her leg felt like it was sleeping. My symptoms were completely different.

“Luckily Mrs. Mary Carter, another member of the choir who was standing next to me, noticed that my face was sagging and made sure 911 was called. Luckily I arrived at the hospital at time to avoid most of the major damage,” shared Marilyn.

His stroke was caused by a blood clot. Then in June 2016, she went off her blood thinner for two days to prepare for a medical procedure. She underwent the procedure in the morning and her second stroke in the afternoon.

“I was eating, or so I thought, and realized I was putting food in my mouth with my right hand, but not chewing anything. I looked down and saw that the food had actually fallen out of my mouth. I was like, ‘Okay, clean this – I don’t know what’s going on, but clean this’ and that’s when I realized my left hand wasn’t working at all. I should have called 911, but I called a neighbor, Mrs. Deborah Washington, another church member, and told her something was wrong. I didn’t know what it was, but I needed her to take me to the hospital. When she rushed, my speech was slurred,” recalls Marilyn.

“I got back to the hospital in record time and was able to get treatment,” Marilyn said. Although people often tell her they can’t tell she’s had strokes, she recognizes the challenges that make it harder for her to do some of the things she used to do, like remember things , remembering words and using fine motor skills. “I see myself as having different abilities now and I’m truly blessed because there’s so much I can still do,” Marilyn shared.

After suffering both strokes, Marilyn relies on her faith in God, as well as her education and awareness of the facts about the impact of heart disease and stroke on African Americans.

The American Heart Association encourages all congregations to join the Triad Pastors Network, which is located at the Maya Angelou Center for Health Equity, Wake Forest University School of Medicine. The Triad Pastors Network gathered to walk the Winston-Salem Heart and Stroke Walk on Sunday, October 23 at 1 p.m.

The American Heart Association’s Winston-Salem Heart and Stroke Walk will be held at Bailey Park in downtown Winston-Salem on Sunday, October 23. healthy cooking demonstrations and free blood pressure tests. Sponsored by Healthy for Good Sponsors Atrium Health Wake Forest Baptist and MedCost, and Forsyth Life is Why Sponsor Novant Health, the 1, 2, or 4-mile Downtown Walk begins at 2 p.m. Register for fun at www.WinstonSalemHeartWalk.org. If you would like to join the walking team at the Maya Angelou Center for Health Equity, call 336-713-7600 for assistance.