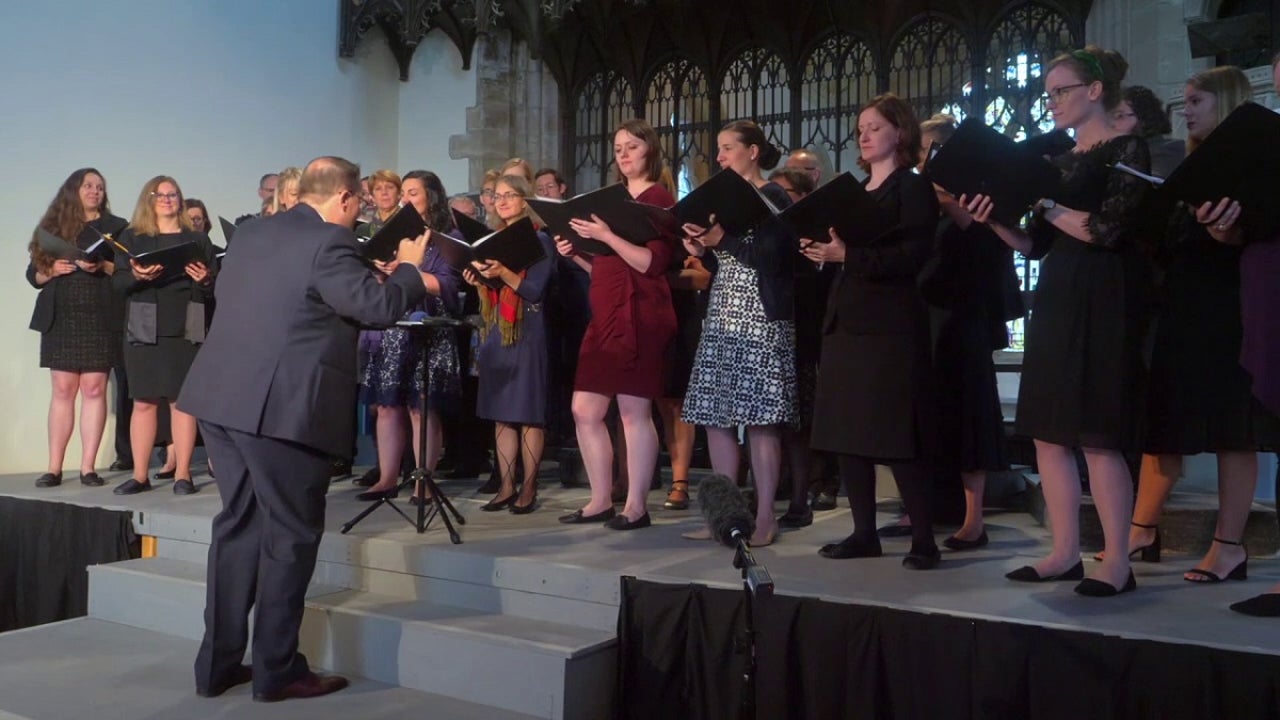 Choir member who sang for Queen Elizabeth has Minnesota ties

People all over the world are mourning the death of Queen Elizabeth, but the passing of the British monarch hits a Woodbury couple harder than most.

(FOX 9) – People all over the world are mourning the death of Queen Elizabeth, but the passing of the British monarch hits a Woodbury couple harder than most.

“We knew she had been sick. Even though you know it happens, it never makes it easy. It struck me more than I expected to be an American. To have that little personal connection that we had made everything a little bit emotional,” Heather Nelson told FOX 9.

Nelson was a member of the Twin Cities Popup Choir which performed for the Queen and several senior royals at a church near Balmoral Castle during a tour of Scotland three years ago.

Although choir members were not allowed to meet or take pictures of the Royal Family, they performed several songs chosen by the Queen with the Royal Family seated in the front row 15 feet away.

“It was absolutely surreal to see her in person and to see her a few feet away sitting on the front bench when we were right there. I was just amazed. Unbelievable,” Nelson said.

Nelson and her husband Chris, who are moving to Ireland, have been invited to join another group of singers performing for the Royal Family at this same church, three years to the day after the PopUp Choir performed last weekend.

This time the Queen was unable to attend due to failing health, but Prince Charles who is now King Charles was there and at a concert the band performed later in the daytime.

“I was sad but I think I was more worried things were getting more serious than anyone really knew,” Nelson said.

Since the Queen passed away days later, Nelson is more grateful than ever for her royal experience three years ago.

She says she will remember those times with Queen Elizabeth for the rest of her life.

“These memories are really etched in my brain and I will never forget them. Very special,” Nelson said.