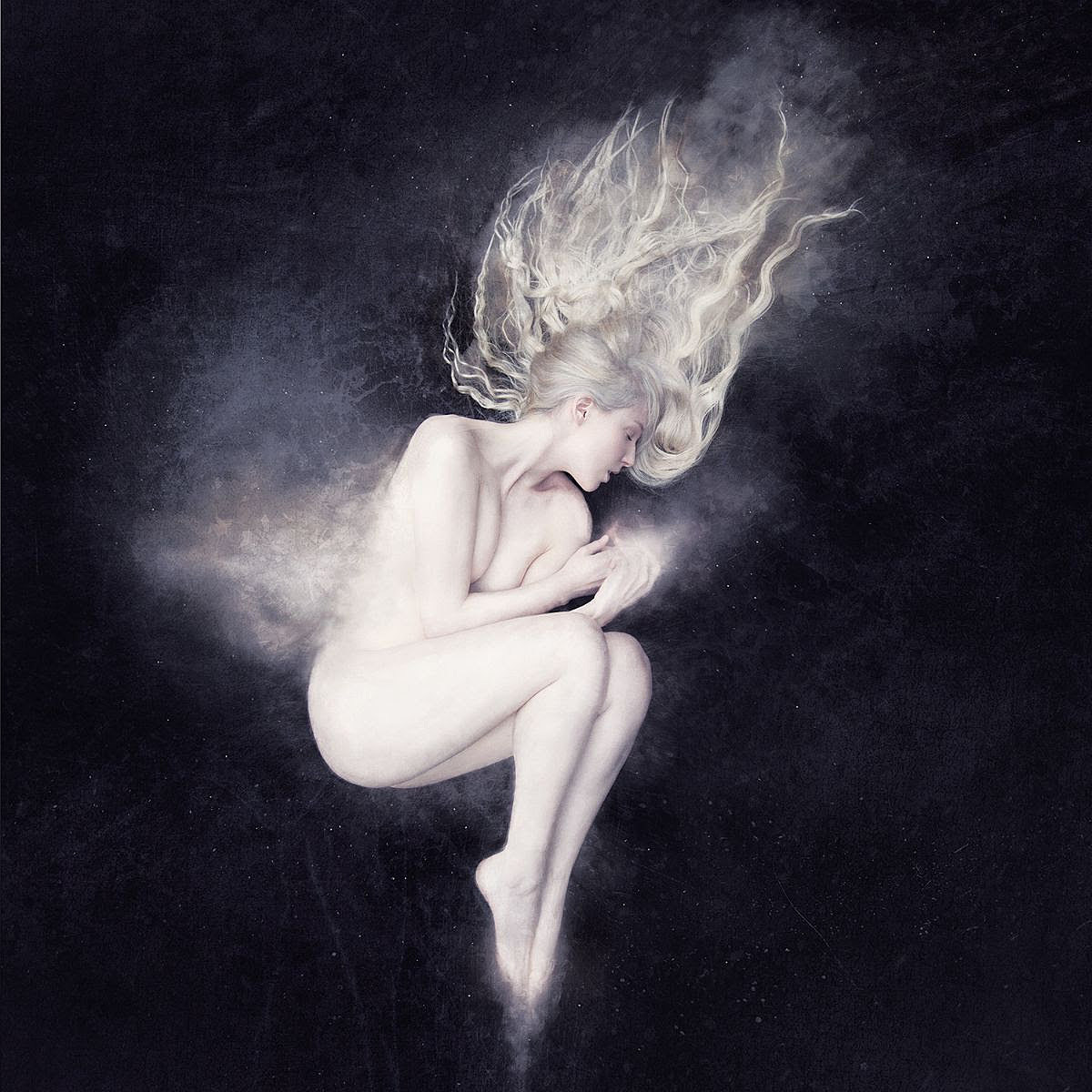 So many artists, so little time. Each week we review a handful of new albums (of all genres), put together some more new music we would call “indie” and talk about what metal is releasing. We post music news, song premieres and more all day long. We update a weekly playlist of some of our favorite tracks right now. Here is a daily recap with a bunch of interesting songs recently released in one place.

“‘Remembering Me’ is a neurotic diary entry that challenges notions of legacy and distorted sentimentalism in the desperate need to mythologize,” Cate said of the latest single and the latest video for his new. expected album, Pompeii.

Here is a new single from Placebo’s next album Never let Me Go it’s March 25th. “It’s not the end of the world, only the end of humanity, a distinction that in our exaggerated pride we are unable to detect,” says the song’s frontman Brian Molko. “Mother Nature has become extremely weary of us. Try better next time.”

Jeremy Ivey has announced a new album, Invisible images, expected on March 11 via ANTI-Records. The first single is “Orphan Child”, and it has an indie-goes-classic-rock vibe in the same vein as stuff like Kevin Morby.

It’s a triple common thread of Chicago rappers on this new track loaded with KAMI.

The rising “laptop ska” artist Tape Girl has teamed up with Ramona Barton of Peach Rings and his frequent collaborator Kenny Malloy (aka Kmoy) for a cover of “My Boy (Twin Fantasy)” by Car Seat Headrest, and they’ve made it into a song that incorporates clean, relaxing ska, exhilarating punk, video game music and more.

The last single from Empath’s new album Visitor is “Passing Stranger”. “The rhythm was inspired by the drugged drums of the Velvet Underground, on which Randall began improvising a heavy tremolo on his synth,” explains Catherine Elicson. “One of the slowest songs we’ve ever written without an abrasive moment. We were finally able to fade out. This song was written the same way as ‘Diamond Eyelids’, which is bringing together This time, I put together different memories from my childhood, some idyllic, some difficult, but as if it were a story about someone else returning to their hometown. this song was actually in a very old iPhone voice memo that I had made and forgot. When I re-listened to it after a year or so I was like it was catchy, I have to finish writing this one. I also wanted a song where I could pull out my balayage without cringe. I hope to be seen at the forefront of balayage in pop music, thank you.

Modular synth and viola duo Jeremiah Chiu & Marta Sofia Honer have announced a new album, Åland Islands records, due March 11 via International Anthem, and the first single is the ambient and ethereal “By Foot By Sea”.

GREGOR BARNETT (THE MENZINGERS) – “THE FIRST DEAD BODY I EVER SEEN”

Gregor Barnett of the Menzingers has shared a new song from his upcoming solo album, Don’t go throw roses in my grave, which arrives on 2/18 via Epitaph. After the tinged Americana title song, this one is more of a gothic country song, and it’s cool to hear Greg put his twist on that sort of thing.

JOSEPHINE FOSTER – “CURRENCY FROM ABOVE”

As mentioned, the new album by folk singer Josephine Foster Godmother coming out this month (1/28 via Fire), and today she shared the beautifully earthy new single “Nun of the Above”.

As mentioned, String Machine publishes Hallelujah Hell Yeah on 02/25 via Know Hope Records, and today they released “Touring In January”. It’s a dose of indie baroque pop anthem that will take you back to the late 2000s, the era of the “next Arcade Fire”.

After signing to Sub Pop in 2020 and releasing his first album for the label, Familiarize yourself with the night, last year, indie pop singer-songwriter Lael Neale is back with another new single: the tender and melodic “Hotline”.

Combo Chimbita’s new album ANGER will be released later this month via ANTI-, and his latest single is “Yo Me Lo Merezco”. “I wrote this song as a gift for myself as I try to understand better each day who I am, my worth, my calling and what I have to offer in this world,” said Carolina Oliveros. . “It is a healing proclamation to firmly believe in yourself and to walk stubbornly with the glow that we know is shining deep through our minds. This revelation is something that I had to invoke yesterday, which I remember today. and which I will continue to honor tomorrow. “

Instant Ruin is the new project from Brad Logan (F-Minus, Leftover Crack, Rats in the Wall) and Gabba (Chaos UK), and as Punk News points out, they recently dropped this demo. It has everything from classic style hardcore to the dancing indus.

“Multiplay” is the latest in a series of title releases from Tyondai Braxton via Nonesuch. This one is glitchy and bright, brought to life by bird calls and other nature sounds.

Melbourne band Partner Look to release new album According to the rules February 4 via Trouble in Mind. You might think “Right Here” might be a Go-Betweens cover, but it’s an original, although Grant McLennan and Robert Forster clearly have an influence.

Norwegian artist Susanna will be Elevation, her fourth album which she is releasing during the pandemic on March 25. The album was inspired by the works of the poet Charles Baudelaire and is not the first to do so. Susanna calls it “an intuitive and collective ceremony of the ethereal and the mystical in life”.

Blue Hawaii’s new EP My best friend’s house will be released on February 18th via Arbutus, and the latest single is “Butterfly” ready for the dancefloor.

FOUNTAINS DC – “JACKIE DOWN THE BLOCK”

Fontaines DC has just announced a new album skinny fia and this is the first driving single. Pre-order our exclusive edition in translucent red vinyl.

“Wild” is about as wide as Spoon, their new album Lucifer on the couch comes out in February.

“Honeydew” is taken from the San Francisco shoegazers first album in 10 years.

“Be the Hook”, which seems to have eventually morphed into “The Hook” during Stephen Malkmus’ solo debut, is one of Pavement’s three unreleased songs on the upcoming Twilight of Terror luxury reissue.

DESTROYER – “TINTORET, IT’S FOR YOU”

“Tintoretto, It’s for You”, an intoxicating cut-and-paste collage of wild drums, orchestral hits and synthesizers while Dan Bejar spits out Béjarian lines like “The ceiling is on fire and the contract is binding”. Destroyer’s new album, LABYRINTHITE, released in March.

Ride’s Andy Bell to release new double album Sway on February 11, which brings him back to the last 30 years of unused song ideas. “Something Like Love” could be a cousin of Ride’s “Vapor Trail”.

Holodrum are a new dance-focused group that includes members of independent Leeds bands you may be familiar with including Yard Act, Hookworms, Virginia Wing, Drahla, Cowtown and more. Their first single was released in February and the first single “Free Advice” is a effervescent synthpop disco number that sits somewhere between LCD Soundsystem and Roisin Murphy.

ANXIOUS – “LET ME” (ft. PAT FLYNN from FIDDLEHEAD / HAVE HEART)

Anxious debut album Little Green House bridges the gap between gritty hardcore and harmony-laden power pop, and this ripper leans more towards the former. Read our new interview with the band and pre-order the vinyl album limited to 300 “cream inside green”.

Soul Glo’s next LP Diaspora issues (due 3/25 via Epitaph / Secret Voice) is one of the most anticipated hardcore albums of 2022, and this lead single is a perfect example of how powerful this band is. Read more about it here and pre-order the album on limited 300 red / blue splash vinyl.

Kevin Devine has announced his first real album in six years (and 10th overall), Nothing is real, so nothing is wrong, due 3/25 via Triple Crown. Learn more about the debut single “Albatross” here.

LAVENDER COUNTRY – “I CANNOT SHAKE THE STRANGER OUT OF YOU”

Lavender Country has announced their first album since 1973, Ripe Rose, and shared the first single, a reimagined version of their classic track “I Can’t Shake the Stranger Out of You”.

LUCIUS – “NEXT TO NORMAL”

Lucius shared the disco-tinged debut single from their new album, Second nature, which you can read more about here.

Looking for even more new songs? Browse the archives for new songs.