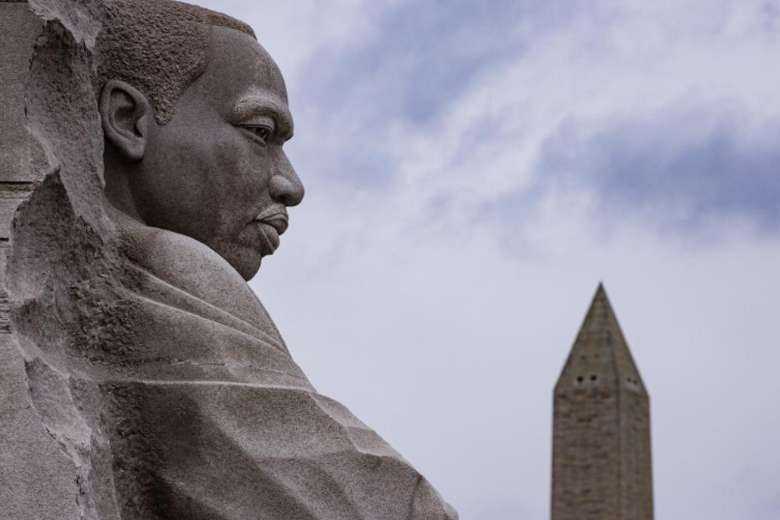 The heroic efforts of Carter G. Woodson (1875-1950), who is described as the “father of black history”, were not in vain. Usually, February and March are observed as a time to honor and celebrate the contributions of black people who have paved the way for various fields of human endeavor such as education, science, politics, law, sports, arts and entertainment in the United States of America. and across the world.

While exploring archival material such as autobiographies, biographies, music, videos, memoirs, and articles that showcase their historical accomplishments is essential, this celebration takes us back to memories of yesteryear when blacks have trod the shores of the Americas.

Although some people may be stuck in nostalgia for American plantations occasioned by the slave trade, the tenacity of Martin Luther King Jr. and Rosa Parks held the torch that would light the way.

Thank you. You are now subscribed to the daily newsletter

keep up to date Don’t miss the latest news

King and Parks were trailblazers who paved the way for the liberation of all people of color. They achieved this at a time when Barack Obama was in an incubator. Their struggles remain an invaluable asset. The strength of the lyrical notes of Muhammad Ali and Maya Angelou came like a soothing balm. This is a time to salute the brave African American men and women who have made significant contributions to humanity. Some of them helped change the course of history:

Carter Godwin Woodson: The American historian, author and journalist was among the first scholars to study both the history of the African Diaspora and African-American history. It is recorded that he is the second African American to receive a doctorate from Harvard after WEB Du Bois. He is the organizer of the Association for the Study of African American Life and History. As someone who pushed to establish Black History Month as a national observance in the United States, Woodson would forever be honored as the event’s founder.

George Washington Carver: An agrochemist, he made a name for himself by discovering alternative agricultural methods. Using peanuts, Carver was able to make soap, face powder, mayonnaise, shampoo, metal polish, and adhesives. He is fondly remembered as an agricultural chemist who helped poor families manage their lives, especially in times of austerity.

His work raised awareness of the contributions of black engineers to the engineering industry and the African American community.

Mark E. Dean: He got his start in the early 1980s when he and a colleague developed a system that allowed a computer to communicate with a printer or other devices. As one of IBM’s top engineers, Dean had 20 patents. In 2000, the California African-American Museum honored him as one of the “50 Most Important African-Americans in Technology”. His work raised awareness of the contributions of black engineers to the engineering industry and the African American community.

Sarah Breedlove Walker: This inventor, businesswoman and entrepreneur was the largest employer of African-American women in the 1900s. With a basic education in a pharmacy where she learned chemistry, she was able to manufacture beauty products such as hair softening creams and shampoos that she distributed to African American women to sell door-to-door, in malls and stores. At a time when people were suffering from itchy skin and unemployment, she helped heal their skin and empower black women.

Percy L. Julian: Also known as the “Soy Chemist”, he distinguished himself by developing innovative medicines and industrial chemicals from soy products. With his innovative “bean soup solution”, he was able to save the lives of thousands of sailors and naval aviators during World War II. To immortalize him, a room was named Percy L. Julian at Junior High School, Oak Park, Illinois. He had over 130 chemical patents and other professional awards to his credit.

Mae C. Jemison: She is the first African-American female space traveler to complete an eight-day spaceflight aboard the space shuttle Endeavor in 1992. A graduate of two undergraduate degrees and a medical degree, she spent two years in West Africa where she served as a Peace Corps. doctor. Mae was also privileged to be selected to join the National Aeronautics and Space Administration’s Astronaut Training Program.

Urgently, the well-to-do must help free their loved ones from crime, addiction and mediocrity

Amid this trajectory of success comes the cruel retelling of a history of Washington Post, titled “Democracy Dies in Darkness” dated September 4, 2020, which reported: “Since 2015, police have fatally shot nearly 250 women. Like Taylor, 89 of them were killed in homes or residences where they sometimes stayed.” Rather than swimming in the grief of anguish muttering “I can’t breathe,” it behooves African Americans to feast on the spirit of Ubuntu or Wakanda binds everything.

Urgently, the haves must help free their loved ones from crime, addiction and mediocrity. The lyrical verse from legendary reggae artist Bob Marley’s hit song of redemption comes to mind: “Emancipate yourselves from mental bondage. No one but ourselves can free our minds. With great lessons from other black American legends, it’s time to celebrate “black is beautiful”. Indeed, “black lives matter”.

* Father Justine John Dyikuk is a lecturer in mass communication at the University of Jos in Nigeria, editor of a Caritas newspaper and organizer of the Media Team Network Initiative (MTNI), Nigeria. E-mail: [email protected]