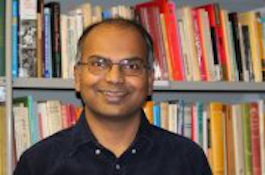 You must have heard about this holiday from your Muslim friends. Some of you may even have been invited to a meal at their home. One of the five pillars of Muslim spirituality is the Hajj: pilgrimage to Mecca. Many pilgrimage rights are associated with the biblical patriarch Abraham, and the Hajj is central to the Islamic way of life. You will find a beautiful description of Hajj in the Quran (Q. 22:26-38).

The Quran teaches that a Muslim who has enough money and good health should make the Hajj pilgrimage to Mecca at least once in his life.

Every year during the Islamic month of Dhul Hijjah, all five days of the month are designated for Hajj. With modern transportation, people can easily arrive on time. In the past, people had to travel for months on foot, by camel, on horseback or by boat to perform Hajj.

Muslims who perform Hajj, before entering the premises of the Kaaba, the square building, they enter in a particular type of dress called Ihram which is a simple dress, women also wear a simple dress with a headscarf. The Ihram comprises two unsewn pieces of cloth, one that covers the hip and one that covers the upper part of the body. This white garment which signifies the absolute equality of all men and women before God.

The second ritual is called Sayee where pilgrims run between two hills, Al Safa and Al Marwah. It is to remember Hagar running back and forth to find water for her child who was crying with thirst. Then an angel appeared and showed a spring from which Hagar and her child drank water. And then the pilgrims progress towards Mina where they spend the night and the next day at sunrise head towards the plains of Arafat. It is a very important day as pilgrims enter the heart of the Hajj.
Muslims believe that Adam and Eve reconciled with God there. And the Prophet Muhammad (pbuh) gave his last sermon to Arafat.

Muslims believe that God has imposed upon himself the law of mercy (Q. 6:12).

Each individual must take advantage of God’s mercy and seek forgiveness and forgiveness. It is an intense moment as pilgrims stand on the plain of Arafat and pray for forgiveness. It is not just about asking for forgiveness, the person must acknowledge and acknowledge their sins, and remember the sins before God with humility. It is the deeper awareness that these sins must cease. They must solve this with the help of God, they will not sin. They must make a reward and repair the bad effects of their sins and with intensity and humility ask for forgiveness. Also in Arafat, Muslims stand as if anticipating the Day of Judgment (Q. 6:21-31).

Then the pilgrims move from Arafat to Muzdalifa and spend the night there. After having picked up a few pebbles there, the pilgrims go to Mina where they must stone the three pillars, symbolically representing the satan in their life. By stoning the pillars, the pilgrims reject satanic, negative traits and temptations in them.

There are several things that Christians can learn from this beautiful Islamic religious practice of Hajj. But I would like to tell two beautiful stories that capture the mind and heart of a Muslim who is preparing for the Hajj journey.

As a theology student, I had the opportunity to meet Father Etienne Renaud, professor at the Pontifical Institute for Arab and Islamic Studies in Rome. He was visiting India and I met him at the Henry Martyn Institute. In our conversation about Hajj, he told me about a life-changing experience, a touching story that transformed his life. As a young priest, he went to Tunisia to learn Arabic. He was staying as a paying guest in a Muslim family and the man of the house was teaching him Arabic. Father Etienne said he learned that the man who taught him Arabic was preparing to do Hajj. So he said to his teacher, “I heard that you were leaving for Hajj, so I would like to go back to France for a few weeks and I will come back once you are back. »

Father Etienne told me that he was deeply touched by the love and trust that a Muslim family had in him.

The second story is from Delhi. I was told about a Muslim rickshaw driver. I call him brother of the bicycle rickshaw. It seems that he saved money for many years from his meager income because he wanted to perform Hajj. He was single and without family. After collecting enough money, he asked for Hajj formalities. His name was chosen and everything was confirmed that he would perform Hajj.

But a month before he left for the Hajj trip, a motorcyclist, probably intoxicated, hit his pedicab as he was pedaling. He had a broken leg. Many of his friends are disappointed that he made all the arrangements for Hajj and the accident put him in bandages.

A friend of mine visited this pedicab driver. The rickshaw driver said to my friend, “Inshallah God willing, I will go for Hajj. “Such great trust in God!!!! When I heard the story, I was moved to tears thinking of this man’s immense trust and obedience to God’s will. Whatever happens is God’s Providence. The pedicab driver had surrendered his heart and soul to God. Everything happens by His Providence. What a wonderful mantra for our life!

As a Christian reflecting on this Muslim practice of Hajj, my heart is drawn to the biblical figure of Abraham. Muslims identify their God as the God of Abraham. The Catholic Church in the Vatican II document Lumen Gentium 16 clearly stated: “…Muslims who, professing the faith of Abraham, worship with us the one and merciful God, who on the last day will judge mankind. ” This is a very important point. Both traditions seeing themselves worshiping the God of Abraham should not be ignored (Paul Hedges).

Saint Paul in his letter to the Galatians (3, 6-9) reflects on the quality of Abraham’s faith. “Abraham believed God, and it was imputed unto him for righteousness. Understand therefore that those who have faith are the children of Abraham. the nations will be blessed through you.” So those who lean on faith are blessed with Abraham, the man of faith.

Abraham is the father of all believers, Jews, Christians and Muslims. Why is he our father in faith? Abraham’s faith consists of obedience and trust. God asks Abraham to leave his home and go to a land he showed him (Genesis 12). Far from his community, far from his people, his clan and his culture, he trusted God and left everything to do God’s will. God said, “I will make your offspring into a great nation.” This promise of God was made when Abraham was childless. But Abraham trusted God. His son Ishmael is sent into the desert and with Isaac with him, God asks Abraham to sacrifice his son Isaac. Abraham was obedient and trusted him. God can raise the dead (Romans 4:24). So what do we learn from the life of Abraham? He allowed God to be God in his life.