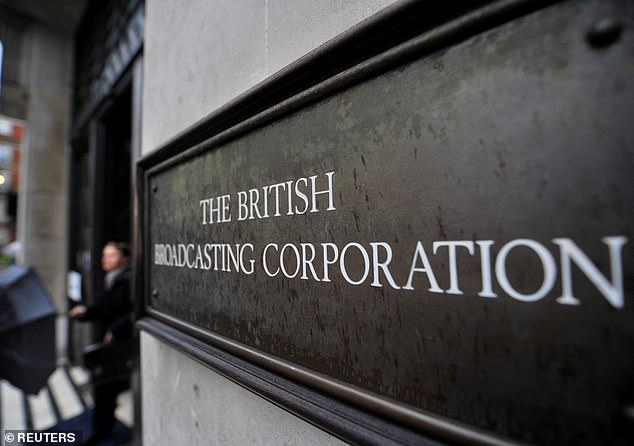 BBC under fire over Songs of Praise budget cut plans

By Mark Hookham for the Sunday Mail

The BBC was criticized last night for plans to drastically cut the cost of Songs Of Praise by releasing more hymn rehearsals from its archive.

A document reveals that producers were asked to ‘streamline’ the amount of new music filmed in churches and cathedrals each year and instead use its ‘extraordinary existing library’ of previously recorded hymns.

It is believed that the BBC will cut the budget for Songs of Praise by around 12.5% ​​(file)

The Corporation has now invited production companies to submit plans to make the show after its existing contract with Avanti Media and Nine Lives Media expires. Episodes under the new deal will begin airing from next June and run until 2024. Documents reported by The Times reveal that the broadcaster told potential producers: “We particularly welcome ideas regarding the use of the extraordinary existing music library, thereby streamlining the volume of new music captured each year while maintaining viewer expectations of the series.

With over a million viewers, Song Of Praise – launched in 1961 – remains the BBC’s biggest religious television programme.

Its presenters include singers Aled Jones and Katherine Jenkins and priest Kate Bottley. 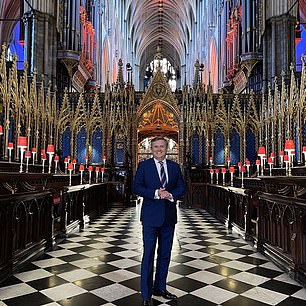 Michael Nazir-Ali, former Anglican bishop of Rochester, has urged BBC chiefs to back up the programme. He said: “If this is a cost-cutting exercise, I think it’s unfortunate.” I think they should maintain their level of investment in a program like this, which continues to be popular.

“There are new ways to do older hymns. For example, there are new renders of Amazing Grace which are very good. Of course, there should be an investment in new music to familiarize people with new music.

Andrea Williams of campaign group Christian Concern said: “What we need on our screens is more Christianity, not less – the real kind of Christianity that is not ashamed of its message and the hope it brings to society.”

Free Church of England Deacon Calvin Robinson said: “I’m glad to see they’re continuing, but would like to see more original content. I’m sad to hear that they are going to repeat old content.

Hugh Morris, director of the Royal School of Church Music, told The Times: “It is very important to reflect that church music is not a thing of the past. It is something that remains alive and active.

It is understood that the extent of Song Of Praise’s potential cuts has yet to be agreed upon and that producers may still secure additional funding.

A BBC spokesperson said: “Music is an integral part of Songs Of Praise and this tender does not ask suppliers to reduce the number of new anthems, but rather calls for creative ideas for their use alongside the program’s extraordinary back catalog.”