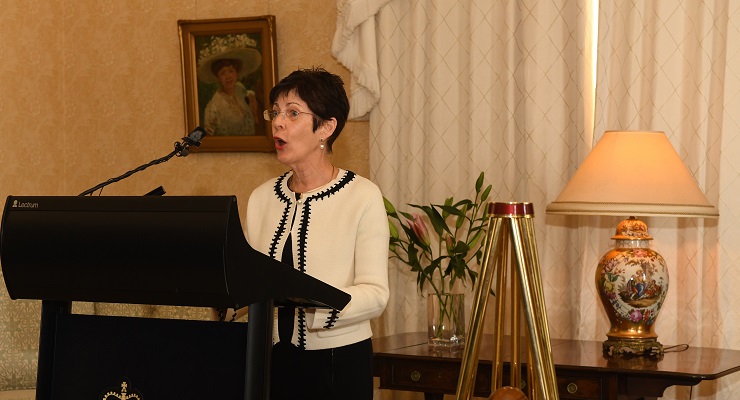 Many people contacted us to let us know that they were as charmed as we were by Linda Hurley’s singing.

Our Monday article about Her Excellency Linda Hurley, wife of Governor General David Hurley, and her penchant for a little singing kicked off a few things, hmmm. First, a predictable, dreary fight from a section of the media that usually complains that no one can take a joke anymore, accusing us of “making fun” of it. We would say this is an interpretation reserved for people who find it inconceivable that a joke could be made with affection. If you can detect any sneers or sneers in the following passage, about the consolation song she wrote about lockdown…well, it’s almost like you’re being paid to do just that:

With her immaculate, unassuming voice, that slight edginess around the edges, her genuinely worried look as she sings, the fact that she waited a year and a half after the onset of the crisis before deeming a response necessary musical to the pandemic – it’s about eight trillion times more sympathetic and touching than Mark Ruffalo singing a line of “Imagine” into his phone.

Much more happily, however, he also unleashed a flurry of tipsters, messaging us with the same “Oh, I thought I was the only one who saw that” tone. A tipster told us about Hurley’s penchant for regularly leading staff meetings in a rendition of “You Are My Sunshine” (they weren’t always in the mood, to be fair). Another told us about her regular performances in the choir at St Andrew’s Presbyterian Church in Forrest, just down from the Houses of Parliament. Another tipster who has had a relationship with her said that at the end of a meeting they both attended, Hurley announced she would sing – and did so quickly.

See how the power really works.

News made without fear. Join us today and save 50%.

“I don’t think many people could pull it off, but she did,” they said, echoing Crikey‘s takes the whole thing, saying it was “both the weirdest and greatest thing ever.”

Crikey is short story for readers who can handle the truth.

The best way to support independent media is to become a member.

You can join us with our 50% discount using promo code LETTERS. Or, if you have the means and want to help us even more (thank you!), you can subscribe to a full annual subscription. It really makes a difference.