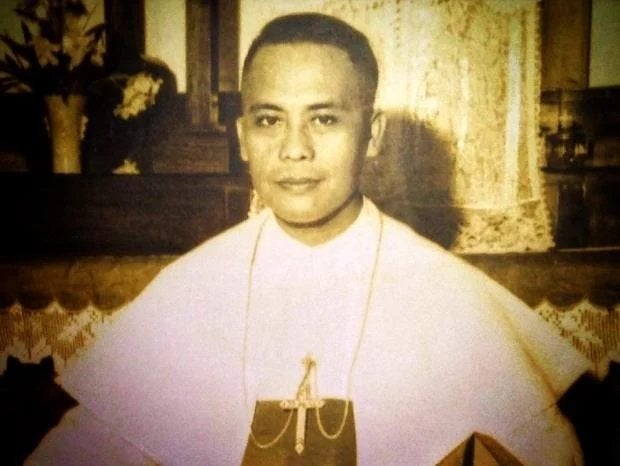 CEBU CITY, Philippines – About 3,000 people have already registered for Thanksgiving Mass and planned activities for Venerable Teofilo Camomot on July 27.

The activities will take place at the Chapel of Saint Teresa of Avila, DST Compound, in Valladolid, Carcar City, next Wednesday.

At a press conference on Wednesday, July 20, Mother Louella Grace Buscato, DST, Superior General of the Daughters of Saint Theresa, the congregation founded by Venerable Archbishop Camomot, said that among the highlights of the action activities of graces is the promulgation of the decree of the heroic virtues of the Venerable Teofilo Camomot.

“As of this morning, there are already 2,834 registered for the event, and we are preparing 2,000 red wristbands (devotees or registered pilgrims) and 2,000 blue wristbands (for the participants’ walk),” she said. .

Thanksgiving activities have been underway for two months after Camomot was officially granted the title of “Venerable”.

The Archdiocese of Cebu held a press conference on Thanksgiving activities for Venerable Teofilo Camomot at the Filipiniana Hall of the Archbishop’s Residence on Wednesday, July 20, 2022/ Screenshot from the Catholic Archdiocese’s FB page cebu roman

The Archdiocese of Cebu, in a statement in May 2022, officially announced that Pope Francis had given the go-ahead to grant the late Archbishop of Cebuano Camomot the title of “Venerable” – a title given to a candidate for holiness which means he is declared as a candidate who has lived a life of heroic virtues.

In addition, Buscato also unveiled the main activities planned for the Thanksgiving celebration next Wednesday.

She said that at 3 p.m. on July 27, there will be a conference on the process of beatification and canonization of saints which will be led by Postulator Rev. Samson Enriquez, OAR.

It will be followed by a solemn mass of thanksgiving presided over by His Excellency Archbishop Charles John Brown, DD, Apostolic Nuncio to the Philippines. Archbishop Jose Cabantan, DD, the Archbishop of Cagayan de Oro will serve as preacher.

“The reading of the decree (of the heroic virtues of Venerable Camomot) will be delivered by Bishop José Palma, followed by the unveiling of the portrait of Venerable Teofilo Camomot,” she said.

After these, there will also be a procession and a floral offering at the tomb of Venerable Camomot.

Further details, such as activity protocols and official dress code, among others, can be found on the Facebook page: Venerable Teofilo Camomot.

In addition, Fr. Mhar Balili, Vice Postulator for the Cause of Venerable Archbishop Teofilo Camomot, also invites the faithful to attend the planned dinner for a cause, the launch of the official biography book of Venerable Teofilo Camomot and a theatrical presentation short pieces of his life. (titled “Tugon ni Nyor Lolong” and “Mga Kurtina ni Barbie Doll”) on July 25, at the IC3 pavilion in Mabolo, Cebu City.

“Number 1, we are going to dinner. Part of these (proceeds) will go to the July 27 event and at the same time to the launch of Archbishop Teofilo Camomot’s biography book,” he said.

Balili said the biography is the third chapter of the positio.

The positio is the official document that the Archdiocese presented to the Holy See relating the life of Archbishop Camomot and trying to prove the existence of the so-called heroic virtues of his life worthy of being recognized as a saint of the Church .