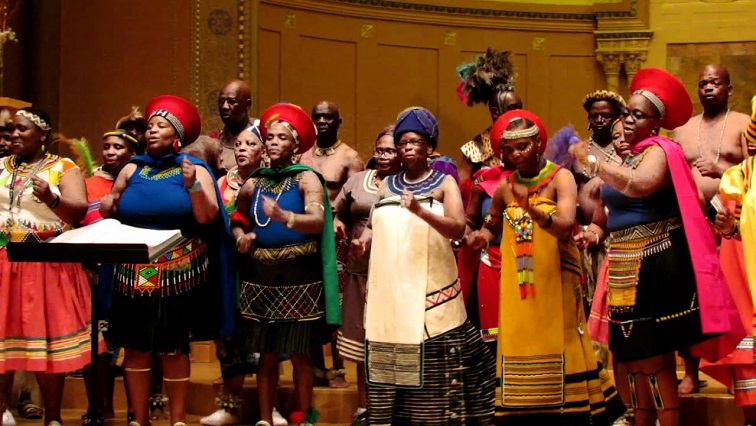 The late Archbishop Desmond Tutu will be sent by his favorite choir, the famous choral society Imilonji Ka Ntu, during his funeral on Saturday in Cape Town. Among the many aspects Tutu planned for his funeral was the choir saying goodbye to him.

A relationship spanning decades, it all began when the late Archbishop Desmond Tutu became the first black secretary general of the South African Council of Churches over 40 years ago.

Founder and conductor, George Mxadana was married to the late Mary Mxadana who was Tutu’s executive assistant at the time.

The choir played a vital role in the struggle for democracy during the dark days of apartheid. And when the going got tough, Tutu would call a prayer with the choir at the Khotso House Chapel in Johannesburg.

Mxadana says that since then the choir has been a permanent part of his life.

“Even when he went to receive his Nobel Prize, we didn’t have an entire choir, but we had a performance with choir members who were an integral part. When I was introduced to the World Council of Churches, it was through it and I was heavily involved in the activities of the World Council of Churches and all through it. It started with moments of prayer with the Archbishop.

On Thursday, St Albans Cathedral in Pretoria paid tribute to the wrestling icon. Pianist at the Cathedral, Ronald Jones had the honor of being part of the tribute team.

“I was quite moved to have to play these songs which he loved the most and it was a significant service and I thought we were paying him our last respects very well. I really enjoyed playing these hymns. that he loved.

The Arch played a major role in planning his funeral, including compiling a playlist of his favorite hymns by the choir. South African Council of Churches General Secretary Bishop Malusi Mpumlwana shared fond memories of Tutu’s love for the choir.

“George Mxedana has a record of what Desmond wants. I complained to him that there was a song we should have sang here “jo ke mo Holli” and Desmond would have gone wild over it. Like he said, for the sermon we should use Khuluma and that’s what we used but I prefer the other. So that’s the relationship that’s very deep, which is why I call them Desmond’s Choir.

Mxadana has spent many nights since Tutu’s death, finding the perfect hymns from a list of her favorites.

“One of the songs he liked a lot was a Sotho song called ‘jo ke mohlolo or ha ke le je’. And whenever that song was sung, no matter where it was, he would always stand up and lock up this is one of his most favorite songs.

While the choir was to join the funeral virtually, last-minute changes were quickly made to ensure he received the farewell he deserved. The choir will now perform at Cape Town Cathedral. Mxadana says it’s the only proper way to send a giant like him.

“All that was said and done was his wish that the choir was there. He actually made a statement that at one of the vents he said if I die and ‘Milonji ka ntu’ is not there, I will ask where Milonji is.

Funeral of the Tutu Arch | Preparations underway for the funeral on Saturday: