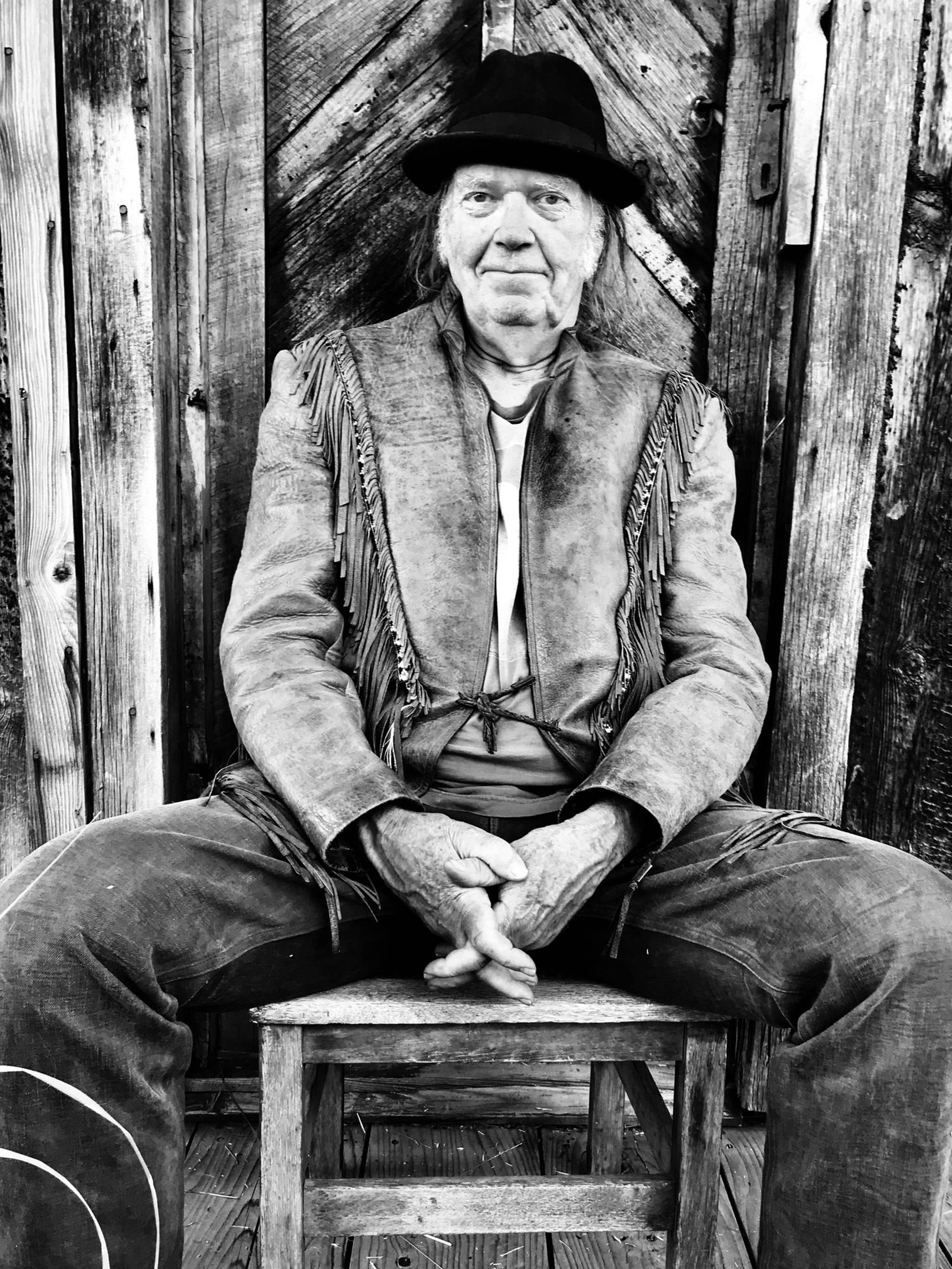 Register now to our daily newsletter

Newsletter cut through the noise

For decades he felt that Neil young was the only musical prophet in the desert, speaking out against government corruption and environmental neglect. Why stop now that other voices have gathered around him? Young’s 14th album with fellow Crazy Horse Parisians – Nils Lofgren, Billy Talbot and Ralph Molina as it stands in 2021 – carries essentially the same sound and message as before, with a dash of pandemic spice.

It’s their ongoing response to the trauma of the past two years (“masked people walking everywhere”) with Young and co living in the musical moment, avoiding all the frills, distilling what matters to them, with seemingly little respect for the listener. Barn, recorded high in the Colorado mountains in the track line-up, is a live album except for the name, with no tinkering or refinement – and possibly no rehearsal.

The halting voice and spontaneous harmonies of Song of the Seasons are somewhat arthritic, but there is pathos in the immediacy and vulnerability of the show, embellished by Young’s lonely harmonica and Lofgren’s melodious accordion.

The quartet fueled up on Heading West, before Young spoke out on the gnarly blues of Change Ain’t Never Gonna and provided a basic sandstorm autobiography in support of Canerican. Then he howls to the moon over his love over the twisty blues of Shape of You, which may be similar in sentiment to the mega-bit Ed Sheeran of the same name, but musically in a different galaxy.

After the sorry lament of They Might Be Lost and the ecogeddon of Human Race, starring Crazy Horse as the Greek Chorus of Woe, it is a bittersweet relief to encounter the simple but relatively elegant expression of Tumblin ‘Through. the Years, while a Neil’s sidekick The Young Guitar Odyssey may enjoy the Crazy Horse’s eight-minute epic, Welcome Back.

If Karine Polwart, Rachel Newton, Seckou Keita, Julie Fowlis, Kris Drever, Beth Porter and Jim Molyneux sound like your dream Celtic Connections line-up, you only have about a month to wait, because their Spelling songs collaboration takes the CC stage in support of their second album as an ensemble.

The project was originally inspired by two books, The Lost Words and The Lost Spells – writer Robert Macfarlane and illustrator Jackie Morris’s lyrical response to Nature’s Words that were deleted from the standard English Children’s Dictionary in due to lack of daily use.

Let the Light In sanctifies these words as song titles – Bramble, Swallow, Jay, Gorse, Silver Birch – and treats them with the greatest sonic care. Oak is as graceful and powerful as his subject, with Drever leading a Laurel Canyonesque harmony ensemble. Porter pairs an alluring ukulele with swooning female choirs on Daisy, while Keita’s kora provides the rippling pulse on Thrift (Dig In, Dig In).

Twisted wood is another collective effort, one forged with wit and soul by Orange guitarist Juice James Kirk and Del Amitri keyboardist Andy Alston, drawing on their musical associates from Glasgow and beyond. Frank Reader of Trashcan Sinatras leads the melancholy pop romance of Good Ship, Ken McCluskey delivers Glasgow gospel to Streetlights and Monica Queen is in great shape for a seductive debut album.

There is an engaging and unvarnished quality about the Edinburgh singer / songwriter Annie boothMusic from, delivered straight from his mouth to your bedroom, with a little help from Catholic Action frontman Chris McCrory in production. Containing meditations on dementia and the intoxicating attraction of London, her second album Lazybody ranges from the timeless folk-pop writing of Nowhere to the luxurious languor of Tropic to the raw folk picking of Fallow Year.

There is a wonderful freedom of spirit in the music of Florence Price (1887-1953) which is at odds with the relative indifference, and arguably the prejudices, which she witnessed as an African-American woman in the premiere. half of the 20th century. It is only now that we begin to hear performances of her considerable production, including this brilliant recording of Symphony No. 3 from 1940 (she wrote four of them) by the Vienna Radio Symphony Orchestra ORF. It is sumptuous, freely inventive music, with inspirations of modernist whole-tone harmonies and warm echoes of Dvorak to an exuberant use of jazz and nostalgic allusions to the American spiritual. Price combines them with a technical ease and virtuosity that would have gone well in Golden Age Hollywood. John Jeter conducts warm interpretations of this suite and two orchestral suites: The Mississippi River; and Price’s sharp response to the American experience of enslaved Africans, Ethiopia’s Shadow in America. Ken walton

This second album from the pan-European group of Scottish accordionist Andrew Waite, Austrian flutist Géza Frank, Italian fiddler David Lombardi and French guitarist Jean Damei, along with occasional vocals by Ainsley Hamill, energetically transcends the pandemic that has reduced their collaboration. Their cosmopolitan and lively textured neo-trad music, usually composed by themselves, combines skillful touch with infectious motivation, as in the Open Seas introductory set, its fluid coils suddenly snap into a time of jitter. agile. Elsewhere there is a space drift, echoing Borealis, a whistle dancing on pizzicato and Zenith strings, with its shrill violin, while the Marine Clean ensemble demonstrates the band’s talent for building a jubilant climax, with the drummer. guest Michael Shimmin helping in the closing lane. Two rather isolated vocal interludes come from the velvety Hamill, which contributes to the puirt to Gaelic beul and to a dramatically accompanied interpretation of the venerable ballad Elf Knight. Jim gilchrist

A message from the editor

Thank you for reading this article. We depend on your support more than ever, as the change in consumption habits caused by the coronavirus is having an impact on our advertisers.