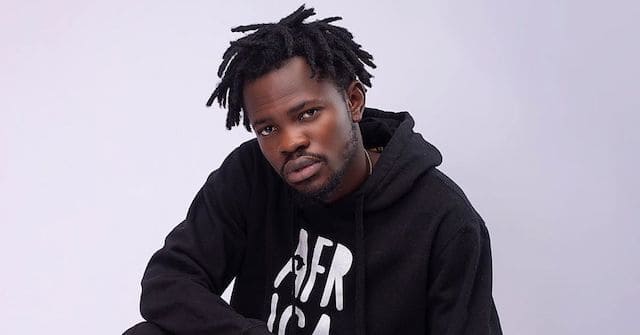 During the few years that Fameye has been in the music industry of Ghana, he has managed to become one of the most beloved singers.

Fans love his songs, applaud his songwriting skills, and even dance to his tunes. For a relatively new artist to not only gain but continue to maintain love and admiration, they must pull out all the stops, especially on their debut album or EP.

The 13-track album lasts 38 minutes. Fameye seems to have followed the trend where musicians produce shorter songs than we’re used to as more than half of the tracks on the album – at least eight – are less than three minutes long.

Making tracks shorter than three minutes is now a tactic that many artists use to grab the attention of their listeners. Some might say it rids songs of redundancy and the likelihood of ruining the value of their content.

For example, in December 2020, a Samsung study predicted that songs will get shorter and shorter in the coming years due to a perceived decline in music fans’ attention spans.

Research also indicated that since the year 2000, fans’ attention spans have dropped from 12 seconds to 8 seconds.

So now, more than ever, it’s become important for artists to grab a listener’s interest within the first few seconds of their songs, keep the track short, and “load the choruses up front.”

In my opinion, Fameye seemed to be on the right track to achieve this.

Every artist has a motive and a sense of direction for their album. Many refer to this as the “concept” of an album. In his case, the first track of “Songs of Peter” explains the album’s motif.

The musician argues that this album is one of “self-discovery and spiritual awakening” – an album that changed the trajectory of his will and purpose for venturing into the musical space.

“I used to want to make music to be a superstar, to be popular and to get everyone’s attention, but ‘Peter’ let me know that the message is important. It’s not just about to be a superstar, he said on ‘Intro’ which has backing vocals from Xorse.

“So now I don’t want to be a superstar, I feel like a messenger and Songs of Peter has those messages. Peter wants you to know that there is something big coming. This album is all about comfort, peace, love and truth,” he says. For most of the album, he fulfills this purpose.

The Songs of Peter allude to the Songs of Solomon in the Bible. As the latter celebrates the joy and goodness of romantic love and the sense of inner fulfillment and harmony with God’s creation that comes from such love, this album motivates, inspires and creates passion. hope in the midst of a turbulent time, while talking about the curves of life, growth, humble beginnings, among others.

Fameye is consistent with this concept throughout the album. The tracks on the album range from inspirational music to gospel music.

On track 3, ‘Believe’, Fameye is about a young man’s hopes that the future is better than his present.

Track 5, ‘Everything Now’, which is a collaborative effort between himself and his longtime collaborator Kwesi Arthur, Fameye discourages procrastination by noting determination to complete tasks as soon as possible due to uncertainties about the future.

Similar to “Believe”, “One Day” is a sermon on perseverance and hope. Fameye sung “Things will never be the same for you again because one day εbεfa.”

In “Hennesey”, Fameye talks about the harshness of life and the need for people to focus on their respective paths.

These are issues that people appreciate when tackled by their favorite musicians but, even then, few artists are likely to create an album solely on themes like these, except for a few .

It also helps that Fameye‘Nothing I Get’ was not a love song. He talked about empty pockets and struggles, much like the other themes explored on this album.

Therefore, the direction of his music and the class of songs he wants to produce is not a hard pill for many fans to swallow.

Fameye may not be the best vocally but his unique voice gives him an edge, especially in the way he delivers his messages. In her debut hit “Nothing I Get”, her tone and lyrics tell the story.

He takes a similar approach in the creation of ‘Songs of Peter’, where he depends on two of his most powerful weapons to carry the melody and the message.

However, in some cases, these don’t exactly favor it that way on the album, especially when it comes to conveying messages of pain.

Despite this, he stays true to himself as an artist, giving him an edge where fans choose to listen to the “Fameye They Know” do his thing. Therefore, despite the similarities in themes, voices and productions, it is the love child of many.

In some cases, the songs end up sharing identical themes and similar melodies to some extent, but because the album as a whole serves as a break for many from a world dominated by afrobeat music in particular, it easily draws attention.

“Songs of Peter” revives the feelings of highlife music, with songs like “Ahwehwe” and “Believe”.

Meanwhile, despite the monotony created by the album, it welcomes people, especially those who want uplifting and hopeful messages – which aren’t necessarily gospel music – into its world.

Again, in a world where people are looking for messages of hope and all Fameye preaches, the artist is saved from the eyes of the public who gave his colleagues a hard time, remaining firmly in his comfort zone while producing an album with very little variation.