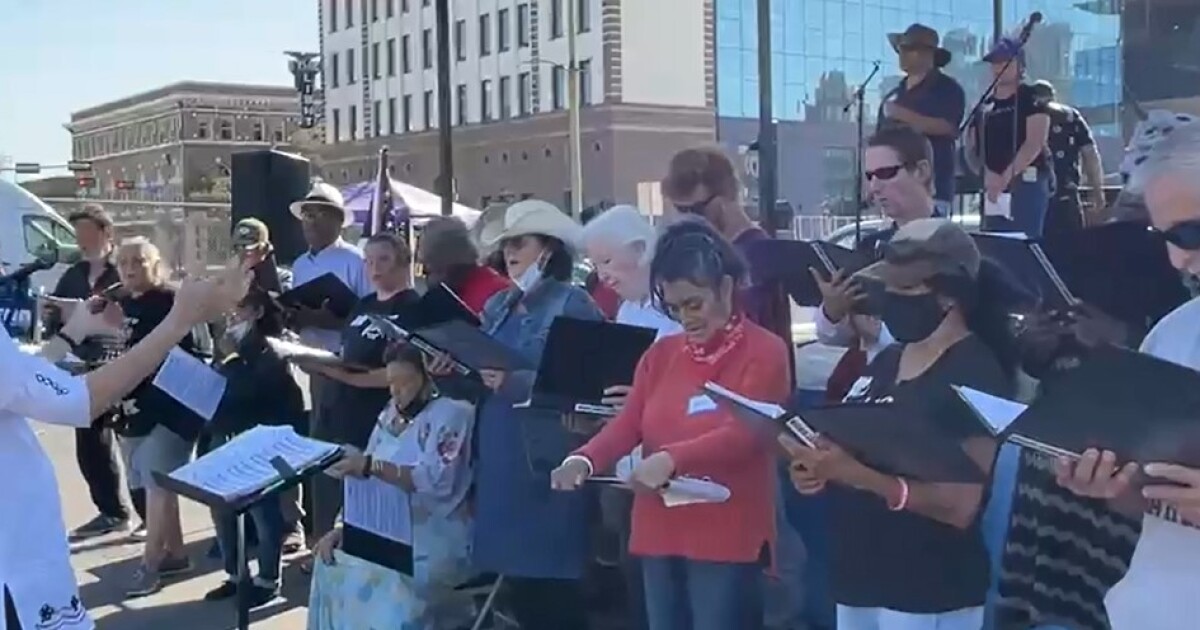 A choir made up of homeless San Antonians will raise their voices in song this Sunday. Director Tracy Powers said the singers go through life experiences that most people never have.

“It’s a choir made up of homeless people. And also we have a few people who just want to sing in it and are accommodated,” Powers said. “So it’s a great collaboration of the two.”

Powers conducts the singers of the Alamo City Street Choir. The first priority for most people who are not sheltered is to find food and safety. But Powers said even people going through what they’re going through need something more: an artistic outlet.

“But the artistic element is almost as important, maybe more because of the uplifting nature of the music,” she said.

The Alamo City Street Choir is an extension of the San Antonio Chamber Choir. Powers noted that it’s not easy to get people facing these people’s challenges to let go and sing along.

“I think most people who live on the streets, their trust in other people is very low,” she said. “If there is a common denominator, it would probably be trauma in all these people. And so trust is a hard thing for them to capture.

They gather at the church in Travis Park to make celestial sounds and such.

HEB covers some of the expenses and offers $5 gift cards to each person who comes to sing. Powers said one of the singers was very moved when he was given one.

“And she lowered her head and started sobbing,” Powers said. “It breaks me a bit, I’m sorry. And I said ‘Are you okay?’ and she said, “Nobody ever gave me anything so nice.”

The choir will sing for the public on Sunday, May 15 at 2 p.m. at Travis Park Church.

“So that includes the Travis Park Church Choir and the young people led by Carolyn Collins. We have professional instrumentalists, including some singers,” she said.

Although there is no specific admission fee, donations will be accepted at the door.