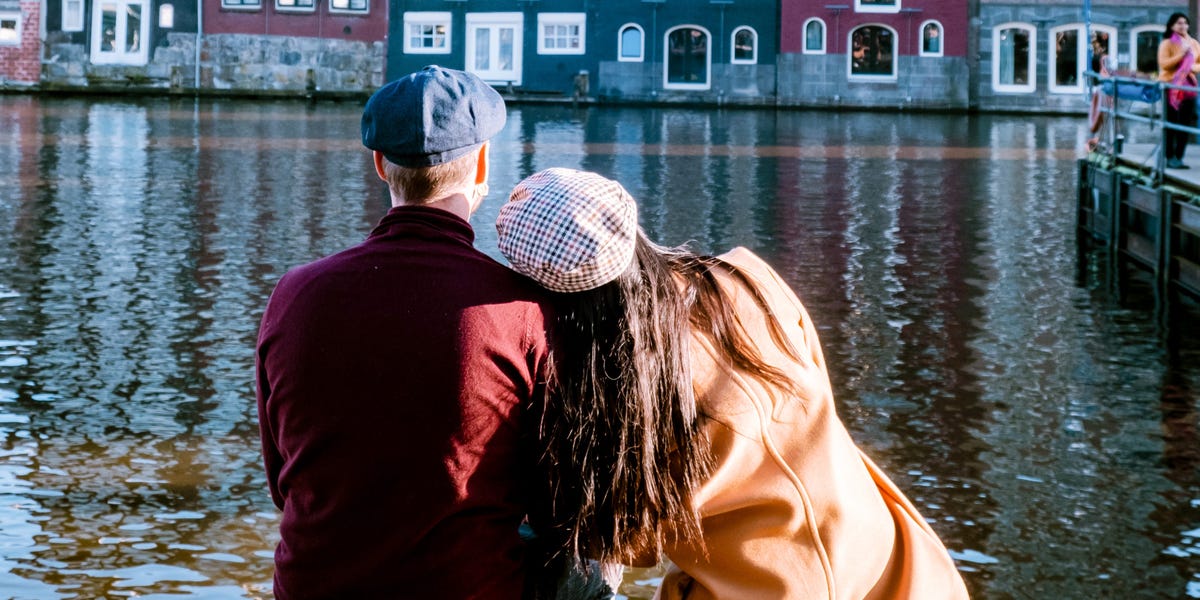 “I was offered a one-year PhD position in Winnipeg, Canada, and I accepted it,” my German boyfriend said shortly after we became a couple.

I was shocked. Canada was thousands of miles away and we wouldn’t see each other for an entire year. The apprehension continued to build until I couldn’t take it anymore.

“What will I do when you go to Canada?” I asked.

I held my breath waiting for his answer, but his hand was heavy and soothing on my shoulder.

I would follow him there and later in Germany and the Netherlands. I thought I was the one who sacrificed everything for our relationship. But over time, I realized that I was lucky.

After he returned to Hamburg, I moved into his small apartment. We had met and fallen in love in this city two years before when I was an exchange student from Poland and he was a local. He had dark blonde hair and eyes that were the very definition of cerulean, but it was his brilliant mind that I found most appealing. It didn’t take long before we became a couple.

When we got engaged and I got pregnant, my boyfriend-turned-fiancé applied and was accepted for a job in the Netherlands, a country I didn’t know and didn’t speak the language of.

It meant I would spend the rest of my pregnancy and the first few weeks after the birth apart from my fiancé, but I was determined to make it work.

Before he left, we got married in an intimate ceremony, with guests from all over Europe.

Even though we are not religious, we have chosen words from the Bible as our wedding motto. “Wherever you go, I will go. Wherever you stay, I will stay.”

I moved to the Netherlands six weeks after the birth of our daughter and, for the first time in my life, I became completely dependent on my husband. I was now, as they call it, a dragging spouse. I spent my first months in Holland mourning all that I had given up: my country, my family, my friends, my career, my independence.

It felt like all I did was drive my daughter in her stroller along the beautiful canals and old houses, do the shopping, and for the first few weeks take care of the paperwork, m ensuring my daughter was registered with the municipality and finding child care for her, all while trying to graduate from the German university I was studying at when I moved in with my husband.

And I struggled. Add to all that the baby blues and severe sleep deprivation and I wasn’t doing well at all. And then there was the fact that I couldn’t find a job in the Netherlands. All of this made me feel useless.

It strained our relationship

“If it was me with the fancy job, would you move overseas for me?” I pushed my husband now.

I liked to put all my “sacrifices” in a pile and present it to him. He listened to my sporadic outbursts, until one day he said, “Didn’t you realize that I had to make sacrifices too?

No, it wasn’t. I thought he was the lucky one. He had a well-paying job and the power to decide where we were going to live. I was at home with our two, then three children.

But as much as I complained about countless moves and starting over in new places, I was curious about local habits and traditions. I started a blog which later turned into a career as a freelance writer and led me to write a book about Niksen, the Dutch art of doing nothing. I was almost as much in love with the international lifestyle as I was with the man who made it possible.

All the while, I thought I was clinging desperately to my husband, following him wherever he wanted. But instead, I was at his side, a willing and equal participant in our adventures. I did not say yes to any place or country.