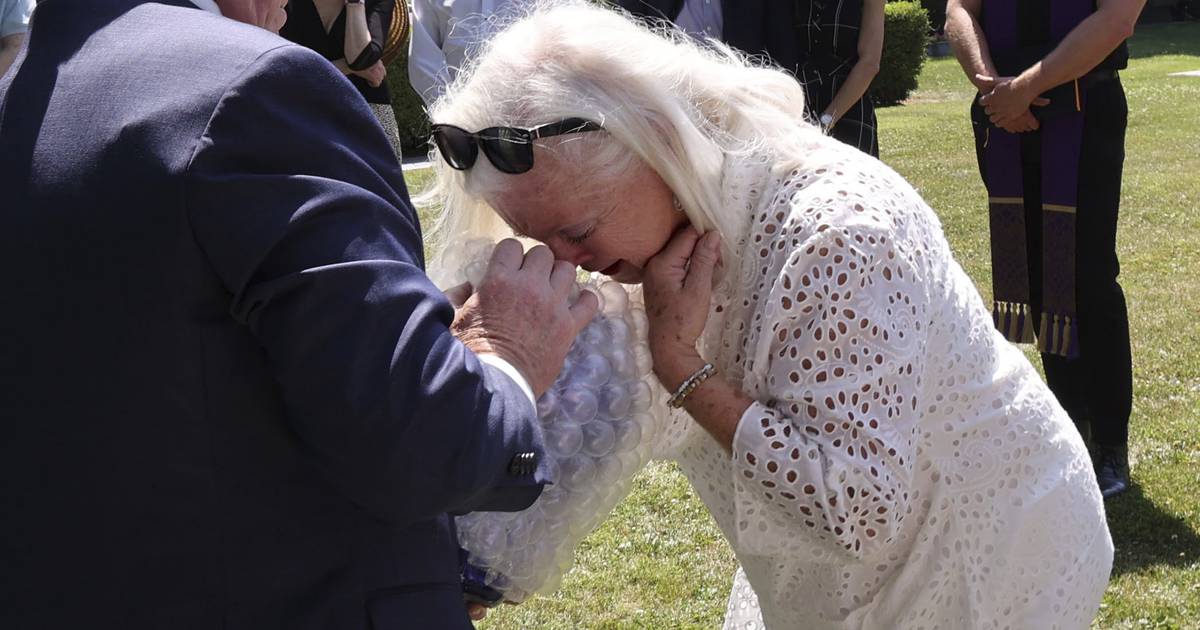 Justin Pearlman was settling into his final rehab, a $95-a-day treatment center in Pennsylvania, when the Tribune reached out to him for an interview about his battle with heroin addiction.

It was 2007, and Pearlman was part of a wave of young people in suburban Chicago who had fallen in love with a drug that had become so pure and accessible that it had lost its traditional sense of threat. But its effects remained as ruthless as ever: Pearlman described a chaotic existence of arrests, overdoses and unsuccessful trips to rehab.

“I definitely believe in a power that is greater than myself,” he said. “So many people have died from just one use. Why wasn’t it me?

Fourteen years later, it was him.

Pearlman died of a fentanyl and heroin overdose last September after what his mother called his reluctant return to illicit opioids. He came after a long period of convalescence, and according to his mother, only out of desperation when he could no longer access the drugs that had prevented painful withdrawal.

Fentanyl, an ultra-potent synthetic opioid, has changed the odds even for experienced addicts, let alone someone whose tolerance has evaporated after years of abstinence. It is unclear whether Pearlman fully appreciated this danger.

His death left his mother, Lea Minalga, founder of a Kane County support group for parents of drug addicts, adrift in grief.

“I don’t blame him at all for buying that little bag of heroin because I know exactly why he did it,” she said. “I just wish he’d told me, because we were so close. My whole house was full of (the overdose agent) Narcan. I would have sat there with him if he wanted to. try. It’s a huge regret for me.

She said Pearlman eventually overcame his addiction with the help of Suboxone, an opioid drug that suppresses the craving for the drug. Over time, he mended strained relationships with family and friends and became a successful salesman in his father Elliot’s industrial container business.

“He had reached a point in his life where everything was fine,” Minalga said.

First, he weaned himself off Suboxone, saying he wanted to experience life without the drug. But as with any opioid, stopping Suboxone can produce uncomfortable withdrawal symptoms. When these surfaced, Minalga said, he tried to restart the drug but was unable to find a supplier who could see him immediately.

Federal law has draped Suboxone in red tape, including a limit on the number of patients a provider can treat. The regulations aim to prevent unethical doctors from operating pill mills, but some researchers have found they discourage providers from offering the drug.

Dr. Bradley Stein, director of opioid policy, tools and insights for RAND Corp., said other factors are also at play.

Many doctors licensed to prescribe the drug treat far fewer people than they are licensed to, sticking to just a handful of familiar patients, he said. Insufficient reimbursement and a lack of patient services such as counseling also figure in the shortage.

Stein said better education and treatment systems would encourage more doctors to prescribe the drug, the same way primary care doctors have overcome their reluctance to use antidepressants.

“It’s easy for us to point fingers at these (regulatory) barriers,” he said. “I think it’s a lot more complicated than that.”

Pearlman’s lack of access to Suboxone led to his second decision: he apparently sought relief in an illicit market that had changed dramatically since the height of its use.

Fentanyl is cheaper, easier to produce and far more potent than heroin, and in recent years it has hit the streets. Dealers usually mix the drugs to increase their profits or simply switch to fentanyl.

This more than doubled fatal overdoses nationwide in just six years. Kane County has seen its own rise, reaching more than 60 opioid-related deaths in each of the past two years. This year he is on track to reach 75.

Sometime on the morning of September 28, or possibly the night before, Pearlman took what he thought was probably just heroin (Minalga said text messages on his son’s phone indicated that he was looking for the drug). A fentanyl test strip would have revealed its true properties, but there is no evidence that he used one.

When Minalga checked him out in the basement of their St. Charles home, he was dead, his left hand still clutching a syringe. Russell’s office determined that the cause of Pearlman’s death was fentanyl and heroin poisoning. He was 41 years old.

Government officials from Washington, DC to Chicago are increasing the availability of fentanyl test strips, but they are not foolproof. Lyndsay Hartman, who leads the Kane County Point to Point harm reduction group, said the strips only indicate the presence of fentanyl, not its strength, so users still don’t know exactly what it is. they get.

Other potential cures remain in limbo. Safe consumption facilities, which provide health officers to supervise drug use, are not sanctioned in Illinois. A more radical approach underway in Canada — prescribing regulated doses heroin or fentanyl – not even on the radar in the US

“We’ll never be able to keep control of the supply we have right now because it’s so volatile,” Hartman said. “We are far behind where we need to be if we really want people to survive.”

The particular tragedy of Pearlman’s death is that it’s hard to say whether it would have mattered. Experts say the strong stigma surrounding opioids encourages people to keep their use a secret, especially if they relapse.

The best stories from the editors of the Chicago Tribune, delivered to your inbox every afternoon.

“He didn’t want to disappoint anyone and he probably thought he would disappoint us, but he wouldn’t,” Minalga said.

On a beautiful morning last month, Pearlman’s loved ones buried his ashes in Union Cemetery in St. Charles (the family decided to delay the ceremony until it was warm). Mourners formed a semi-circle around his headstone, weeping silently as the Reverend Nathan Pacer of St. Patrick’s Catholic Church led them in prayer.

Later, at a lunch Elliot Pearlman hosted at his son’s favorite restaurant, Minalga denounced a drug market that had become deadlier than ever and called for tougher measures to stop the flow of fentanyl to people. United States.

But above all, she paid tribute to the years of effort of her son.

“I remember years ago he used to say the heroine would call his name every day,” she said. “He was probably the greatest hero I’ve ever met because he kept trying so hard to get over it all these years. And he did. (The overdose) was like a mistake, an accident It wasn’t supposed to happen.”