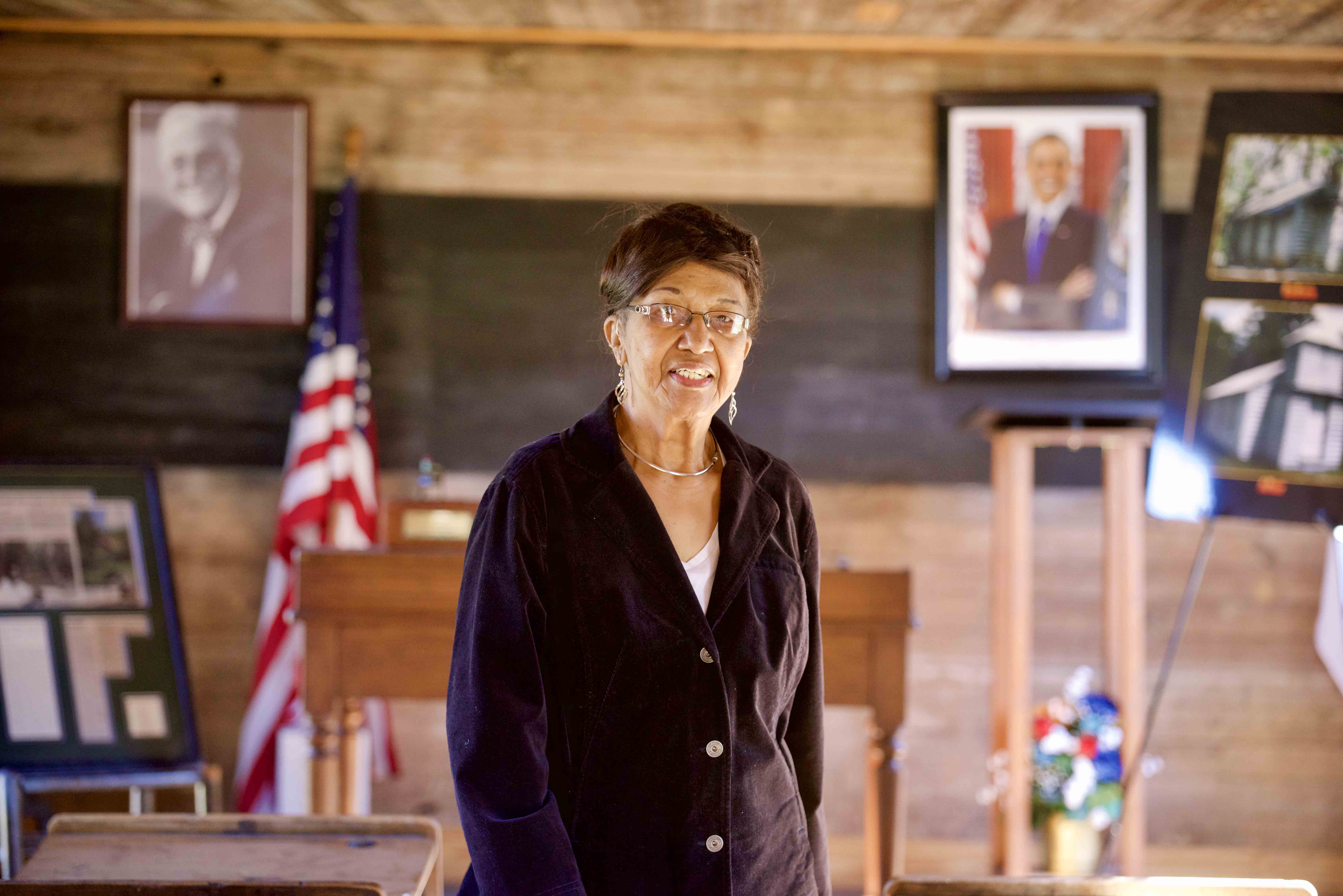 CHINA GROVE — A piece of local civil rights history buried in the woods off a back road in Rowan County for more than 60 years is turning into a tool to teach this generation.

The Neely School, located off Neelytown Road between Salisbury and China Grove, was built in the woods to avoid attention. Julius and Katie Neely had a vision to create a school to educate local minority students at a time when teaching black children was illegal.

Julius was a Zion AME minister, farmer, and businessman. He recognized the importance of education and wanted his family to benefit from it. The school was built around 1908 and educated students until it closed in 1948.

Marice Grissom Freeman, Julius and Katie’s great-granddaughter, said hiding the school in the woods was an intentional decision to avoid racist backlash. About 1,300 students were taught at the school during its operation.

Now the school is right next to the site where Julius and Katie’s house was. A footpath leads back to the school’s original foundation site – marked out by bricks that can be purchased via donation and inscribed with a donor’s name in honor of someone who raised funds for the project.

The Neely School Foundation chose to move the building so people could see it. He spent decades abandoned in the woods. Only the Neely descendants and a small group of local residents knew of its existence.

Foundation president Mary Neely Grissom, granddaughter of Julius and Katie, attended the school before it closed. Grissom said at the time people didn’t recognize its historical significance, but decades later the family started talking about finding the old building.

In 2010, some family members went into the woods to see if he was still standing. There were no roads, and some wondered if they could go down there. But they were determined.

They found the building abandoned with the paint worn off and all the floors missing, but it hadn’t fallen. The termite resistant white oak walls were still there.

“You felt good when you came down and thought, ‘This is ours,'” Grissom said. “And I remembered that’s where I went to school, and without that I wouldn’t have gone.”

Freeman, Grissom’s daughter, wonders if her mother would have been educated without school. When public schools were made available to minority students, Grissom was 8 or 9 years old.

The school’s foundation was established the same year, and since its inception has received over $135,000 in grants. In 2013, it received the status of a non-profit association. In 2014 the school was moved and restored by Alfred C. Wilson and Company, a Salisbury contractor specializing in restoration work.

In 2017, Rowan County named it a historic landmark after a unanimous vote by the Board of Commissioners. In 2018, a Scout project placed signs with historical information along the path leading to the old site. In 2020, the site got its latest edition – a small community center. It has bathrooms, a large picnic table and a shelter.

The center is part of the next stage of the foundation for the site. The COVID-19 pandemic has created a few bumps in the road, but the hope is to continue to develop the property and partner with Livingstone College to use the school to teach Rowan County students its history.

The community center is a good place for students to have lunch and take a break from field trips. The foundation also wants to carry out landscaping work and build a playground on the site, among other improvements.

Freeman said the foundation encourages those interested in the site to contact them for tours, including school, church and scout groups.

The furniture was gone when the school was rediscovered, but the old flat-bellied stove used to heat the space was still there. Period furniture has been salvaged to make the space as close to the original as possible. The sections of walls that had worn out were repaired as close as possible to the original walls. The color of the new wood is a little lighter.

The interior of the school has a few other historical additions, including a list of known teachers and some of the family’s students.

If the foundation hadn’t restored the building, Freeman said, no one but the family would know. The only people who would have seen it after it closed were male relatives who were hunting.

In 2017, a book “Little School in the Woods” was published in collaboration with the foundation. Aimed at a third-grade level, it tells the story of the family of Julius’ mother, Caroline, escaping slavery through the restoration of the school. It is available for sale, and the Rowan County Public Library also has copies.

The foundation hopes to eventually obtain North Carolina and United States Historic Landmark status for the school. To contact the foundation about tours, email neelyschool@gmail.com