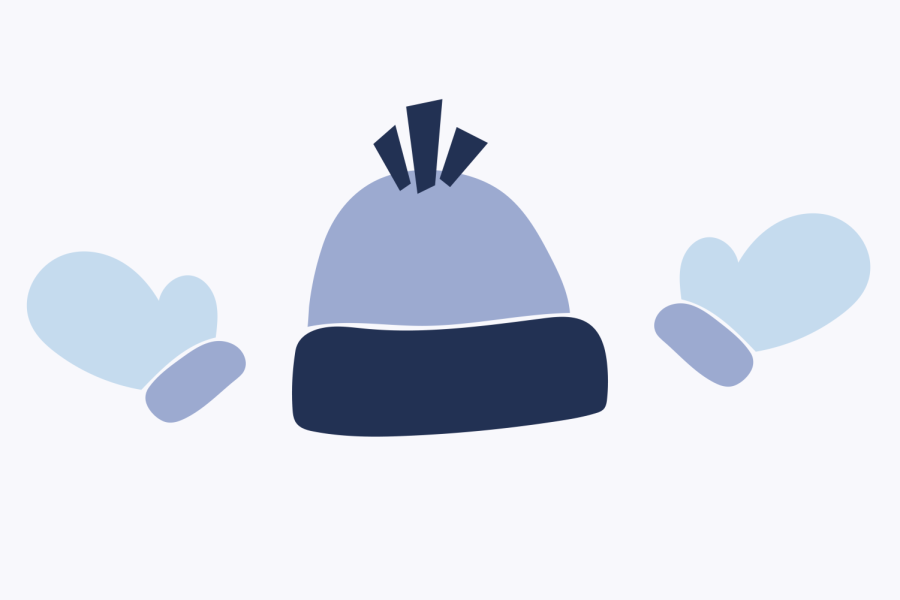 It’s cold outside, Gophers. The back-to-school buzz has faded and we’re having a hard time convincing ourselves to go out again. While winter isn’t going away anytime soon, we can at least trick our brains into thinking the cold is a fun and quirky experience by attending winter festivals, markets, and concerts.

All Twin Cities venues require proof of full vaccination or a negative test within three days of show dates. Events allow all ages unless otherwise stated.

1.Festival of the Great North Events
The Great Northern hosts about two weeks of winter festivities each year, highlighting the beauty of Minnesota’s freezing cold season. Although their lineup already started last week, there are plenty of attractions left for the first week of February, including gems like Dance Church at First Avenue, Winter Hiking 101 and many more.
View the full list of events here. Prices vary, events run until February 6

2. Opening of the exhibition “Forget Me Not”
Local artist and recent University of Minnesota graduate Mark Khan’s first solo photo exhibition will be on view at Coffman Union beginning February 3. The opening is open to the public and will include food and drink, a Q&A with Khan and live music. Free, more information here. February 3 to March 30

3. Scream It Off Screen Short Film Competition
What do you think of amateur cinema? Do you like to loudly boo things in public? Are you constantly looking for the pain-induced rush of an angry gong while dozens of other people around you are also booing? Try visiting one of the Scream It Off Screen events at the Parkway Theater on the first Friday of every month. During these short film competitions, audience members are responsible for deciding who gets the gong (losers) and who gets a very sweet cash prize. Submissions are open to everyone, free of charge! Tickets at the event are $10. 18 and over, February 4

4. Speed-dating with seniors in clothing design
Explore a different kind of senior thesis showcase with college apparel design students at “Sundry. Multidimensional Design” this Saturday. At the event, all visitors will engage with the designers and hear about their work in a quick, speed-dating style Q&A. After opening at Rapson Hall, the senior thesis exhibit will be on view in the Cargill Gallery at the Hennepin County Central Library from February 8 through March 24. Free, more information available here. February 5

5. Minneapolis Vintage Market at Machine Shop
Find your next great thrift store at this month’s Minneapolis Vintage Market. The event spans two floors in the industrial space, offering a plethora of pre-loved goodies, and will include a Get Down Coffee Co. pop-up, food trucks and music from DJ Buster Baxter. Tickets are $10 for early entry and free after noon. February 6

6. Battle of the Bands at Whole Music Club
Starting February 4, Battle of the University Bands will pit your favorite student bands against each other in a jam to end all jams. Every Friday night in February, visit the basement of the Whole in Coffman Memorial Union to watch live performances throughout the process of elimination. The winner will be chosen at the Spring Jam in April. Free, more information here. Every Friday in February.

7. Bad Suns at the Fillmore
The Californian post-punk and indie rock band is currently on tour with their fourth album ‘Apocalypse Whenever’, released in January this year. Backing bands include psychedelic Kid Bloom and Dallas-based indie rock band Little Image. Tickets start at $24 and are available here. February 10

8. Black trade is a beautiful market
Visit the Black Market Market once a month to connect with community members, shop for last-minute Valentine’s Day gifts, and support local small businesses. This month’s market will be held in the Case Building in St. Paul and will host live entertainment, games, a host of different food vendors, and plenty of goodies to browse. More information here. Free, registration is encouraged. 12 February

10. Action Bronson and Earl Sweatshirt at the Fillmore
The two rappers will co-lead their ÑBA Leather World Tour with support from The Alchemist and Boldy James. The tour follows new releases from both artists, including Earl Sweatshirt’s 10-song project from earlier this year, “SICK!” and Action Bronson’s “Only for Dolphins,” released in 2020. Tickets start at $60 and are available here. 18 and over, February 12-13

11. MARINA at the Orpheus
The Welsh singer-songwriter will be touring for his fifth studio album as part of the ‘Marina: Ancient Dreams In A Modern Land Tour’ this Valentine’s Day. Tickets start at $40 and are available here. February 14th

12. Backseat Lovers at the 7th Street Entrance
The Utah-based indie rock quartet will perform music from their 2019 album “When We Were Friends” with support from Over Under, another Salt Lake City indie quartet. Tickets start at $25 and are available here. February 15

13. Winter Beer Dabbler at Minnesota State Fairgrounds
Enjoy samples of Minnesota-made craft beverages, food trucks and live entertainment at the first Winter Beer Dabbler since 2020. Base tickets are $55 and include access to unlimited beer samples and of cider. Designated drivers can enjoy a price reduction and free non-alcoholic refreshments. Tickets are available here. 21 and over, February 19

14. Alice Phoebe Lou at the Turf Club
The South African-born alternative pop singer known for her eclectic, retro sound in songs like “Witches” and “Dusk” released two new albums last year, “Glow” and “Child’s Play.” She will be touring across the United States and Europe for most of this year. Tickets range from $15 to $20 and are available here. 21 and over, February 17

15. Beach House at the Palace Theater
Beach House, a Baltimore native known for his heady instrumentals with Tumblr-era songs like “Space Song” and “Lazuli,” is coming to Minneapolis for his “Once Twice Melody” tour. Tickets start at $45 and are available here. 18 and over, February 26

17. Mike Birbiglia live! at the Pantages Theater
Softie comedian Mike Birbiglia, known for his many TV specials including “What I Should Have Said Was Nothing”, “My Girlfriend’s Boyfriend” and “Thank God for Jokes” will visit the Twin Cities for three nights this month to showcase his latest solo show, “The Old Man and the Pool.” Tickets start at $43 and are available here. February 17-19

18. Tyler, the creator of Target Center
After the release in 2021 of “CALL ME IF YOU GET LOST”, the rapper’s sixth studio album, he tours with Kali Uchis, Vince Staples and Teezo Touchdown. Tickets start at $25 and are available here. February 20

19. Faye Webster at Fine Line
The indie folk pop darling, known for “Kingston” and “Right Side of My Neck,” will be touring with Kate Bollinger for her latest album, “I Know I’m Funny haha.” Tickets start at $18 and are available here. 18 and over, February 21

20. “Pretty Woman: The Musical” at the Orpheum
The Broadway musical based on Julia Roberts’ cult 1990 film of the same name (inspired by Roy Orbison and Bill Dee’s song “Oh, Pretty Woman”) hits the road this year. Tickets start at $40 and are available here. February 22-27