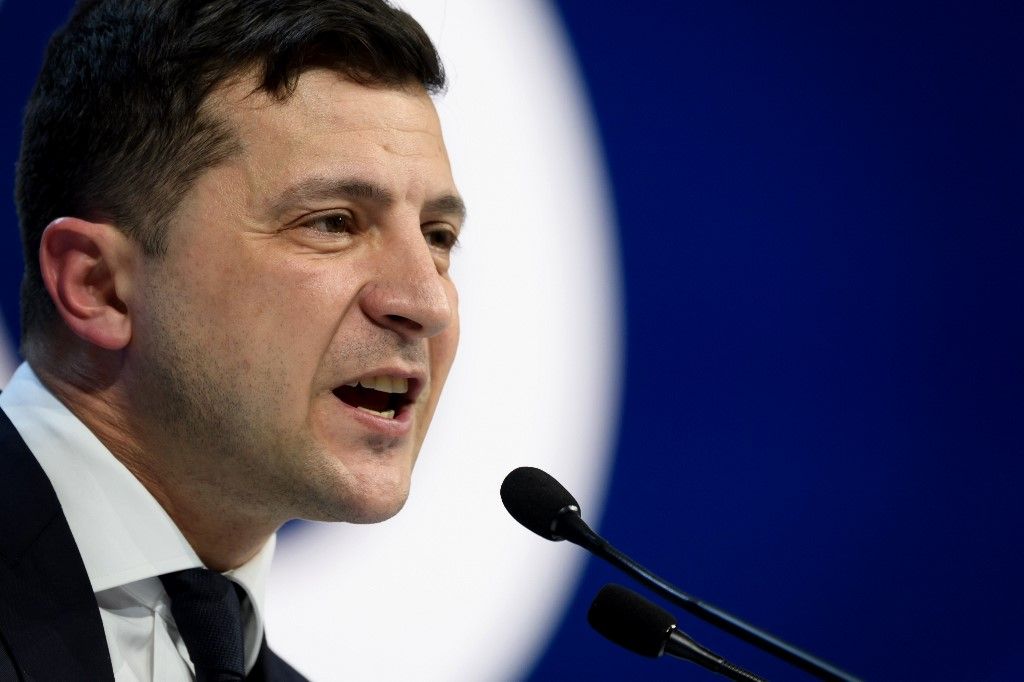 Zelensky: ‘The question is whether the Israeli ambassador stays in Moscow knowing his new position’

“The Russian Foreign Minister openly and unhesitatingly said that the greatest anti-Semites would be among the Jews and that Hitler would have Jewish blood,” Zelensky said in a video address.

“It means that the Russian leadership has forgotten all the lessons of World War II,” Zelensky said. “Or maybe they never learned those lessons.”

“So the question,” Zelensky added, “is whether the Israeli ambassador remains in Moscow knowing his new position, whether relations with Russia remain normal.”

Lavrov on Sunday attempted to justify his country’s stated efforts to root out Nazis in Ukraine, a country ruled by a Jewish president. His statements have been rejected by leaders in Israel and around the world.

“Jews didn’t kill Jews in the Holocaust. The lowest level of racism against Jews is to accuse Jews themselves of anti-Semitism,” Israeli Foreign Minister Yair Lapid said.

“Mr. Lavrov’s comments are simply sickening and deserve the condemnation of all who oppose the dangers of anti-Semitism,” said U.S. Senate Majority Leader Chuck Schumer.

“It is incumbent on the world to speak out against such vile and dangerous rhetoric and stand with our Ukrainian partners in the face of the Kremlin’s vicious assault,” US Secretary of State Antony Blinken said on Twitter.