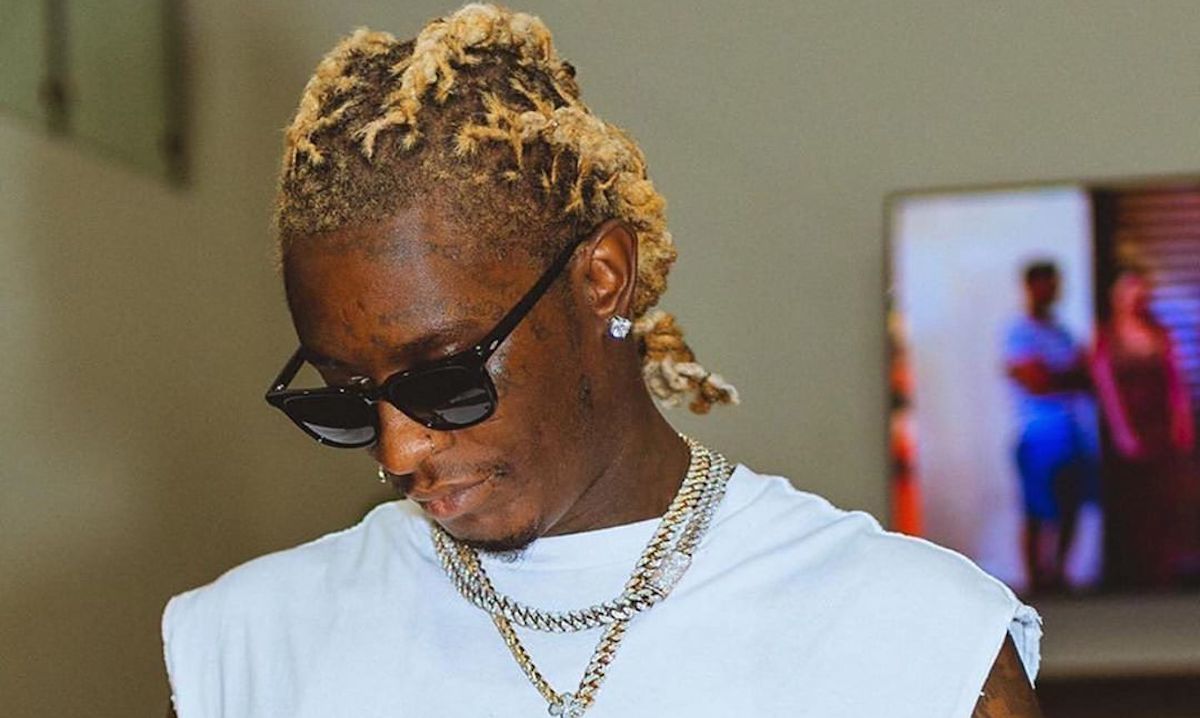 Young Thug’s lyrics to several of his hit songs will be used as evidence against him in his YSL Rico case.

Young Thug’s bail hearing was postponed this week to June 2 as the judge listened to prosecution concerns that his attorney Brian Steel was unfit to represent him as he currently represents a number of other defendants in the racketeering trial against YSL rapper, Gunna, and 26 others.

Prosecutors filed a motion to have Steel removed from representing Young Thug, and the judge adjourned his bail hearing to deal with the prosecution’s motion as to whether Steel can even represent the rapper.

Meanwhile, Thug is back in Fulton County Jail, where he is being held on charges of conspiracy to violate the Racketeer Influenced & Corrupt Organization (RICO) Act and attempted murder.

The district attorney’s office had said YSL was not a label but a criminal enterprise responsible for multiple crimes in the Fulton County area.

The gang is said to have been operating since 2012, and the DA has cataloged numerous lyrics from Thug’s music that it believes violate RICO law.

Among his lyrics are his songs “Anybody”, “Take it to Trial”, “Ski” with Gunna and “Slatty”.

Prosecutors say lyrics show Thug ‘preserving, protecting and enhancing the company’s reputation, power and turf [YSL]as a gang, and “demonstrating its allegiance to the company and its willingness to engage in violence in its name”.

The RICO case against YSL and its members claims the gang is responsible for more than 100 crimes, including “more than 50 murders” since 2012, and prosecutors are linking the lyrics to Young Thug’s “Slatty” to make their case.

In other songs, Thug also brags about being indirectly involved in crime.

“I never killed anyone, but I have something to do with this body,” he rapped on 2018’s track “Anybody,” featuring Nicki Minaj. “I told them fire a hundred rounds…ready for war like I’m Russia…I get all kind of money. I am general.

Alongside Thug and fellow rapper Gunna are several people close to the two rappers and the YSL outfit.

They include rapper Yak Gotti, real name Deamonte Kendrick, who is charged with murder, Christian Eppinger, who is accused of seriously injuring an Atlanta police officer in a shooting in February, Quantavious Grier, the brother of Young Thug, and rapper Unfoonk who is charged with theft by receiving stolen property, a 9mm Taurus handgun.