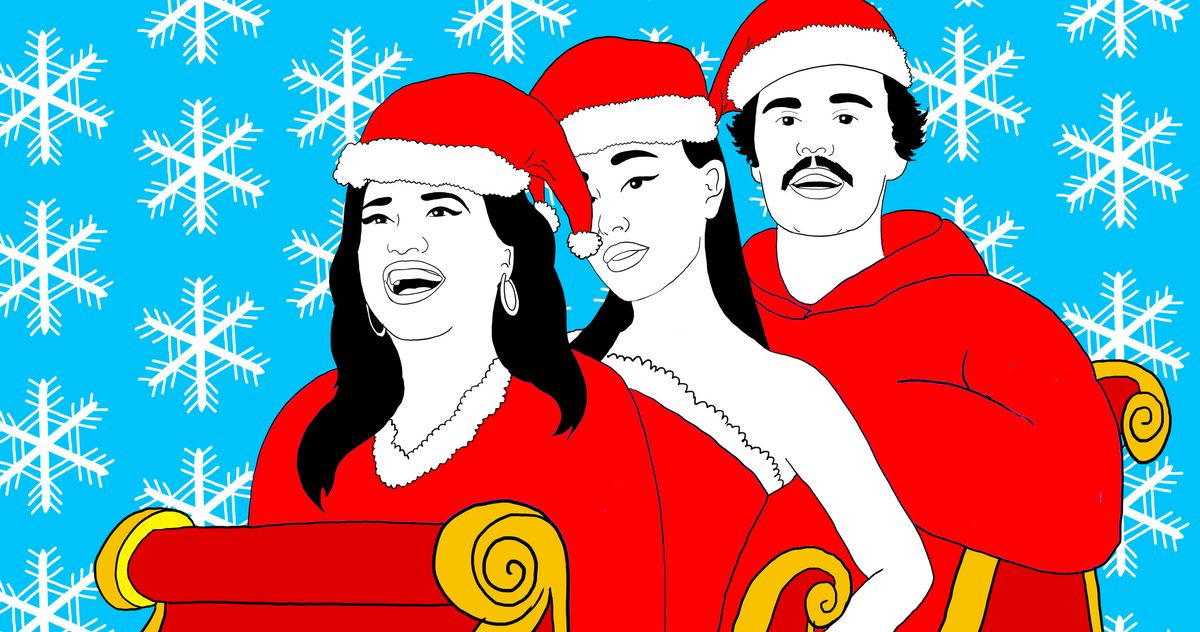 Why are there no new Christmas carols? Not only have globes lobbed over the annual glut of Christmas releases, but records that are actually joining the rotation of holiday classics. At BillboardIn the Holiday Hot 100 chart right now, there are only four songs from the past ten years that have reached the top 50.

??Kelly Clarkson: “Under the tree”
??Ariana Grande: “Santa Claus tell me”
??Loretta Lynn: “White Christmas blue”
??Sharon Jones and the Dap-Kings: “8 days of Hanukkah “
??Jonas Brothers: “As if it was Christmas”

This week, we listen to each of these holiday hits – from Kelly Clarkson, Ariana Grande, Justin Bieber and the Jonas Brothers – and ask if any of those songs can go so far as to become 21st century additions to the canon of the Christmas music. .

Nate Sloan: Let’s start with the song which sits comfortably at # 13. This is Kelly Clarkson’s “Underneath the Tree”, originally released in 2013.

Charlie Harding: The first thing I noticed was that it immediately took inspiration from all the sounds of Christmas. It has quarter notes on the piano, church bells, a giant orchestration and a sort of 60s sound barrier felt with great reverberations. If you played that back-to-back with “Jingle Bell Rock” I’d be like, Cool, same kind of business.

Natal: I’ve heard that Chuck and I would suggest another Christmas classic as a point of reference here: “Christmas (Baby Please Come Home),” by Darlene Love.

Natal: And this was produced by Phil Spector, the inventor of this sound barrier approach you were talking about.

Charlie: I’m just going to be a curmudgeon and say that I appreciate the original more than the Clarkson song that he influenced.

Natal: I agree. I think if the song works at all it’s because of those nostalgic sonic references we heard and because of Kelly Clarkson’s powerful voice.

Natal: So keep that in mind as we move on to the song that sits at # 17 on the holiday charts. This is Ariana Grande’s “Santa Tell Me” from 2014.

Charlie: That’s good, because it has some of the stamps of old Christmas music, your glockenspiel, and more traditional instruments like strings. But it’s much more contemporary in the way it’s syncopated; it’s more rhythmically engaging. It doesn’t sort of fall on those rock and roll backbeat tropes.

Natal: I think you’re on to something, Charles. Because when we get to the first verse, they lean even more into those modern production choices.

Charlie: It’s Jay-Z who meets A Christmas Carol. I never knew I wanted it, and it works. It totally works.

Charlie: I am a believer. There are sleigh bells, Jason Mraz guitar. Nate, I don’t like this song.

Charlie: No, it’s just a personal matter. I don’t like the “Jason Mraz-y ’50s chord progressions with a reggae beat” kind of vibe. It’s just brother’s music to me. I am sorry.

Natal: I hear “Mistletoe” almost like a carbon copy of Jason Mraz’s “I’m Yours”. It has exactly the same chord progression. It has the same guitar and the same guitar rhythm, even has a similar melodic phrasing. But I would venture to say that it’s even more squeaky than “I’m Yours”, especially when we get to the chorus of “Mistletoe”. Hearing Justin Bieber singing “shorty” kind of spoils Christmas for me.

Natal: We’re so easy, Charles. But we still have a job; we have to choose which of these four songs we think is most likely to join Mariah, Perry Como and Bing Crosby in the annals of Christmas music classics. Is it the Jonas Brothers, is it Bieber, is it Ariana Grande or is it Kelly Clarkson?

Charlie: I want it to be Ariana Grande. It’s my favorite song, but it will definitely be Kelly Clarkson because she adheres so closely to the Christmas formula.

Natal: So a bold prediction from our resident songwriter. I will disagree. I’m going to go ahead and say that Ariana’s “Santa Tell Me” is going to be the biggest modern hit we’ll see, because like we said, it contains that blend of modern production and classic. Long live the Christmas holidays.

Charlie: You know the fact that old-school hip-hop is having such a wave of nostalgia right now makes me think you might be right. Because holiday music is all about nostalgia and as we get older the references, which seem nostalgic, accumulate over the decade. So maybe these references make it seem like they fit into the same retro hip-hop world.

Natal: We will have to come together again in ten Christmases and see it and see what has emerged in our collective listening consciousness.

Charlie: I’ll see you in the podcast metaverse in ten years.

1.5x Speed: A weekly newsletter of podcast recommendations and reviews


By submitting your email, you agree to our terms and privacy notice and to receive email correspondence from us.