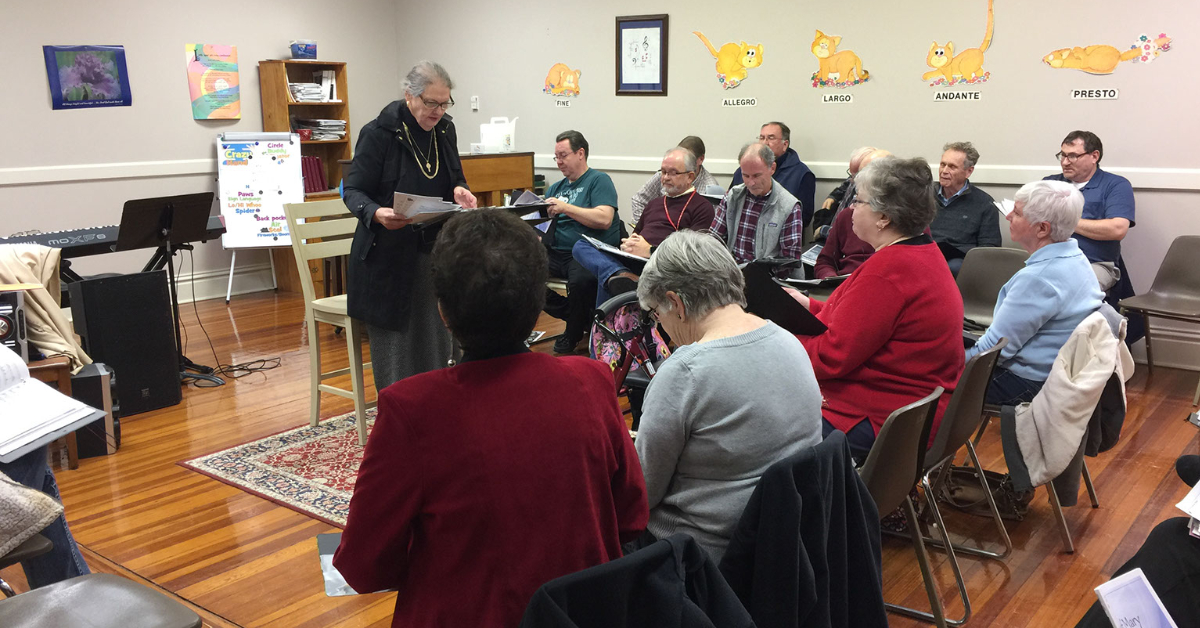 Sharon Pendley leads the members of the Vicksburg Chamber Choir during a rehearsal. The choir will perform for the first time in over a year when they present a Christmas concert on Tuesday at the First Presbyterian Church. Photo file

The Vicksburg Chamber Choir will give its first performance in over a year on Tuesday with a Christmas concert at the First Presbyterian Church.

The show starts at 7 p.m. and is free to the public.

“It will be a traditional concert with traditional Christmas carols accompanied by piano and pipe organ and will be acoustic,” said conductor Sharon Pendley.

The performance will be Pendley’s last as a conductor; she passes the baton to a new conductor.

“You’re getting to a certain age where you just don’t have the energy that the band deserves to have,” she said in an October interview of the choir.

“I’m glad they found a new and young conductor who can lead them into the future,” she said, adding that she will regret the times she will be working with the choir.

The choir’s Christmas concert is an annual event in the city, but its run was halted in 2020 when it was canceled over concerns of COVID-19.

“We’ve always done a very traditional Christmas carol concert for the city for free every year and they’ve been wonderful. With COVID, it’s gone, ”Pendley said in October.

“I probably miss maybe a quarter of my singers,” she said Thursday. “But we have enough singers together who feel good enough to do it (the gig) that we manage to take the pitch.”

John Surratt graduated from Louisiana State University with a degree in General Studies. He has worked as an editor, reporter and photographer for newspapers in Louisiana, Mississippi and Alabama. He has been on the staff of the Vicksburg Post since 2011 and covers city government. He and his wife attend St. Paul’s Catholic Church and he is a member of the Port City Kiwanis Club.