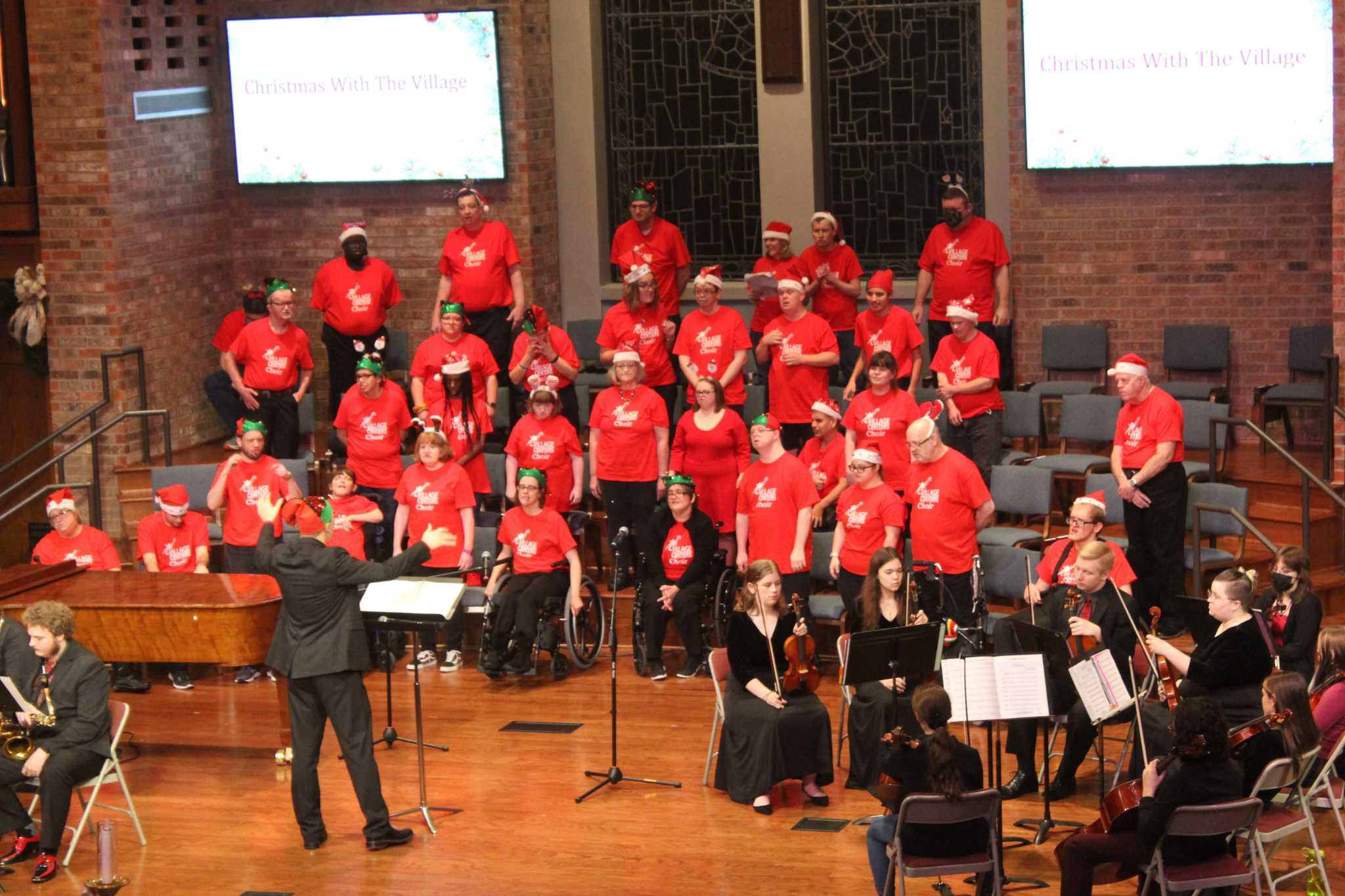 The Kingwood Village Choir broadcast some of their own holiday cheer on Thursday, December 14, performing their annual Christmas concert with a little help from Lone Star College and the local community of First Presbyterian Church of Kingwood .

The village choir donned their Santa hats and performed classic Christmas tunes such as “Frosty the Snowman” and “Silver Bells” in their first-ever holiday concert since the start of the pandemic. The village choir, made up of patrons of the Village Center asbl, offered the public a captivating spectacle.

From the audience’s response, it was evident that the voices of the choir, alongside the accompanying jazz band and orchestra, made for a truly peaceful and moving experience. Magic was certainly in the air during the last moments of the concert when the audience themselves were invited to sing “Silent Night”.

Kristy Condrad, Executive Director of the Village Learning Center was particularly moved at the idea that the village choir could perform again.

“This is the first chance our villagers have to play with everything that is going on with Covid,” Conrad said. “It was an opportunity for them to get together with other musicians from the community and perform for their families and everyone who showed up tonight.”

The Village Center is a non-profit organization that serves people with intellectual and developmental disabilities, helping families by giving them a place to go during the day, where they are helped with job skills and socialization, among other activities. .

The Center Village also provides independent housing and service residences. According to Conrad, the Village is home to 30 different clients.

The concert was a collaboration with Lone Star College. The director of the village choir, Heath Vercher, organized the concert to give the villagers a chance to work and learn about other musical groups and types of instruments. The jazz band and orchestra that performed were all volunteers from the college and the local community.

It is also the first performance Vercher has achieved since the start of the pandemic. He has been working closely with the choir since August, and like many musicians who were unable to conduct or put on a show, Vercher was delighted to be able to work again.

“We get together every Monday and work for about an hour,” said Vercher, “and they bring their A-game every time. It’s just a pleasure to work with them.

Vercher believes that the village as an organization defends and defends the idea of ​​community through the choir. For him, the practice of bringing together is synonymous with Village Center.

“Music is about moving others,” said the director, “and more importantly for me and for all those who sing in the village choir, it’s about community. It’s about coming together. Music has a way of bringing us together in a way that no other art form does. “

Vercher says the Village Choir is also planning a spring concert, although no date has been confirmed yet. The concert will likely take place in April or May, he says. Plans for a July 4th concert are also something that he says is also a possibility.