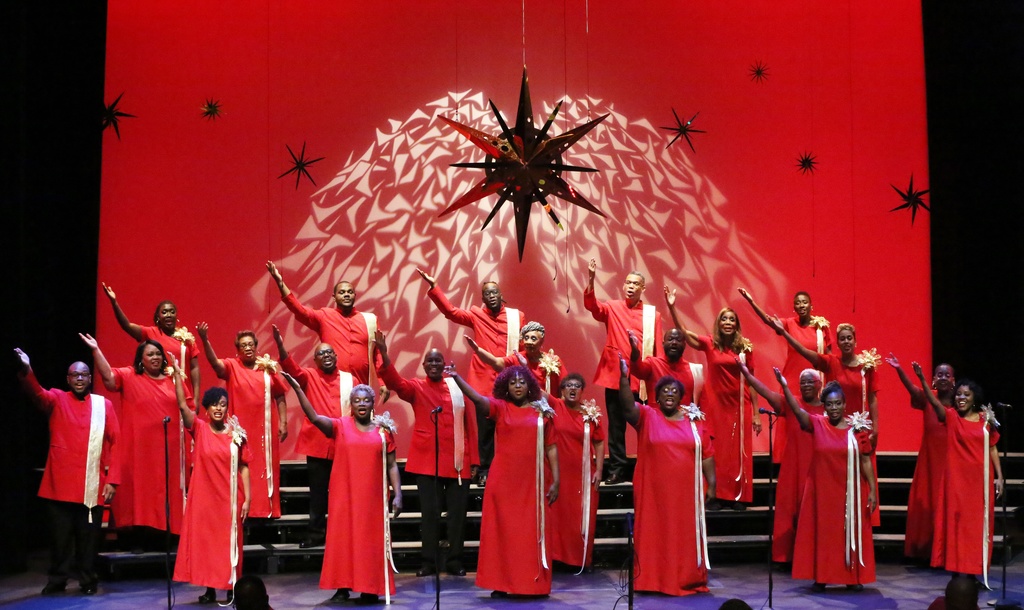 Beginning at 5 p.m., the concert “will take patrons through sacred music and scriptures on the sacred theme of the cultures and feathers of the region.”

From Barbados, Cuba and the Bahamas to Trinidad and Tobago, Jamaica and Saint Lucia, In Songs of Praise will feature music from the Christian faith as well as regional religious movements such as the Orisha and Rastafari religions.

Featured composers/arrangers and musical adaptations include the work of the late Noel Dexter, Kaestner Robertson and Hanif Lawrence from Jamaica, John Jacob, Anton Williams and Michael Hudlin from Trinidad and Tobago, Keitje Greaves from Saint Lucia and Mitchell Nicholls from Barbados. Works by musical director Carl Anthony Hines will also be presented.

“The inspiration came from the desire to unearth and further popularize regional music. It’s part of our goal to showcase the music and musicians of the region, to showcase that range and versatility,” says Hines.

“The title of the show came from a discussion that the music team and I had a few years ago. I had expressed the desire to do a series of concerts on the music of the region. This series does not would not be limited to being a series of “folk” shows, but thematic and varied music, including sacred, folk and calypso, contemporary and beyond.

As usual for The Lydians, the show will showcase the talents of young and future arrangers/composers from the region while paying homage to the works and legacy of those who have gone before us.

“It is a point of hope and joy to hear Lydians bring to life the artistic perspectives of emerging voices in the Caribbean. One of my personal goals is for each concert we undertake to present at least one new work by a young composer from the region. I also think that, significantly, the show serves as a tribute to luminaries of the past and, in that, is intertwined with the music of a friend and mentor, the late Noel Dexter,” says Hines.

Originally intended to be performed during the Easter 2021 season, the concert was postponed due to the pandemic lockdown.

The concert will be a snapshot, aiming to give patrons a sense of pride in the beauty, spirit and versatility of our community’s sounds and a taste for more to come.

Part of the proceeds from the concert will be donated to the St Joseph’s RC Restoration Fund.

Next on the choir’s agenda is Lydian Steel’s long-awaited 25th anniversary recital “Seasons of Steel” on July 16-17, a guest appearance at the MW Productions July Concert and the Lydian Yuletide season – Lydians on the Mount Advent series and annual Christmas concert.

Tickets for In Songs of Praise are $200 and can be purchased from Lydian Members and at the Dominican Book Center, Morne Coco Road, Diego Martin (Monday through Friday, 8 p.m. to 4 p.m.). Additionally, ticket reservations can be made via a call or Whatsapp at 355-7769 or 323-6653