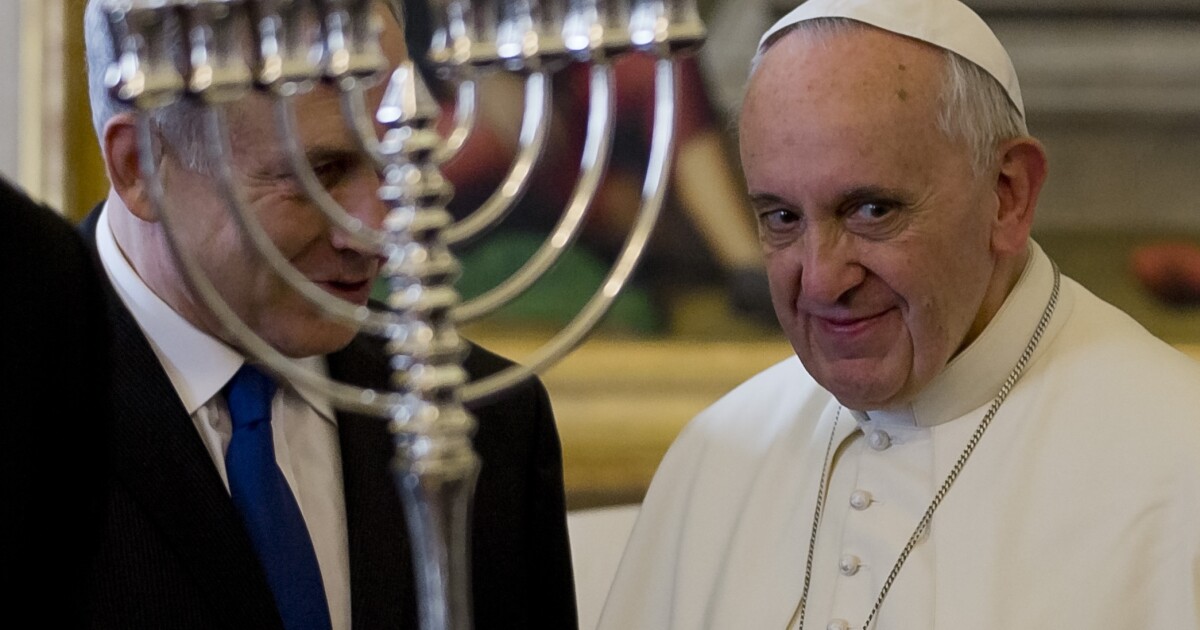 For many people, humility is a seasonal message. At Christmas, some like to recall from Philippians 2: 8 that Jesus “humbled himself”, becoming “obedient unto death”.

For some Jews like me, Chanukah also teaches humility. The Maccabees who drove the Assyrians from the Temple in Jerusalem achieved a great victory. But what we remember best is the humble oil that lit the Temple menorah for eight days.

Nowadays, humility is rare and precious. In this season and in the year to come, I hope to learn from those who demonstrate humility and resist pride.

In my work as a civil rights lawyer, I sometimes meet people who ask me to protect their own freedoms, especially their freedom of expression, while denying the same freedom to others.

It is pride to think that we can suppress the speech of others while remaining free. It makes sense whether the discourse we want to suppress is progressive, conservative, Zionist, pro-Palestinian, pro-Bible, or LGBTQ. Humility is supporting freedom even for those we don’t understand or think we understand too well.

Years ago, I recommended legislation that would protect all faiths from discrimination in schools and colleges. What I found was that everyone I spoke to wanted this freedom for themselves and their children. But many feared how others would use it. The Liberals feared evangelicals would pray in schools. Conservatives feared Muslims would do the same. It is pride to think that we can suppress the faith of others while we ourselves remain free. Humility is understanding that the freedom of one requires the freedom of all.

Pride is in assuming, whether on the college campus or elsewhere in our culture, that “credible defendants” are to be presumed guilty, whether due process or not. It is pride to assume that we know why victims do not come forward when survivors are so often abused by those they turn to for help. Humility is to protect both the honest accusers and the unjustly accused.

Pride is assuming that we have no prejudices other than what we recognize in ourselves. It is also pride to assume that we understand other people’s weaknesses better than they understand themselves. Humility is understanding that we all need to be kinder to each other.

In education, pride is thinking that one size is suitable for everyone. Each student has a different set of needs, potentials and abilities. Each family has its own history, history and heritage. Each child has their own flame to light. Our educators must respect them all.

Pride lies in educators to believe that we can succeed with centralized education planning when governments have failed in centralized economic planning. Humility is understanding that success is the work of many minds.

Pride among educators is in thinking that we can make decisions for families that parents are too ignorant to understand. Humility is understanding that parents must take care not only of the health and secular education of their children but also of their spiritual well-being.

Pride is assuming that we can recognize talent when it’s wrapped up differently than we do: in a different skin, accent, ability, or gender. Pride is also about assuming that others are blinded by their own race, gender or ethnicity. It is pride to assume that cultural elites can be trusted to use ethnic stereotypes that we know to be obnoxious when used by others. Humility is enjoying the things we can’t see and the things others can see.

Pride is believing that we can be trusted to treat others differently based on their race, even if others cannot. It is pride to believe that we can exercise racial preferences in a virtuous way, even if we cannot be trusted to do so.

Years ago, as a young civil rights activist, I thought I could detect racial discrimination with statistical tools and computer programs. It was a lesson in humility to learn that older researchers could locate him better through their intuition and experience. It is pride to assume that statistics can discern discrimination from quantitative patterns. It is humble to see that the numbers hide a myriad of stories.

As a young lawyer, I have supported the growth of diversity programs. It is humiliating, as I and these programs have aged, that they too sometimes harbor hidden forms of hate. A new
to study
shows that diversity, equity and inclusion programs often reflect the kind of prejudice, especially anti-Semitism, that they are meant to eliminate.

It is pride to deny that our best efforts to improve ourselves often go astray. Humility is about finding ways to live more gently with each other.

Kenneth L. Marcus is the founder and president of the Louis D. Brandeis Center for Human Rights Under Law and author of The definition of anti-Semitism. He was the 11th Assistant Secretary of Education for Civil Rights.