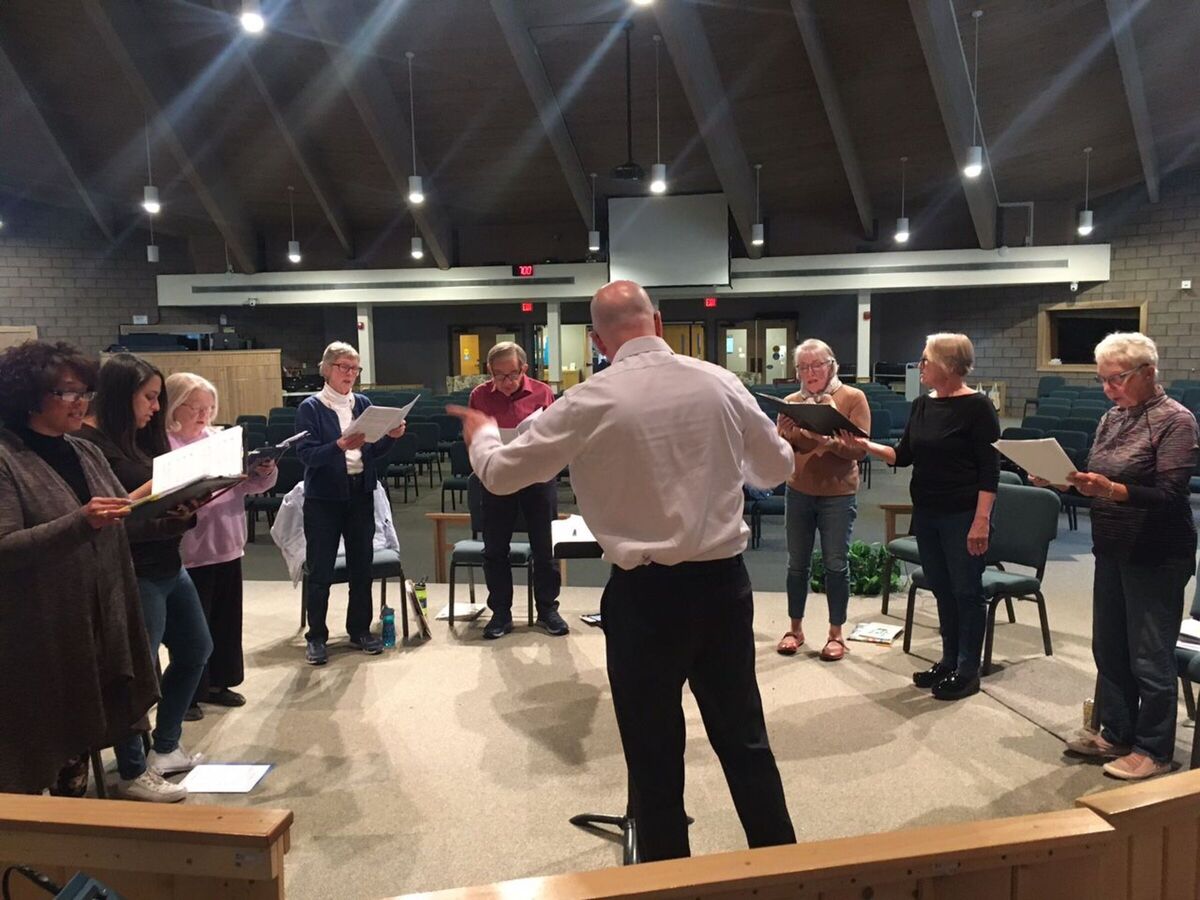 The coming month will highlight the talents of the Hudson Mills Regional Choir as they take part in select local events, including the upcoming Memorial Day Ceremony in downtown Dexter.

The regional choir is currently made up of members of the Dexter community, but as the name suggests, they are looking to expand into the greater Hudson Mills area and hope to add voices from neighboring communities like Pinckney, Chelsea, Hamburg, Stockbridge, Gregory and possibly Brighton, Howell and West Ann Arbor.

Upcoming events will shed light on their topic, especially for those who might be interested in joining.

The Sun Times News (STN) recently attended a practice at Dexter United Methodist Church. The choir is led by Mark Loring and is in the next phase of releasing from the Dexter Community Choir, which was formed in 2019.

Gordon Darr, who also helps with the choir and is the founder and president of the Hudson Education Center, describes the choir this way.

“We are a multigenerational member choir of New Horizons International,” he said. “We’re very small now, but we periodically recruit staff from the Hudson Music Center, to add to our sound. Our six to eight core members are at the very heart of the enthusiasm and commitment. We sincerely believe that we are going to play something big, with 50 local voices, like Handel’s Messiah, within two years.

He said their main recruitment was for adults in the region, “including people who have never officially sung”.

“The New Horizons organization recruits over 50s,” Darr said. “We hope to have all ages, all levels of experience and even all varieties of talent. We want everyone to sing!

STN asked Darr what motivated the creation of the regional group. He said it started with the Dexter Community Choir, which was the brainchild of Michigan State University voice and music education graduate Charlotte Darr in 2019.

“She was our first director and kicked off the idea,” he explained. “As we searched for new members, we realized that the idea of ​​basing it out of the Hudson Mills area had a certain appeal. Bringing people together from all of these communities seemed like the right thing to do. And its wider area appeal would be enhanced by renaming it to the greater Hudson Mills area.

“We play music that our audience will recognize and appreciate, and new material that they will eventually love,” Darr said.

During the practice visited by STN, they practiced the mixture of the armed forces and the Shenandoah.

They will perform their spring concert at 3 p.m. on May 22 at Dexter United Methodist Church. This is free to the public. They will be joined by guest performer Celia van den Bogert, harp teacher at the Hudson Music Center.

And they have a spot on the Memorial Day ceremony program at Monument (gazebo) Park, which follows the parade that begins at 10 a.m. on May 30 in downtown Dexter.