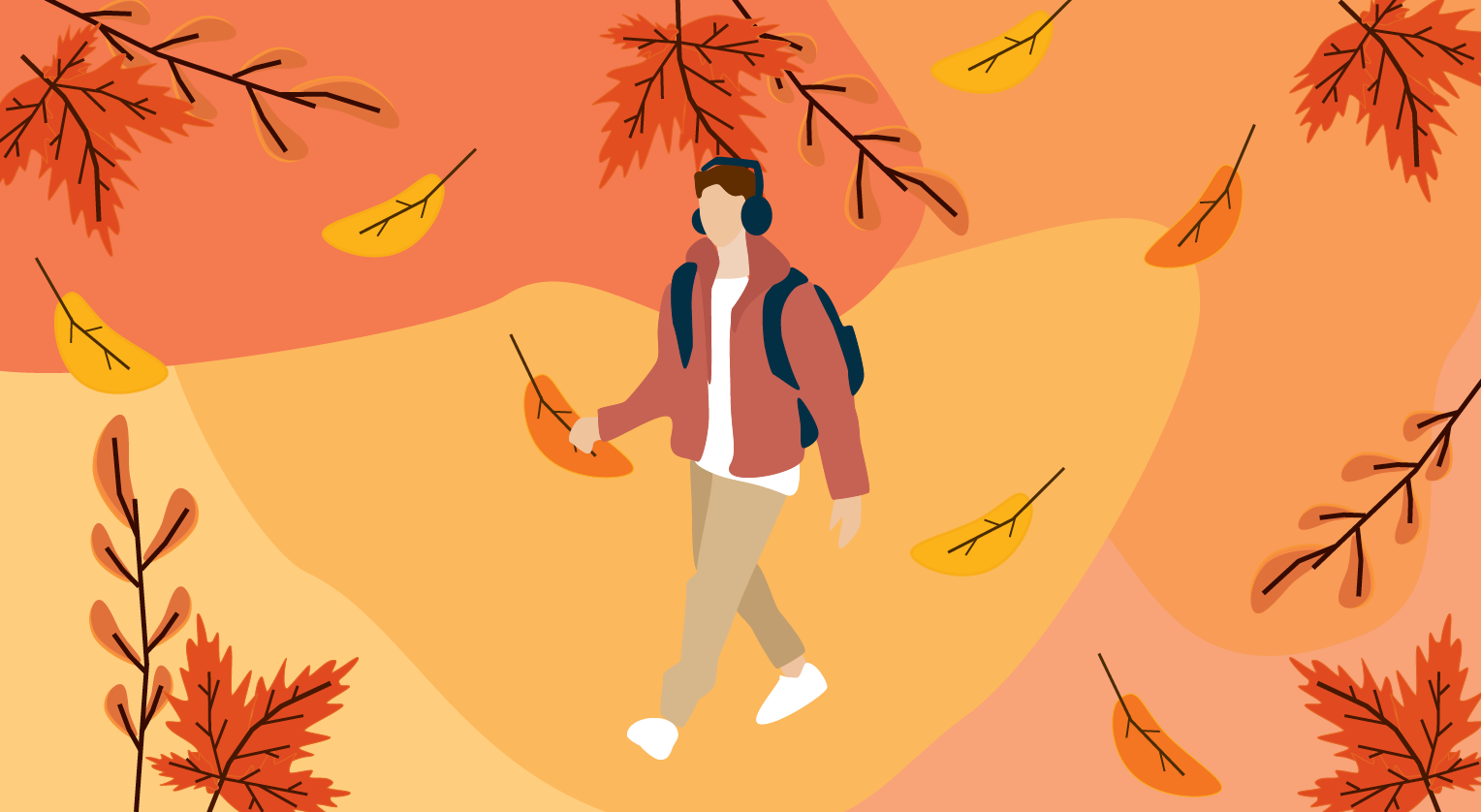 The Boston College students arrived for the fall semester and brought with them all their anxieties, excitement, and homesickness. Although they hail from across the country and the world, many BC students follow a few themes when curating their fall reading lists, especially when it comes to dealing with the emotions that accompany this new beginning.

In the name of research, I’ve interviewed college students in British Columbia, asking members of the Avid Listeners of BC club and stopping passers-by outside the O’Neill Library about the songs they’ve listened to so far this semester and why they chose them. Their responses revealed a variety of shared tastes, feelings and patterns among the students.

The result is a Spotify playlist as chaotic as the start of the year itself.

By far the most common reason for listening to songs was a sense of relaxation that has waned since the more carefree days of summer. The beginning of the year is a stressful time, between classes and getting together with friends, and some students use music to relax in their free time.

“Evergreen” by Yebba, “The Heart of Worship” by Matt Redman, “Warm” by Dre’es and “The Commission” by CAIN are some of the relaxing songs that many students rely on. If you’ve had teachers go over the syllabus on day one and every due date comes with an element of surprise, these songs can help you keep your cool.

Some songs from other students satisfy their nostalgia or lessen their homesickness. Some students live 10 minutes from the school, but others are across the country or even the world. They miss family, high school friends, or even a bed more comfortable than the school’s XL twin in their dorm.

These feelings are hard to shake, and sometimes letting nostalgia or sadness take over is the best way to feel better. Some of the songs that remind students of home are “I Am California” by John Craigie, “Burn, Burn, Burn” by Zach Bryan, “West Coast” by DVBBS and Quinn XCII and “Start Right Here” by Casting Crowns .

These songs won’t magically send you home, but they may help you come to terms with all the changes in your life.

However, the beginning of the year is not all stress and sadness. There is excitement for new possibilities and happiness that comes with the new semester, including the spirit of game days. Songs that capture the feeling of football victory for students are Chief Keef’s “Yes Sir”, Kanye West’s “Off the Grid”, Muse’s “Verona” and Jimi Hendrix’s “Little Wing”.

We could all use a few happier songs, and a few songs I’ve been listening to lately are “The Drunk” by Kiltro, “Dance Now” by JID and Kenny Mason, and “Watermelon” by Leo Kottke. These songs really capture a lot of my excitement at the start of my senior year.

Students draw from the depths of music history to more modern hits to organize their playlists. Everything from the Beatles and David Bowie to Maggie Rogers and Kanye West brings together these snapshots of musical hopes and moods from the semester.

Students go through a multitude of emotions at the start of the semester, and music is one of the best ways to deal with the bad and celebrate the good.