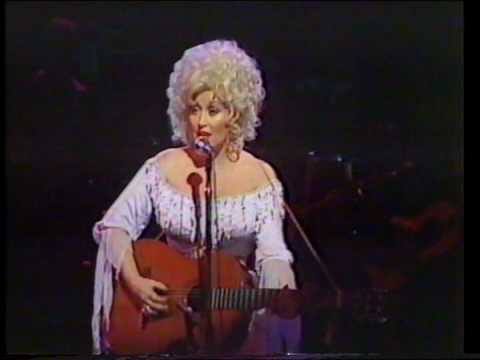 Don’t get me wrong, there’s no one on this green earth more worthy of having a great song written about it than mom. Your mother, my mother, even Marjorie Taylor Greene’s mother.

A list of songs that have been written about mom can include country songs, hip-hop songs, or rock songs. Maybe rock songwriters are too cool to express their love for their mothers, because there aren’t too many. Rappers and hip-hop do a really good job of singing tributes to their mothers. But these country people get gushing at the drop of a 10 gallon hat. A few of my favorites are “Mama Tried” by Merle Haggard, “Coat of Many Colors” by Dolly Parton, and “The Sweetest Gift” by Linda Ronstadt.

“Mama Tried” was recorded by about 20 artists, including songwriter, late Northern California resident Haggard. It’s a song of apology, giving her mother credit for doing all she could, “Mom tried to raise me better, but her plea, I refused. That only leaves me to blame because mum tried. It’s a classic honky tonk tune, full of regret and shame. Haggard sings about a life that didn’t turn out the way she wanted, but it’s definitely not her fault. mom.

Dolly Parton wrote her “Coat of Many Colors” in 1969, recorded it in 1971. It is said to have been written on the back of a dry cleaning receipt while on the bus on tour with the flashy Porter Wagoner. Parton wrote of a mother who made a coat for her daughter sewn from scraps of rags. She sings of the girl’s deep love for the garment, despite her classmates laughing at her for wearing such a tattered old thing.

The song, “The Sweetest Gift”, is a tearjerker and a favorite of bluegrass, gospel and country bands. Written in 1942 by JB Coats, Ronstadt included it in his excellent 1975 album, “Prisoner in Disguise”. On the record, she sings with Emmylou Harris, in what may have been Harris’ first connection to mainstream rock after spending time on the country circuit, notably with Gram Parsons.

In the song, a prisoner’s mother, showing that she still loves him because “no matter what he’s done”, visits him in prison. There, she gives him “the most beautiful gift, a mother’s smile”. Classic country song, three chords and the truth.

Moving away from songs praising mom for all the love she so readily shows, we can take a look at BB King’s great blues track “Nobody Love Me But My Mother” (1970). The song is long on shimmering blues bits as King is backed with understated brilliance by his band. The lyrics, “Nobody loves me but my mother, and she might be jivin’ too” puts a wry, conniving smile on all of us, as we too feel the blues from time to time.

This Sunday when we pick up the phone to call our moms, let’s try to extend our thanks to her. By not stopping at “I love you, Mom,” we could really brighten her day.

I’m thinking of “Hello in There” by John Prine. The wonderfully tender song is perhaps the most poignant ever written about older mothers, as all lucky mothers become.

Written when Prine was just 22 and appearing on his 1971 debut album, “Hello in There” is Prine telling a story with a clarity as simple as himself. “We had an apartment in town / Me and Loretta loved living there / The kids hadn’t grown in years / Their own life left us alone.

The sparse arrangement of the song, Prine’s soulful voice and…those lyrics…well, call your mother. Tell her you really love her. And maybe say “thank you” while you’re at it.

Happy Mother’s Day to all the wonderful women you are.