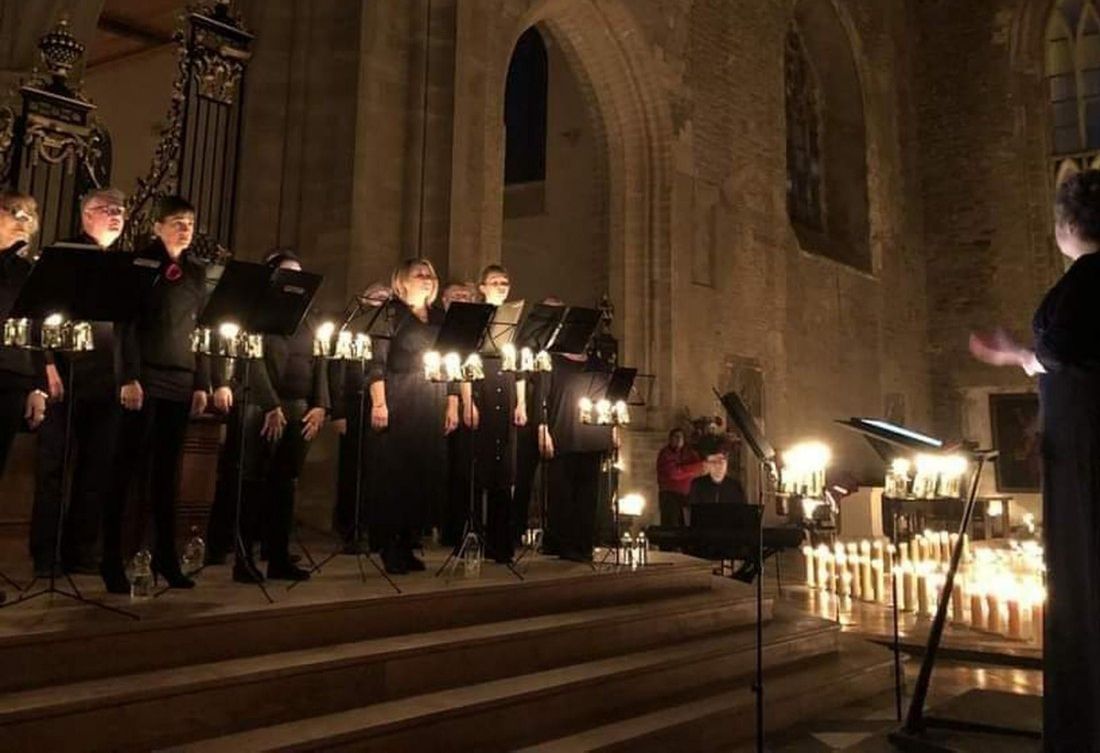 Soundwaves rehearse for their festive debut

A Dover choir, formed in a BBC competition, relaunched with a new name in a special Christmas concert.

The P&O Ferries Choir won a nationwide search to find the best workplace choir in a program hosted by Gareth Malone.

The staff were recruited and auditioned by the conductor, in 2013, before beating choirs across the country in a series of weekly rounds.

Since then, they have performed at a number of prestigious events and venues, including St John the Divine Cathedral in New York City.

Now, having lost financial support from the ferry company, the choir is relaunching as a charity with a new name – Sound Waves.

Some of the original members are still around, but they’re also looking for more singers – and sponsors – from the community.

Julie Williamson was the first choir seen on television to be recruited by Gareth Malone.

She said: “Covid has made us understand the importance of singing for our physical and mental health.

“Of course we couldn’t sing or practice together during the pandemic and we really missed that. We did a few rehearsals on Zoom but it’s not the same. It was quite emotional when we all got together for our first face-to-face rehearsal. We had missed it so much. The choir has become a big part of our lives.

Hilary Campbell continues as Musical Director, and their first public performance under their new name will be a Christmas concert in Dover on Sunday 19 December.

The program will include some old and modern Christmas songs, ranging from Walk in the air Snowman and Elton John’s Step into Christmas, to traditional Christmas carols which the public can join.

Doors open at 7pm at St Paul’s Catholic Church at Maison Dieu Road, Dover. Tickets are available at the door or can be pre-booked here.

To find out more about the choir and how to register, send an email soundwavesdover@gmail.com

Share with us the news of your city or village by becoming Zone Ambassador.