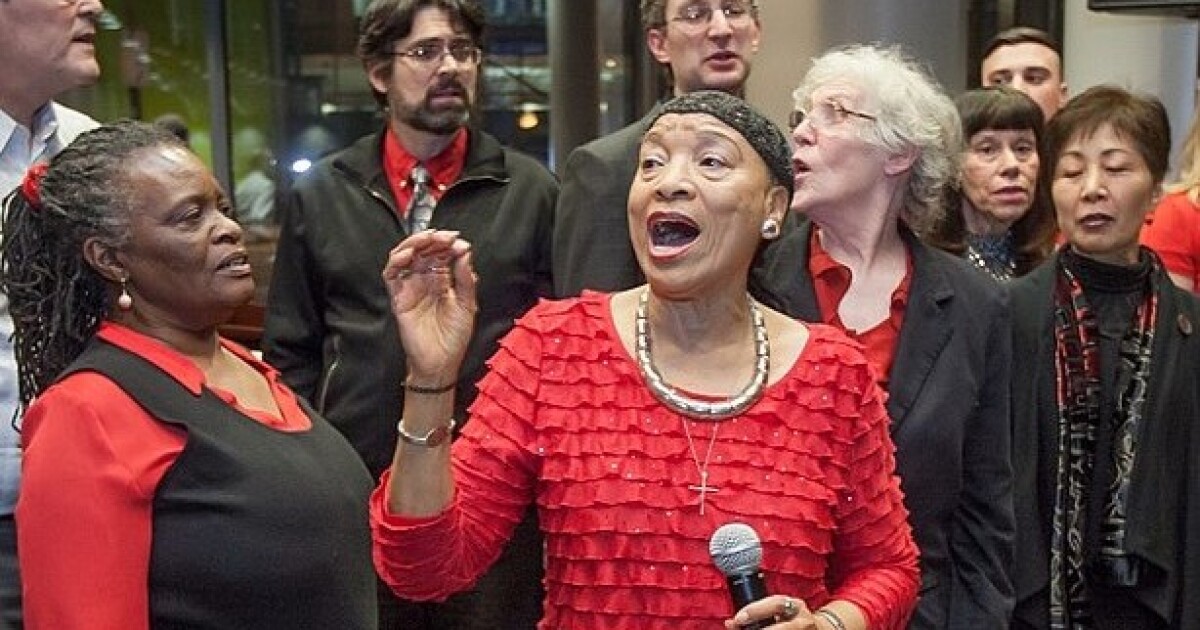 Patrinell “Pat” Wright lived a life dedicated to gospel music and service to his community. She died on August 30 after a long illness, according to friends.

Wright is from Carthage, Texas, born into a large family of Baptist preachers and teachers. She sang her first church solo at the age of three, and by 14 she was leading two choirs in her father’s church.

After college, Wright moved to Seattle in 1964, and in 1973 she founded Seattle’s oldest and largest community gospel choir, the Total Experience Gospel Choir.

The choir was originally created for black children and teenagers at Franklin High School and was associated with a similar program at Roosevelt High School. When both schools lost funding for such programs, Wright continued to instruct and lead the Mount Zion Baptist Church group.

In a 2017 interview with “Hella Black Hella Seattle” co-host Eula Scott Bynoe, which aired on KNKX, Wright said that when she started choir class in 1973, there weren’t enough people. space at school to take all the children. It was then that she turned to her church for more space.

Adults began participating in the choir in the 1990s, and as the ethnic makeup of Seattle’s Central District changed, so did the choir.

Listen to a 2017 interview with Pastor Pat Wright

The Total Experience Gospel Choir has recorded seven albums and performed in 33 states and 28 countries over 45 years, before their last appearance in October 2018.

“The Total Experience Choir wasn’t supposed to be together again,” Wright told Bynoe.

“We were ostracized and criticized because young people didn’t want to sing in their church choirs, but I got them lined up to get into Total Experience.”

What was the difference? “I didn’t preach to them, they came to make music,” Wright said.

By official proclamation, October 7, 2018 has been designated as “Total Experience Gospel Choir Day” in King County.

In 2019, the documentary film “Patrinell: The Total Experience” screened at film festivals across the country and won several awards.

Often dubbed Seattle’s “First Lady of the Gospel,” Wright loved awards and had a garage full of them. She was particularly proud to have sung for presidents, and more particularly for Barack Obama.

But his focus and mission has always been to serve his community, with an emphasis on supporting and uplifting young people.