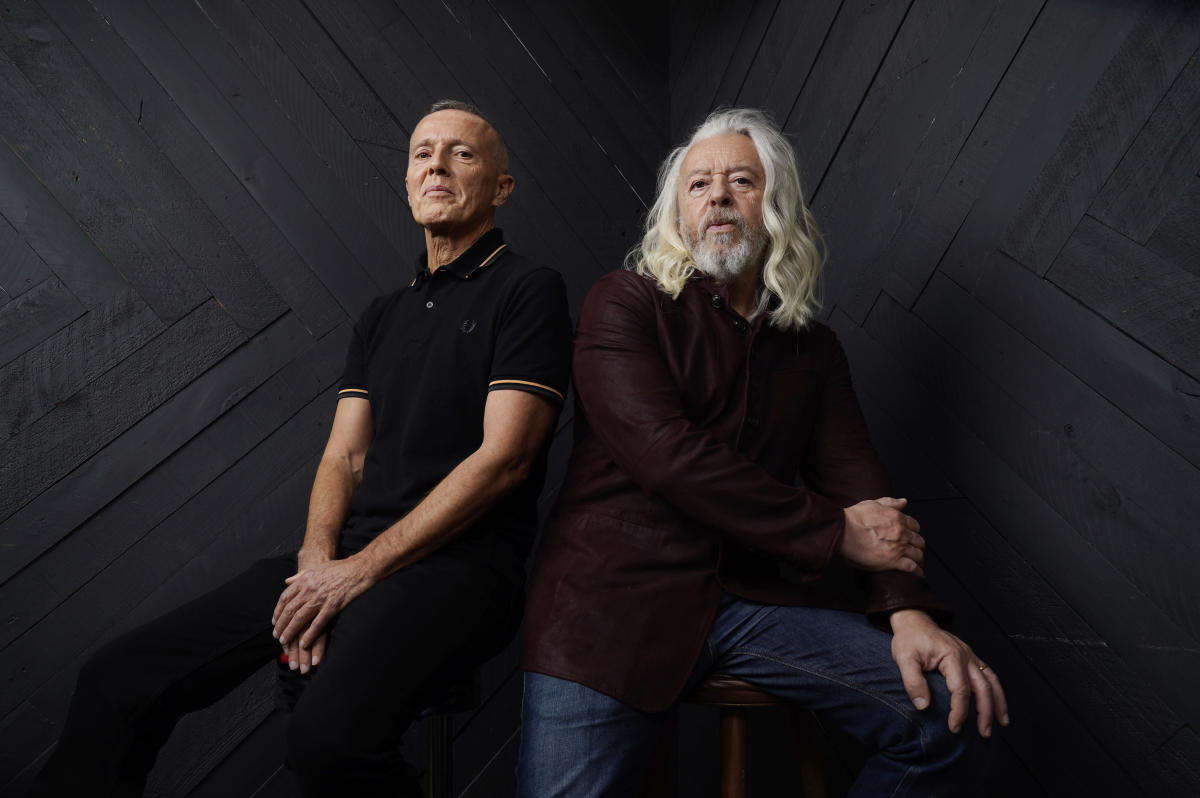 “We don’t like to choose something to look contemporary. It annoys us, ”says Roland Orzabal, half of the duo. Adds his teammate, Curt Smith: “If it doesn’t have depth, it doesn’t make sense to me.”

They took the songs that worked and then went back to basics – just two men and two acoustic guitars, like they had when they were teenagers – and eventually emerged “The Tipping Point”, a 10-track set that combines their trademark pop writing with thoughtful lyrics.

“There’s something about Tears for Fears that’s very special,” says Smith, 60. “If it doesn’t work, then it doesn’t work. When it works, it’s an absolute joy.”

New songs include “Break the Man,” a celebration of women and a call to end patriarchy, and rock “My Demons,” an examination of violent extremism. The title track is a heartbreaking song about watching a loved one descend into dementia, sadly inspired by the experience of Orzabal’s first wife.

“What I love about this thing that I’m most proud of is that we’ve been able to really, really plumb the depths of our souls and reveal the suffering,” says Orzabal, also 60. “It’s so moving that I can’t really listen to it.

The duo made their mark among the first wave of electronica that dominated the airwaves of the early 1980s, with hits such as “Mad World”, “Pale Shelter”, “Everybody Wants to Rule the World” and “Shout “.

Each album – “The Hurting”, “Songs From the Big Chair” and “The Seeds of Love” – was more ambitious than the last, revealing their influences, including Pink Floyd, Steely Dan and Little Feat. Unlike many of their 80s peers, they went to an emotional place, exploring depression, isolation, anxiety and insecurity.

“We were also musically ambitious. A lot of our heroes were great musicians and smart people, smart artists – Peter Gabriel, Paul Simon, David Bowie. We never felt like we were ever up to them, but that’s good because there’s a lot of space below — sub-engineer space,” Orzabal says. laughing.

“What we’ve combined are great pop songs with slightly subversive lyrics,” he adds. “Every generation comes along and finds ‘The Hurting’ and it means something to them because that’s what they’re going through. And what I love about this album is for me. I think we’ve come full circle.

For “The Tipping Point,” the duo saved five songs from their aborted songwriting sessions and locked themselves in Smith’s Los Angeles home to write the rest, along with their debut track, “No Small Thing.” , preparing the ground. It begins as a simple folk song that builds and deepens into a catchy rock song, teetering on madness.

“We kind of figured out that it had to have a story, had to have a flow, and then we filled in the blanks, basically,” Smith says. He liked the end result, something that even surprised him.

“I just didn’t think there was anything missing. In the end, when I got to the end of those 10 songs, I was like, ‘I’m happy now. I am satisfied.’ It’s the best feeling to have when you leave a studio.

The album’s final song – a revamp of “Stay”, which first appeared on their 2017 greatest hits album – is about someone caught in two minds: “Stay, don’t stay/Go , don’t go/It’s all or nothing.”

Smith wrote it at a time when he was considering leaving Tears for Fears and it evokes “the sadness you feel if you have to leave behind something that has been a big part of your life”, he said. . “I am painfully aware that the work we do together is far above what we can do individually.”

Orzabal and Smith admit that they have a very similar temperament – sensitive, a bit arrogant and a bit stubborn. “We are very similar,” says Orzabal. Compromising in the name of music can be difficult with such group makeup.

The duo’s path hasn’t always been easy, but time has revealed some practical truths they’ve learned – let go of your ego and connect with your heart. As for the future, it is in the air.

“We’ve definitely unlocked something, if that something will exist in the future or expand, we really don’t know,” Orzabal says.

Marc Kennedy is at http://twitter.com/KennedyTwits