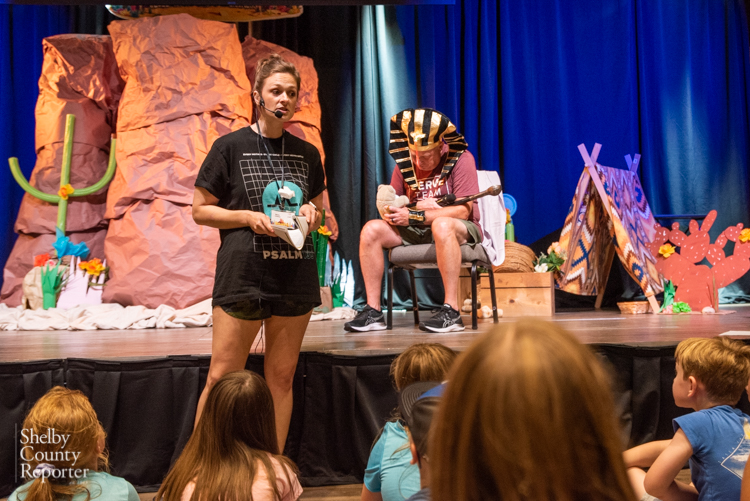 CHELSEA – A group of children talked excitedly to each other as they headed to their next Vacation Bible School activity at Liberty Baptist Church on the morning of Tuesday, June 7.

By the second day of this year’s VBS, the church had welcomed 219 children to its campus for Bible stories, science experiments, crafts and outdoor play.

“This is the first five-day VBS they’ve done in several years,” said Ashley Cox, who started as Liberty’s preschool and children’s ministries director in October. “It’s a great opportunity to share the gospel with 219 kids, and they’re going to hear it five times because it’s five days.”

With the theme “Monumental: Celebrating the Greatness of God,” children in kindergarten through fifth grade had the opportunity to “explore the sunny desert of the southwest as they dig into the great love of God.” .

In addition to hearing Bible stories and singing songs each day, the children participated in various group activities, including an imagination station, where they performed hands-on science experiments and crafts.

Since VBS was open to the community, Cox said it was a good way to invite newcomers to the church.

“I would say probably a quarter to maybe a third of the kids don’t go to church at all or aren’t affiliated with our church,” she said. “The goal is awareness, because it’s a great way for kids to bring their friends.”

“Everybody’s doing something, which is great,” Cox said. “They are all involved to some degree.”

At one of the imagination stations on June 7, third-grade students focused on completing an activity involving magnets.

“They really loved doing it because it was convenient all the time,” station manager Melissa Miller said. ” It was very cool. They were able to relate what they are learning today to this.

“They had a great time and all did really well,” Clements said. “All the leaders also did a good job.”