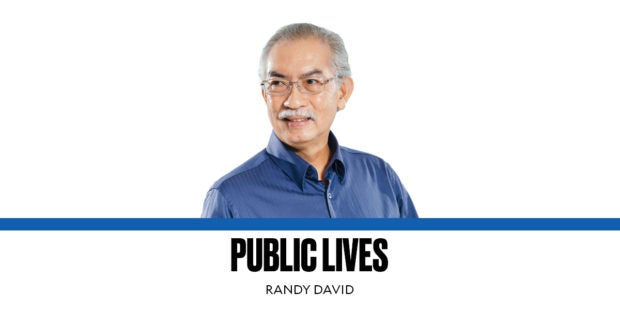 At least once every six years, we are invited to dream that lasting social change is finally in sight. And a lot depends on who we elect to be the next president of the country. If we choose well, so goes the line, our country and our people will be on the road to recovery in no time. But, if we choose wrongly, things will surely get worse.

This is the colloquial language of political mobilization, and I will not dispute its value for actively involving citizens in elections. But it must be stressed that this vision suffers from an oversimplification of the nature of politics and of the problems of society.

First, it makes the political system a privileged site that commands more importance than all other areas of society – family, economy, law, media, religion, science, education, etc. This romantic view attributes to government (or the state) the power to transform and control almost all conditions of social existence.

Second, he expects the president of the country to be wise, far-sighted and capable of radically transforming – within six years – the social realities that give rise to the problems that the masses of our people have historically faced. Chronic problems like hunger, illiteracy, oppression and injustice, unemployment, homelessness, drug addiction, etc.

Third, this view views the Philippines and Filipinos as isolated from the dynamics and imperatives of global society. It ignores the fact that global realities, such as they are, impinge on and determine the extent to which nations and regions can transform the conditions of their own societies. No other event in recent memory has demonstrated this truism in a starker way than the ongoing COVID-19 pandemic.

This exaggerated view of politics sets us up for inevitable disappointment in our leaders, our government and, yes, ourselves. More importantly, it reinforces the over-belief in the transformative power of individual leaders, including political strongmen and messiahs who promise the moon and stars to people long steeped in the culture of dependency and clientelism.

Likewise, this vision of politics diminishes the value of organized constituencies, popular organizations and social movements, which alone can put pressure on governments and hold accountable those who make decisions affecting the collective life of the people. This is why President Duterte, who overestimated his own political abilities, found no need for a political party or movement to help him carry out and pursue the vision of change he had. when he assumed the presidency.

As long as his ratings were high, he was content to ride the populist gestures he made early in his administration. He managed to maintain the illusion that he was an agent of change by doing certain things that no president before him had had the audacity to do. Superficial as it was, his theatrical presidency resonated with the people’s deep desire for a different way of running society.

During the election campaign, he used his record as mayor of Davao City to establish his credentials as a strongman – someone who was willing to kill to protect his constituents, flout the law to get results, to bully big business into keeping them online, to bully the media into suing their owners, to silence the Church by threatening to expose the alleged sins and abuses of the clergy, to get other politicians to submit by threatening unspecified charges of corruption, collusion with drug lords, criminal syndicates, tax evasion. For a time, he also succeeded in silencing the armed left by giving his candidates a chance to sit in his cabinet.

During the 2016 presidential debates, Mr. Duterte could barely conceal his ignorance of fundamental national and global issues. Yet he managed to project himself as a leader like no other.

Overnight, he became the sensational personification of all the unspoken resentments of the disgruntled and powerless in Filipino society. In their minds, there was finally a leader who could fearlessly overthrow the corrupt and unjust social order ruled by the oligarchy and its allies in the media, academia and church.

In his public appearances he was irreverent, disrespectful of institutions, vulgar, and seemingly indifferent to winning. It came out unpolished but genuine. His dark charisma lay in his ability to position himself precisely as the antithesis of an elitist, hypocritical and highly unequal society.

As he nears the end of his six-year term as president, Mr. Duterte has barely made a dent in the problems he has set himself to solve – the threat of drugs, the corruption in government, mass poverty, a dysfunctional bureaucracy, weak law enforcement. and the judicial system, etc. Curiously, he knew how to distance himself from the failures of government.

Trust in the government is low, but it remains popular. To make sense of this paradox, we must understand why voters chose him in 2016. It was not for the causes he defended, the promises he made or the positions he took on the issues. . People saw him as someone who could shake the post-Edsa ruling elites out of their smugness. Leaders like him, as we have seen, get us nowhere.

Politics that draws its energy from resentment rather than from a clear and shared vision of a better future is, in the words of the great Nelson Mandela, “like drinking poison and then hoping it will kill its enemies. “.