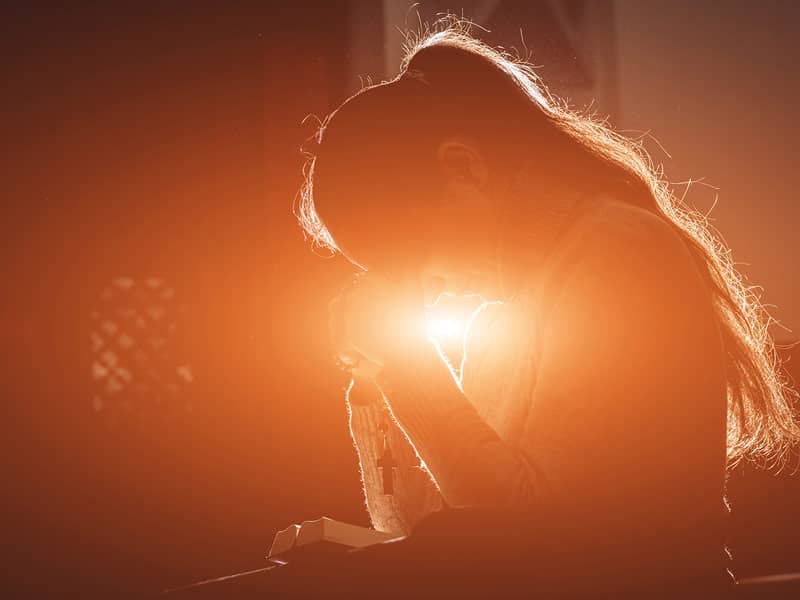 We all know and love the stories of people who boldly share their faith. We appreciate missionaries who shared the Word of God even though she might go to jail because of it. We admire someone who quit his job because he didn’t want to compromise his beliefs. We commend the student who stands up for Christ when a teacher challenges the truth of the gospel.

The Bible contains many inspiring stories like these. We are so lucky to have details written about Mary, Moses, Daniel, Abraham and other brave women and men who stayed strong in their faith despite the consequences or the costs. These Bible stories challenge us to take a closer look at our walk with Him and ask ourselves, “What would I do if that was me?

Esther’s story is a great example of someone who showed bold faith despite her fear. She may have been orphaned at a young age, but Esther grew to be God’s tool of deliverance for Persian Jews. Her story illustrates how we can boldly challenge our fears and glorify God. Esther was a young Jewish girl whom King Xerxes chose to be queen and brought to the royal court.

Marrying this king of an empire that destroyed and exiled her nation carried many risks for Esther; in addition to her identity in the house centered on her obedience and beauty. Fear would be a natural response for Esther as she stepped out in faith to help her people. Here are some things we can discover from Esther’s life as we desire to grow in our confidence to share God’s word with the world.

God built us to be bold.

Esther’s cousin Mordecai, who raised her after her parents died, persuaded Esther to use her authority to help the Jewish people, guiding her to a higher purpose. Mordecai drew his attention to the possibility that God wanted to use him in a place at a particular time in history. Esther was on a throne for such a time as this.

In modern times, God has given us positions, relationships, and opportunities to involve ourselves in the purposes of His kingdom. He asks if we want to get involved and if we trust him. He didn’t put us where we were so we could get caught up in our business. We need to stop waiting for more time or ideal circumstances before boldly sharing our faith. God has placed us exactly where He wants us, and we should be available.

Obedience is a choice.

One thing about Esther that many of us identify with is her early apprehension and fear of risking herself to save her people. The law of the nation was against her twice; first as a woman and then as an Israelite. Going to see the king without being summoned was usually punished by death. Worse still, Esther wanted to save her people, which was a monumental task.

However, Esther was not immediately on board with her calling. She found fears and excuses, like all of us. Ultimately, God will carry out his plans whether we are ready or not. When Mordecai acknowledged this, he said, “If you persist in keeping silence at a time like this, help and deliverance will come for Jews elsewhere.”

It can be easy to miss the significance of Esther’s obedience to God’s plan; she had a choice. She could have accepted her God-ordained place as Queen and risked her life to save her nation, or she could have protected herself and remained silent. She chose a path of blessings and joy when she decided to play her part in God’s plan.

The book of James reminds us that we are to do what the word says, not just listen to it or read it. This verse challenges us to pray for chances to be bold, to see those opportunities when they come, and to obey when they come.

Don’t be afraid to ask God.

Esther’s faith was not blind; instead, it was bold. She recognized the cost, accepted the risk and acted. In Esther 4:16, we see Esther choosing obedience to God over obedience to earthly rulers when she says, “And therefore I will go to the king, which is against the law; and if I perish, I perish! Instead of avoiding difficult things, we should ask God for boldness in prayer. Another beautiful truth we learn from the Bible is that we don’t have to muster strength and courage on our own. God gives us the bold and courageous Holy Spirit. All we have to do is submit to the spirit of God within us.

Don’t be afraid of ask God for bold faith. This is how we can see clearly and walk with confidence in difficult times, like Esther and many others in the Bible.

God is ready to do something new through and in us, but we must choose to take a risk and step out to act in faith. Maybe God has directed a major life change you didn’t expect so you can serve others. Maybe he put you in a position at work that allows you to influence someone’s life. God will close and open doors in your life because he is guiding you to see the big picture. If we are patient and open to his call, we can fulfill his plans for the people around us and for us.

Esther is the perfect example of bold faith. Like all of us, she had fears and doubts about pursuing God’s plan. However, she was obedient and following God’s plan. She didn’t know what God had in store for her, but she still trusted him. Many of us are waiting for the right moment or the ideal conditions to carry out our projects. Instead, we should follow Esther’s example and boldly ask for what we want.

When God comes to us and says He needs our help to carry out a plan, the first thing we ask is, why us? Instead, we should ask, why not us? God saw something in you that he felt he could use to uplift his kingdom. So the next time God wants to use you, answer His call.

Lauren McKeithen is a graduate of University College of the University of Maryland and has always had a passion for writing. She strives every day to follow the path God has laid out for her.